The next generation: Amit Puntambekar

Having witnessed their retailer parents working long hours in convenience stores, many would run in the opposite direction. But Amit Puntambekar (pictured), Jason Sichel and Faraz Iqbal have all opted to take on the family business. C-Store quizzes them on what made them choose convenience retail as a career, the changes they have made since being in charge, and their plans for the future 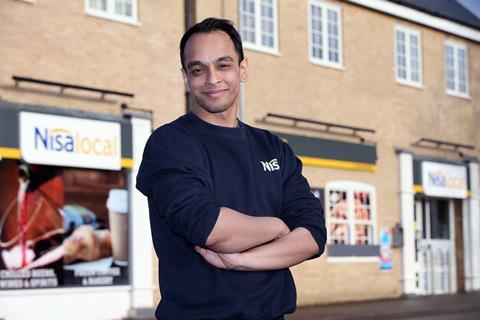 Despite his aim to study at Cambridge, masters graduate Amit ended up ditching his PhD for RRPs and has found the learning never stops in retail

For most of his life, Amit loathed the idea of taking on his parents’ c-store. “I’d never been interested in retail when I was younger, I hated it,” says the 27-year-old.

“It’s a really challenging job running a store – you don’t appreciate that as a kid,” he says. He concedes he was resentful that his parents were tied to the store. “I’d see my friends and their families going on weekends away and summer holidays and I’d think ‘Why can’t we do that?’ Growing up, I thought ‘I don’t want to give my life to this’.”

As a result, he avoided the store as much as possible. “I barely worked in the shop,” he says. “I rarely helped out.” 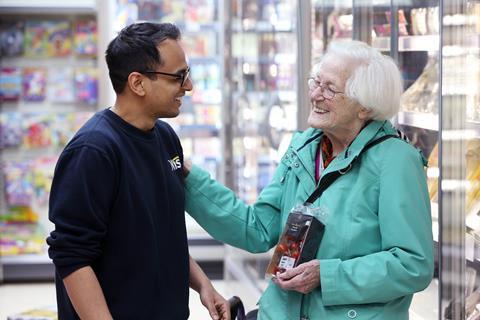 Luckily for Amit, his parents were understanding. “They felt if I didn’t want to work in the store, then they weren’t going to make me. I have to give my parents a lot of credit, it was an incredible attitude to have. My parents gave me complete freedom to do what I wanted.”

He explains that this was especially important to his father, who had to make numerous sacrifices during his own youth. “My Dad came from almost nothing – he was homeless in India,” says Amit. “He got support to come to the UK, but he had no qualifications and didn’t have a penny to his name. He wanted to give me choices he never had.”

As a teenager, Amit had his heart set on a very different career. “From 15 or 16 I always knew I wanted to go into academia, to study politics and teach at uni. I did a degree in politics at the University of East Anglia, and then a masters in International Relations at Warwick University.”

Amit then began preparing a proposal for Cambridge University to do a PhD in International Security, but everything was thrown into disarray following the UK’s decision to leave Europe in 2016.

“Brexit stopped my plans,” he says. “A lot of funding for social studies comes from the EU. I’ve always done what I believed in in the past, but I had a deep look at academia – where it’s going financially, what style of life you have from it. I thought I can always go back into academia, but if I get some work experience in London I can save up some money so I’m not too pressured.”

A sales job at a renewable energy company gave him “fantastic” pay, but left him “miserable” and unfulfilled.

“My Dad said you shouldn’t do what you’re not happy doing. He said: ‘You have no financial commitments, you’re free to do whatever you want’, so I apologised to the company and left.”

He went back to preparing his proposal, while helping out at the store in the mornings. By this time his father had retired and the store had been run by staff for the past two years.

“Dad was in the process of selling the business– he had a buyer lined up and the sale was going through,” explains Amit. “I was just working on the tills, helping with deliveries, chatting to older customers: I loved it. About three or four weeks in I stopped caring about my proposal and I started thinking more about the shop. I said to Dad: ‘Do you think I could handle this?’ He said: ‘No’ – he knew exactly what to say to make me work harder. He said: ‘Prove to me you can run it and I won’t sell it’.”

Over the coming months Amit learnt every part of the shop and took on the running of the store in October 2017. “I’m a bit of a nerd on sales and data,” he says, noting that “volume, margins and background operations became a lot more slick and efficient.”

But it was about much more than boosting profits for Amit. He was keen for the store, which has been in the family for more than 30 years, to have an impact on the wider community. “I always believed I could make a difference, that’s the main reason why I wanted to teach at university,” he says. “I was really conscious of just being in the shop and what it means to run a family business. It’s not about making money, it’s about giving back to the community. I’ve made us much more involved, working with local groups.”

Getting to know his customers was another priority for Amit. In fact, it was his time on the shopfloor that sowed the seed for the store’s recent refit.

“I end up spending two hours every day just talking to people,” he says. “I have a good idea of what my customers like – certain products such as cheesecakes and tiramisu should have been selling, but they weren’t. What I was finding in my old chill decks was that we were running out of space. Things weren’t displayed well. That’s what made us do the refit.”

Initially, he just wanted to put in some new refrigeration, but it soon snowballed into a full-blown refurb. “We thought we might as well just commit to it properly.” 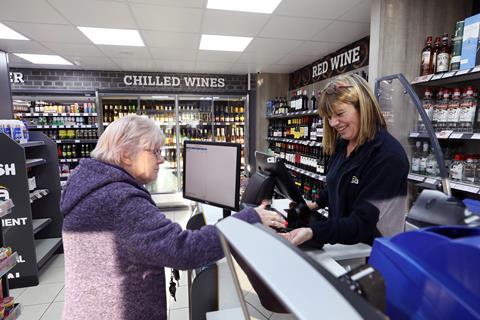 Amit found he enjoyed interaction with shoppers, and his time on the shopfloor led to the store’s recent refit and improvements

His studious nature stood him in good stead as he spent about 15 months planning the refit. “I did 12-13 revisions of the plan before I was happy with it,” he says. “Over those months I travelled all round the country visiting Nisas and Spars and so on, looking at what made their refits successful, what was driving sales. I went to Northern Ireland with the Association of Convenience Stores, and Germany. I looked at what works in bigger stores, what didn’t work so well, trying to pick holes, how we can change it for our site. It was really essential for how we’ve got where we got to.”

During this time, he was pleasantly surprised to discover the warmth of his fellow retailers. “The retail community has incredible people,” he says. “I thought when I joined that it was very secretive, but what I found was an incredibly open community of people willing to share their ideas. Jamie Keshwara gave me loads of advice and so did Siva [Theivanayagam]. Sunder Sandher advised me on getting a Tango Ice Blast machine, and Rav Garcha is a fantastic guy.”

Retail is proving to be a process of continual development and Amit is eager to learn from his peers. “You’re bonkers if you think you know it all,” he says. “These guys have over 100 years of experience, I’m always asking them questions. I ask them: ‘What’s worked for you?’, ‘What hasn’t worked previously?’.”

The refit was completed last month, but Amit remains open to new ideas. “We’ve got an Aldi opening up nearby. We’ll take a small hit, but it makes you consider where we can improve. Sometimes people get a bit too nervous when new things happen, but it’s a challenge. What can we do to improve? Why do people shop with us? Can we give them other reasons to shop with us?”

Before working at the store, he says he failed to fully understand convenience retail. “I thought it was about standing around selling tins of beans, but a lot of the work at the back is really challenging: looking at different sales numbers; trying to figure out why things are happening; looking at weather patterns and seasonal sales; doing all your buying from different wholesalers. It’s a different skill set.”

Although he admits he felt a pang of jealousy recently when one of his friends started studying for a PhD at Cambridge, Amit has no regrets about his decision to take on the store. “When you’re passionate about something, you don’t mind getting up at 6am and finishing at 9pm. If you told me 10 years ago I’d be here and had done a six-figure refit I’d have said you’re completely crackers. I never thought I’d be in this situation, but I’m happy as I am, it’s brilliant.”