The World Cup for convenience

The Rugby World Cup in Japan is now well underway, and there is no doubt that retailers are benefiting, says HIM’s Giorgio Rigali 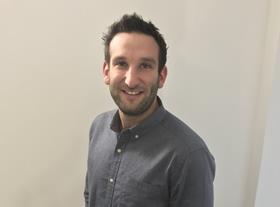 The Rugby World Cup in Japan is now well under way, and there is no doubt that retailers across the UK are benefiting from increased footfall and sales of the core ‘sports fan’ categories beer, crisps and confectionery.

The tournament runs until early November, offering a significant run of time for retailers to capitalise on. We recently surveyed 1,000 consumers to find out their plans for the Rugby World Cup and have identified stats that highlight the opportunities for grocery retailers.

Our survey showed that the Rugby World Cup will be watched by 50% of UK shoppers. Of these, 74% will take in the tournament from the comfort of their own home, 18% from a friend’s home and 18% from a family member’s home. With only 15% of shoppers saying they will watch alone, retailers have the opportunity to attract party hosts who will be catering for a group of people.

Having lots of choice is of highest importance to shoppers when purchasing for this occasion. Therefore, having a wide range should be prioritised.

It’s generally held that the key ingredients for a ‘sports night in’ are beer, pizza, crisps, chocolate and soft drinks. Now I know this isn’t the case for everyone, but these are still the most popular components and retailers should not forget this. Getting the core components right should be of the highest priority before considering going outside of the box.

To sum up, the Rugby World Cup will attract a huge number of viewers, particularly in the later stages of the tournament. Due to the timings of the games, the majority of these viewers will be at home when watching. Convenience retailers are in a prime position to cater for these shoppers and should use POS to drive footfall and highlight the offering they have available.