Who will enforce mandatory face masks in shops?

Mandatory face coverings for customers and staff in Scottish stores came into effect last Friday and so far, the industry seems to have avoided any ugly incidents due to a common-sense approach from retailers. 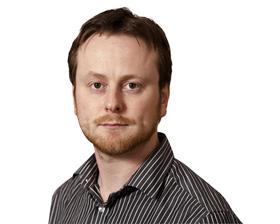 Talk of a similar proposition being introduced in England began last week with Prime Minister Boris Johnson hinting at it. However speaking on BBC at the weekend, Michael Gove said shoppers should be trusted to use their common sense on the matter rather than having it enforced upon them. Since then Johnson reiterated his wishes for face coverings to be worn in stores and suggested that a proper decision would be made this week. While two senior government officials being totally at odds on this matter does little to inspire confidence among retailers, at least the model will have been in operation in Scotland for some time so some best practice can be gleaned from stores north of the border. It eventually took a third government official, George Eustice, to go on BBC Breakfast and confirm that it is definitely happening and will be implemented from 24 July.

Now that the decision has been made, the most vital aspect is that retailers have the support of the police should a situation turn ugly.

In Scotland, the majority of concerns centred around who is actually enforcing this. Retailers have been assured that it’s not up to them to tell customers to wear a mask, but they are at the front line of dealing with the public and they have to assess if the situation requires police intervention which may not happen before the customer in question has potentially hurt someone. It’s little wonder that a “light touch” approach is being used amongst Scottish retailers right now and in England from 24 July.

The issue is a perfect example of introducing a measure but not considering who has to carry it out or perhaps not even caring. Retailers have been forced into these positions before so let us hope that this time they will have the support to ensure they can protect themselves and their customers.

Will you be enforcing mandatory face coverings for customers in your store? Let us know by emailing aidan.fortune@wrbm.com.