Given that convenience stores play a vital role in local communities, now could not be a better time to venture into home delivery when shoppers need it most, writes HIM’s Sarah Alhadeff. 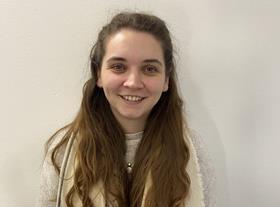 The outbreak of coronavirus has led to a surge in shoppers using home delivery services from grocery stores, primarily supermarkets. However, an increasing number of convenience stores are also jumping on the delivery bandwagon, whether using a third-party delivery agent or doing it themselves. Availability is still limited, with 48% of shoppers saying they aren’t aware of such a service at their local convenience store.

In the current climate, it’s hard to imagine a decline in the demand for home delivery services for the foreseeable future - and many forecasters are speculating that online delivery could be a habit that many hold on to past the imposed lockdown. Several of the grocery multiples have said that demand is outstripping their capacity to fulfil orders, meaning that many shoppers aren’t able to get a delivery slot, in some cases for weeks.

When we asked shoppers if they would consider using a convenience store delivery service, 19% say they would definitely use the service, 15% probably would and 19% possibly would, demonstrating the potential for online missions serviced by the convenience channel.

Where the potential really becomes apparent is when we look at how shoppers say they behave in store vs. online in supermarkets and convenience stores. On average, 23% say they would buy more products online compared to in-store and a fifth say they would spend more. For shoppers who have shopped in a convenience store in the last seven days, the former rises to 26% and the latter to 23%.

Nationwide, convenience store retailers have been rethinking their delivery offering so that they can best fulfil local demand. Independent retailer Chaz Chahal re-launched the home delivery service from his Simply Fresh store in Worcestershire. The new ‘buddy system’ helps to better manage demand as each of his volunteers are paired with up to three local shoppers who require home delivery. On a bigger scale, Uber Eats is offering free delivery on convenience store orders, available from more than 600 UK c-stores, and just this week McColl’s announced a partnership with Deliveroo to offer online deliveries for the first time.

According to our Channel Pulse data, 13% of shoppers report that their local store has started offering delivery since the coronavirus outbreak began. Given that convenience stores play a vital role in local communities, now could not be a better time to venture into home delivery when shoppers need it most.