Last year a ram raid caused £200,000 worth of damage to Spar Lindford and left owner Julian Taylor-Green facing an uphill battle to keep his store trading whilst making endless calls to contractors, suppliers and his insurer to ensure the future of the business 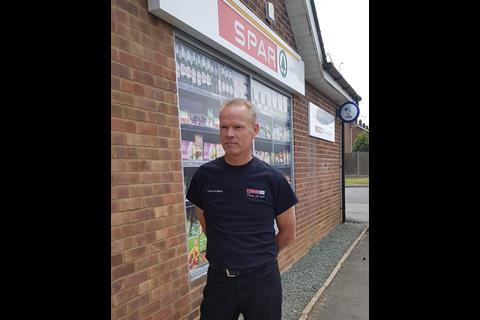 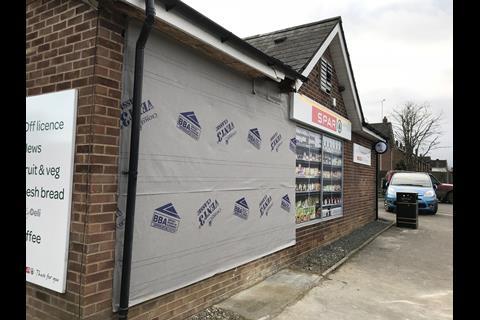 The external damage was quickly patched up, hiding the damage behind the scenes 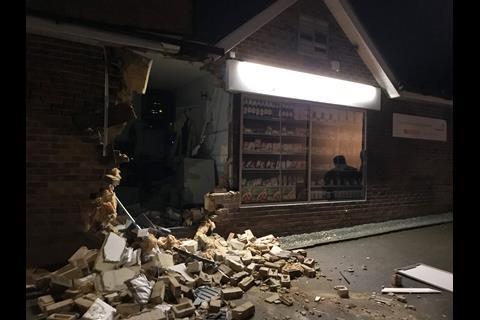 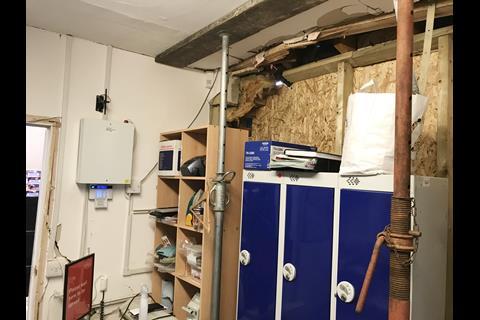 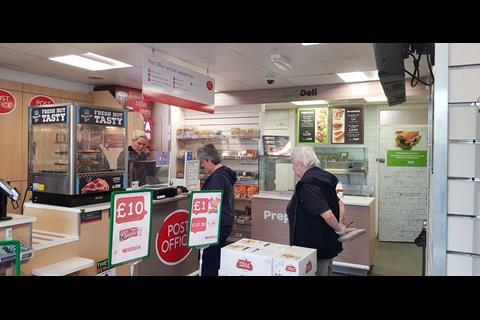 The post office now provides a full offer, but in the period directly after the ram raid could only accept card transactions

Julian Taylor-Green has built a successful career in retail, spanning decades. He has managed many challenges in this time, but the toughest by far came at 2.20am on Sunday 28 January 2018, when he and wife and co-owner Jackie were awoken by a call to say his store’s alarm had been activated. Spar Lindford in Hampshire had been ram-raided.

A telehandler tractor had been used to free the external ATM, which was driven off in a pick-up truck. The vehicle had forced its way through the side of the building and into the back office wall with such ferocity that the four metres of chillers running along the back wall of the adjoining store were shunted forward three inches. The vehicle also took out the roof, which was home to a decommissioned refrigerants pack, risking bringing down huge chunks of plant.

“The ATM unit had only been installed on the Monday before,” says Julian. “We believed it would bring in people who’d never come to the store before. We’d sat for six months with Cashzone going through the process.

“I saw the rubble and the police and my heart sank.”

But Julian and Jackie couldn’t afford to stop and reflect. The pressure was on to ensure that the business was up and running again as soon as possible. The store opened at 7am as usual, but while the shop was still operational as far as customers were concerned, behind the scenes it was hanging by a thread. Local builders were on site trying to stabilize the building, and a structural engineer came to evaluate the damage. Julian was told that the back office was out of bounds and replenishment was impossible as the stockroom was deemed unsafe.

The store had no choice but to relinquish cash from the remaining ATM and post office. “The internal ATM was decommissioned and the post office organised all of its cash to be removed from the building,” says Julian. “We could trade with a post office, but people could only pay there by card.”

It was better than closing altogether, but clearly meant some customers would go elsewhere. “We lost half of what we do – local businesses couldn’t do their banking here. All the people who came in and collected their pensions, did their shopping and walked out with two bags didn’t come. We saw sales drop by two-thirds on a Saturday.”

Despite this, Julian and his team were determined to serve customers as best as they could. “We had to get an external container to use as a stockroom,” he says. Even this wasn’t straightforward, though. “We had to source it and get it insured, and find out what kind of lock it needed, what could be stored in it and when it could be opened.

“It took up three or four parking spaces and made it more difficult for people to access the store. I had customers complaining about the noise and the alarm, which went off every time the back door was opened for staff to gain access to it.”

As the weeks went on, Julian claims the business “went into freefall”. “Customers were starting to get frustrated,” he says. “The issue was they couldn’t see the problem from inside. The sympathy ran out quite quickly. Customers just assumed we were refitting, not repairing. Staff could see the dip in sales and wondered what the implications were for their jobs.”

While trade was down, bills were piling up. “The problem from our point of view was that we’d been operating the business with gearing based on past sales. January and February are always the most difficult times of year, so all of a sudden to find the business was down 20%, but pay was still X amount and we had no cashflow was tough.

“All the service companies started to invoice us. Plus, suppliers were coming in for monthly accounts and you’ve got no cash coming in.”

There were few positives on the police-front, either. “The police know one of the culprits, they’ve got DNA, but because they can’t substantiate he was there [in-store] at that time, there’s no further case. But what they’ve indicated is that there are several gangs within an area and several of the guys that do the jobs work for multiple gangs in more than one county. The Metropolitan Police are holding the bigger picture and hope that sooner or later they’ll get one and then tie a number of others to it.”

Thankfully, there were small rays of light. Julian claims that wholesaler AF Blakemore was very supportive. “Their Business Development Manager came out and there were regular phone-calls. They knocked all the minimum order requirements on the head. They were ready for delayed deliveries and extending credit terms.”

And Julian sings the praises of his team, too. “They didn’t see me for big chunks of the day because there wasn’t an office space.”

After various assessments and safety checks, the repair work was finally able to start in March and by mid-April last year it was complete.

Julian is still thanking his lucky stars for an amazing summer, which meant that the business was miraculously back on track in record time. “We did a 6,000 leaflet drop to explain it’s business as usual. The weather and football helped so we got some momentum quite quickly. So as it goes the current financial year we ended up being 3.8% up.”

However, he is still trying to claim his lost earnings. “There was £200,000-worth of damage when you take everything into account,” he says. “The physical pieces are easy to do, but the loss of revenue is difficult.”

And, of course, the emotional ramifications of such a serious crime are omnipresent. “When people pull these stunts, I don’t think they’re aware of the impact,” says Julian. “Sitting in the shop afterwards, you think ‘it could be my home’, because for most independent retailers you put your heart and soul and life into it. It’s an invasion of privacy, like someone walked into your house and decimated it.”

Yet what could have been the end for Spar Lindford has instead ended up making the team stronger. “If it hadn’t been for the staff upping into 6th or 7th gear, it would have been so much more difficult. It was the time when everyone knuckled down and got on with it.”