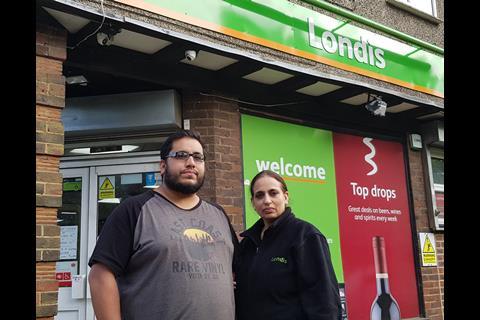 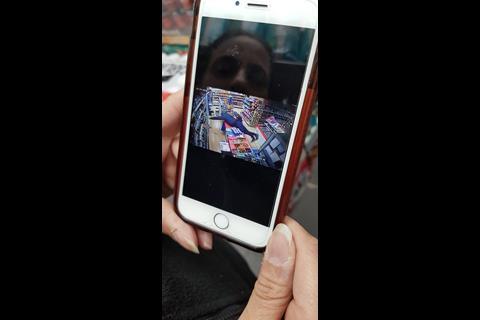 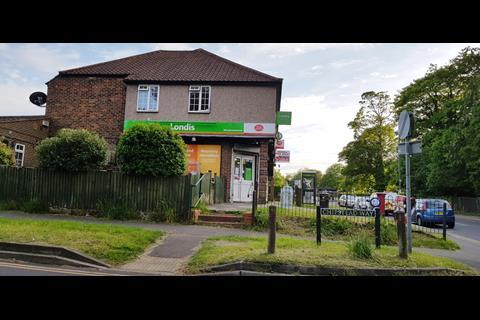 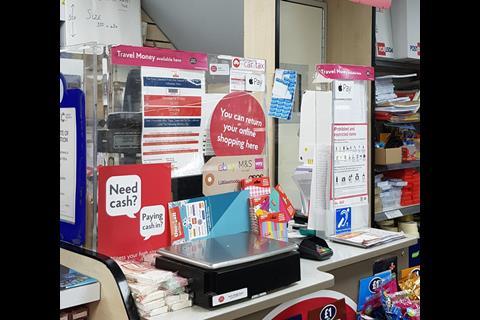 When a robber pointed a gun at store supervisor Raj Kahlon on December 12 last year, his whole family rushed to his defence.

“It was 9.04pm and I was cleaning the coffee machine,” recalls Raj, who works alongside his parents, Amarjit and Sukhbinder (aka Sukhi), at Londis Woodmansterne in Surrey. “I was going to wash my hands when I heard a loud noise. At first I thought it was a drunk customer, but a man in a balaclava had jumped on the till. I went to confront him and then I saw the handgun and thought I’d take a couple of steps back and reassess the situation.”

In the family home behind the store, his mother, grandmother and brother were about to sit down for a meal. “There’s a camera in the house and when I saw the man jump over the counter I told my youngest son, Sunjit, to call Dad,” says Sukhi.

Amarjit, Sunjit, Sukhi and her mother then headed into the store. “He was pointing a gun at my son,” adds Sukhi, who is visibly shaken at having to recall such a harrowing event. “I came out because I was angry.”

Raj tried his best to speak calmly in order to diffuse the situation. “I couldn’t tell if it was a real gun as the man was waving it around,” he recalls. “He was raising his voice, swearing and getting more aggravated, demanding access to the safe. I told him it was time locked. He was hitting things with the gun. He threw the epos screen on the floor.”

In a bid to appease the attacker, Raj offered him money from the post office till. “I could see he was getting more and more frustrated. I thought ‘What if he fires at my family?’ So I opened the till and he took what he could. I tried to grab him when he climbed back over the counter, but to no avail.”

Despite the family’s attempts, the robber made off with £2,500 cash with the aid of a getaway driver. “We have a spray at the top of the door, but it had been installed the wrong way round,” says Raj. “My Dad pressed the alarm, which should have signalled to police and the DNA marking system, but it didn’t work. I also told my brother to get the licence number of their car, but it had fake plates.”

However, Raj was extremely observant and when the police arrived, he was able to provide them with a detailed description of the attacker, backed up by CCTV footage. “I recognised a distinctive scar on his face as it was only half covered by the balaclava,” he explains.

Following the event, Raj was largely in a state of disbelief. He describes the night as “like the Twilight Zone”.

“We thought it was a relatively safe village, the police hardly had to patrol the area. I’ve been around guns before when I lived in the US, but I just never expected it in a village.”

Devastatingly, the store was attacked again, just a fortnight later, in the early hours of the morning. Three men broke in armed with a hammer, fire extinguisher and battering ram. Again, the family rushed to the shopfloor to try to put the attackers off, but there was little they could do to without risking their own safety.

“They sprayed the fire extinguisher on the whole family at 3am,” says Sukhi. “We called the police as soon as we could. The criminals must have had an idea how long the police would take – they knew they had enough time.” On this occasion, the men made off with £25,000-worth of stock and an additional £4,500 from the post office.

Amarjit and Sukhi are currently going through the painstaking process of making an insurance claim, as well as attempting to gain financial support from the Post Office.

The attacks have also left the whole family in a profound state of anxiety. “We’re more vigilant with everybody – you have to be extra careful if you see a new face,” says Raj. “You don’t want to judge a book by its cover, but you don’t want to give people the benefit of the doubt either.”

Sukhi is equally on edge. “A lot of things have changed,” she says. “You can’t relax [at home] and watch TV, your eyes are up and down watching the CCTV. If two or three people are in the shop I send my other son down to help.”

The attacks even brought the very future of the store into question. Raj considered a new career, but was reluctant to leave his vocation. “At one point I thought maybe I should get out and do something new, but I’ve been in retail all my life.”

Amarjit also contemplated quitting, but Sukhi refuses to give up on the business in which she has invested so much of herself. “My husband was so upset about it,” says Sukhi. “He said he wants to sell the store, but I said ‘No, I’m not going to hide’.

“It makes me angry. We work so hard, seven till 10, seven days a week, not spending time with family. We don’t go on holiday, we’re here working and someone took that from us. I’m not going to tolerate that.”

Instead of giving up, the family has upped the store’s security measures to provide more peace of mind. “We have to do everything differently,” says Raj. “We’ve changed our routine and we now close up in a certain way. We can’t just have one person in the store and house, there’s always two, and we’ve reinforced the door.”

Meanwhile, Sukhi has been sharing information with other local retailers, some of whom also have CCTV footage of the same gang breaking into their stores.

So far, the police have managed to track down one of the gang of three who attacked Londis Woodmansterne.

They have successfully charged and convicted Lewis Vivian, the man who held Raj at gunpoint. He was arrested on 5 January after CCTV images from the store were circulated in the media and as a result was identified by two officers from the Metropolitan Police, who contacted Surrey Police.

Vivian attended Guildford Crown Court on 20 May and was sentenced to 12 years in prison.

Detective Constable Martin O’Neill, who investigated the incident, says: “Fortunately, no one was injured during the robbery, but this was a terrifying ordeal for the family who run the post office and one which will haunt them for the rest of their lives.

“I would like to praise them for their immense bravery in coming forward and giving evidence, and hope that the sentence given to Vivian will help them come to terms with their ordeal.”