The wrong side of the track 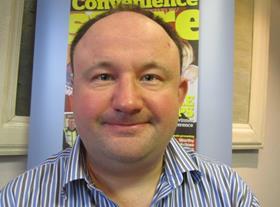 The new Track and Trace regime for tobacco is turning out to be painful and difficult for retailers. Not in concept, but in execution. The instructions are unclear, the registration website is confusing and it is available only in English, which is causing stress and anxiety among the trade and resulting in a huge amount of time being wasted. Wholesalers and manufacturers are doing what they can to help, but levels of support are uneven at best.

The big problem is that it will lead to lower levels of compliance than would otherwise be the case. There are significant numbers of store owners who don’t have English as a first language, and many who operate on such a thin line of viability that being out of stock of tobacco, even for a day, threatens their business.

Responsible retailers would never turn to the illicit trade, but there are always a few who operate on the margins and, if they cannot buy tobacco from their usual source, might be forced to find an alternative.

The point of Track and Trace is that everyone should benefit except the criminals – retailers will be able to buy stock with confidence, wholesalers will get their fair share of the market, and government tax revenues will be maximised. By making the system difficult and complicated to register, Track and Trace runs the risk of excluding traders from the legitimate market not because of their own choices, but because of the lack of understanding by authorities as a whole.