Imperial Tobacco is set to launch a new range of flavour cards which will allow adult smokers to mentholate their cigarettes or rolling tobacco, ahead of the ban on mint and menthol flavoured tobacco products from 20 May 2020. 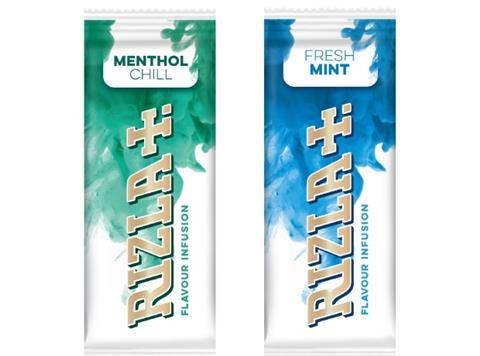 Set to hit stores from January, the Rizla Flavour Infusions cards will mentholate a pack of cigarettes or rolling tobacco just 60 minutes after insertion, or can be left in for longer should smokers want a stronger flavour.

The “easy to use” cards are packed and wrapped separately, allowing retailers to sell them individually at an rrp of 25p each.

Rizla Flavour Infusions will offer menthol shoppers a “fresh new proposition” and help retailers protect their sales ahead of the menthol ban next year, Imperial said.

Imperial Tobacco UK market manager Chris Street added: “When the menthol ban arrives in May 2020, many adult smokers will be left without their flavour of choice.

“This revolutionary new proposition from the world’s leading rolling paper brand will allow these shoppers to discover a whole new way to flavour their tobacco products with Rizla Flavour Infusions.

“By stocking alternative product solutions such as Rizla Flavour Infusions or myblu pod-mod vape devices, retailers can provide shoppers with options to help them stick with their flavour preference post ban and protect their sales as a result.

“As a tobacco accessory, the new Rizla Flavour Infusions don’t need to be hidden from the sight of shoppers, so we recommend stocking them at the till point or on an open gantry.

“As well as drawing the attention of shoppers to the new range, this will help encourage conversations with them about the forthcoming menthol ban to raise awareness of the changes to come and help retailers prepare their range.”

Menthol and crushball sales are collectively worth 26% of the total UK tobacco market, making up nearly one in four cigarette sales, according to Imperial.

The menthol ban, which includes capsule products,  is the next phase of the European Tobacco Products Directive (EUTPD2) legislation that first came into effect in May 2016.