JTI has launched a new 3-in-1 rolling tobacco variant of its Holborn Yellow brand with tobacco, papers and filters all in the same pouch. 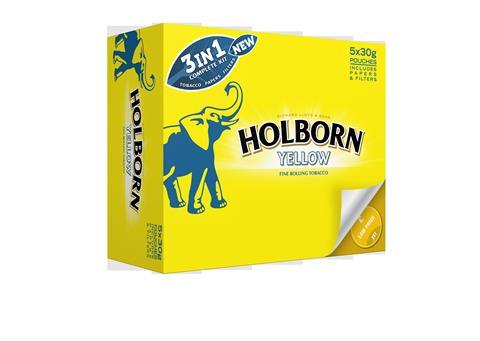 Holborn Yellow 3-in-1 will allow retailers to make more of the growing value priced rolling tobacco market, which currently holds a 45.4% share of the UK’s RYO category, according to JTI.

“At a time when value-for-money products are so popular, our new variants allow smokers to enjoy the same great quality tobacco at the same affordable price, but now all in one place.

“With over 6.5 million kilograms of rolling tobacco sold in the UK each year, it is imperative retailers stock products that will allow them to capitalise on this growing category, like Holborn Yellow 3-in-1.”

JTI is also launching a 3-in-1 Rolling Tobacco variant for its heritage brand Kensitas Club, which is particularly popular in Scotland.

Value RYO is growing at 17.5% year-on-year in Scotland according to JTI.