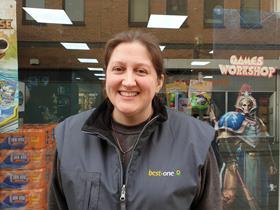 Store manager Sarah Darlow Stearn describes the journey the business has been on since moving from a miniscule CTN outlet to a 1,500sq ft c-store complete with Games Workshop miniature collectibles zone 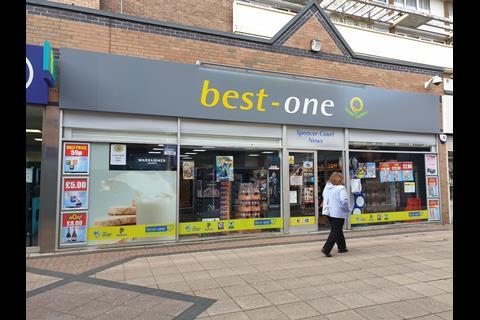 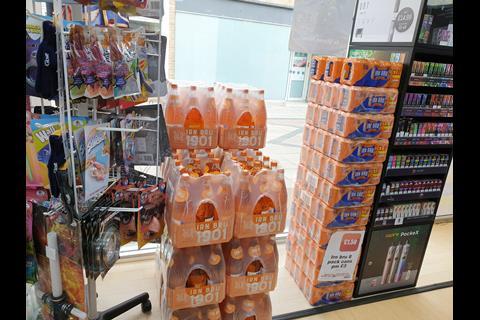 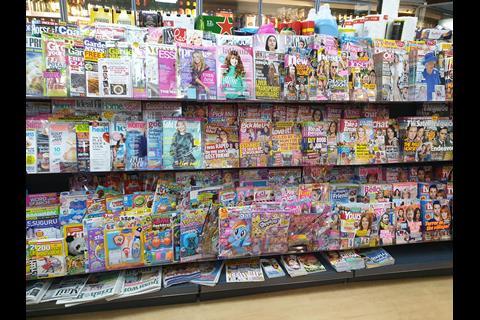 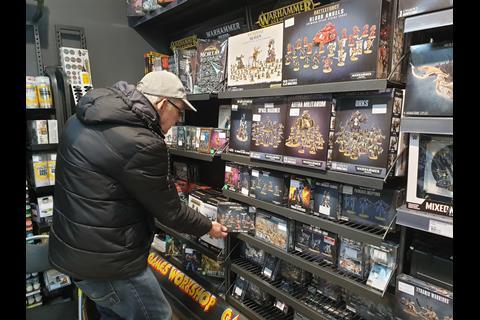 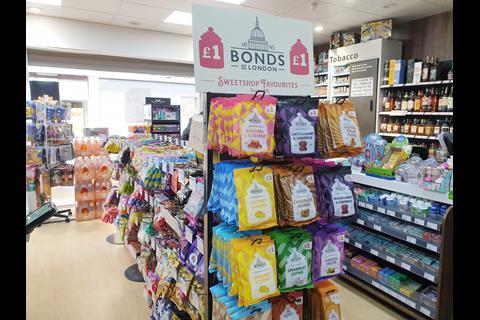 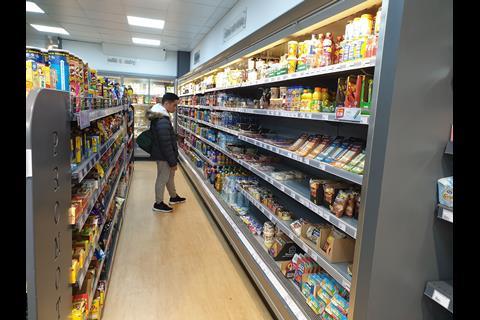 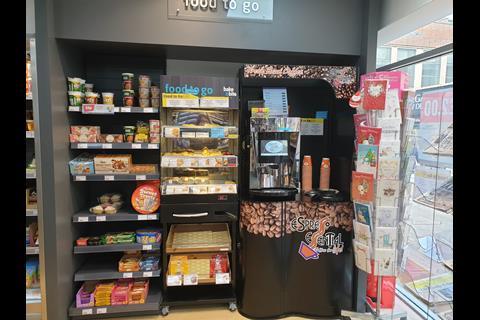 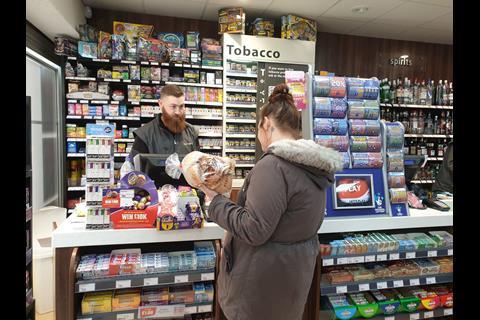 Any disappointment that store owner Ram Modhwadia is unable to meet us is swiftly forgotten upon meeting more-than-capable store manager Sarah Darlow Stearn. Having worked at the store for 17 years under three different owners, she has witnessed a great many changes in the shop. But nothing compares to the complete transformation the business has undergone in the past 18 months after Ram decided to move to a larger premises two doors away.

“The old store was only 300sq ft,” says Sarah. “We didn’t have frozen before, just ice cream. It was very much a CTN offering with magazines, papers, wines & beer, soft drinks, lottery and confectionery. Now we do PayPoint, chilled food, lunch to go, coffee to go and miniature figurines,” she explains.

The latter is certainly the most unusual addition to the c-store mix. A gaming zone at the back of the store boasts several metres of Games Workshop and Batman figurines for sale, and a paints fixture. “A few years ago Games Workshop asked us to have a metre racking of their products, but we didn’t have space,” she says. So as soon as the store moved, Sarah welcomed the opportunity to embrace the world of gaming collectibles. 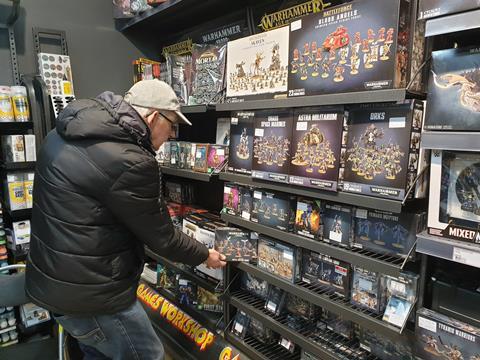 “The initial outlay was a lot because you have to have models and paint, too,” she says. However, the fixture has quickly proved its worth. “One gentleman is a collector and he buys everything!” she says. “The people who tend to play aren’t going out lots or drinking – they’re spending their money here!”

But that’s not to say that gaming fans don’t appreciate value for money. All the store’s miniatures lines carry a significant reduction – one Warhammer box priced at £110 has been reduced to £93.50. “Our nearest competitor in Kettering is more expensive,” says Sarah. “People will come here for a bargain.”

To encourage sales and create some excitement for locals, the store runs a regular gaming event. “We have a gaming night from 3pm to 7pm one Sunday a month, where gamers are invited to play or paint their miniatures. We have a Facebook group set up for it,” she says.

“We’re not trained in the games at all, but experienced players come and show everyone how to do it. It’s a free session where we cook and sell hot food, and people can buy products in-store. This crowd and their energy drinks is phenomenal!”

The gaming figurines are now so popular that Sarah has given them more shelf space. “Initially, the games were alongside cat food and household products. Now we’ve moved those items further forward in the store and it works better with the flow. And we’ve given more space to miniatures.”

Bestway questioned the Games Workshop section to start with, claims Sarah. “They said ‘it’s all discounted’, but I said ‘That’s what pulls the customers in!’.”

Despite the store having quintupled in size, the store’s heartland categories continue to perform. “Confectionery is really, really big for us,” says Sarah. “It was big in the old store, but a couple of schools changed location and then Home Bargains and the pound shops came. But since moving to the bigger store we’ve got Bobby’s supplying us and all the £1 bags really move.” 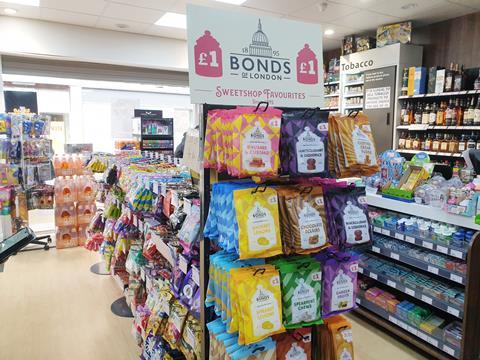 Another category keeping the tills ringing is soft drinks. Following the migration of numerous Scotsmen for the Corby steelworks in the 1930s, the town has earned the nickname ‘Little Scotland’ and it certainly lives up to its name, according to Sarah, who claims customers can’t get enough of Irn-Bru, particularly the limited-edition 1901 range. 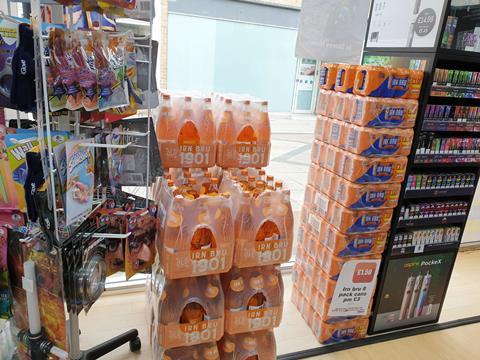 News and mags is a big hitter, too. This is due in part to the attentive staff who listen carefully to customer requests. “It’s a lot more personal here [than a supermarket]. As much as possible, we’ll get products that people ask for. That’s key for us – whether it’s a magazine someone has requested or cat treats – people know we’ll get it in for them.”

However, she still plans to tighten up the offer. “We’re going to reduce news and mags – not because it doesn’t sell, it does – but we need room for other areas,” she explains.

“We’re going to introduce a £1 range. We’re going to clear one-metre of news and mags and put in a range of £1 household and stationery lines.

“News & mags will still be 4m, though. The kids’ magazines do really well and so do the puzzle magazines and many of the women’s titles, but we can cut down on others.” 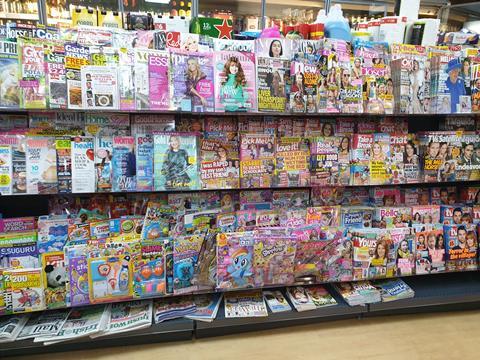 The team’s desire to ensure that customers are kept happy doesn’t stop at stocking the right products. “We have a lot of returning customers,” says Sarah. “Sometimes people need you to write out a lottery ticket or carry their baskets for them. You might be the only person they speak to so we make sure the customer is happy and has everything they need. Ram has even been known to put customers in the car and give them a lift home.”

Even though the staff have a great relationship with their customers, it hasn’t been easy to predict shoppers’ fickle buying behaviour. “Chilled has been the biggest challenge,” she sighs. “The issue has been waste. We started selling fresh chicken and mince and it was going in the bin. I don’t think people expected to come in and find fresh meat.

“Now that we’ve ironed it out, wastage is under 10%, but initially it was really high so I gave more space over to soft drinks. That will come back down over time to make way for more chilled. We want to expand that take-home market so we’re looking into an evening meal deal with dinners for two, offering a bottle of wine and a ready meal.” 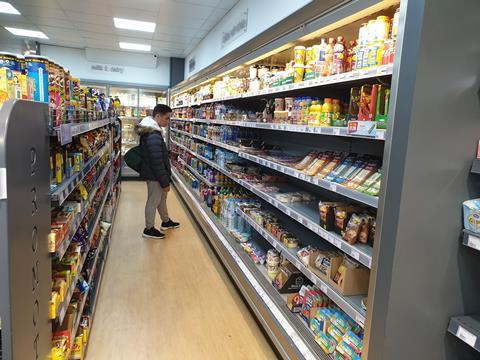 She is also hoping to up her lunchtime sales. “We have a breakfast meal deal option where customers can buy a bacon roll and a coffee for £2.”

Sarah recently hit on the idea of making them with the store’s best-selling local speciality, Corby rolls. They are clearly a winner as the breakfast rolls sold out before 9am on the morning of C-Store’s visit. 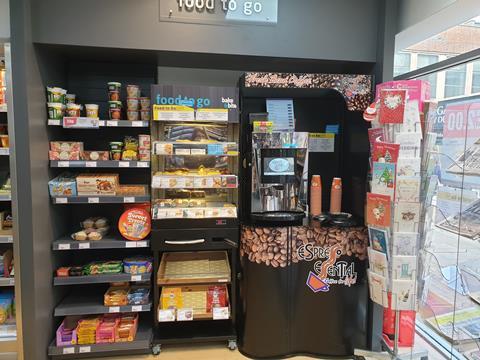 “This year we want to take it to the next level,” she says. Sarah has already attempted to expand Corby rolls into a lunchtime offering, but has since decided to try another avenue. “When we first opened the new store we did our own range of filled rolls, but we’ve put that on the backburner for now,” she says. “I’ve spoken to Greencore and we’re going to do proper meal deals with a sandwich, snack and drink at £3.50 and start trying to compete with Boots and Greggs.

“The plan is to get Greencore lines in [on a sale or return basis], establish what people want and maybe next summer we can start our own offering.”

While a number of lines are sourced from third-party suppliers, Sarah is happy with the service from Bestway. “They help us out – at the depot in Northampton they’re fantastic. Manager Michael McCann has bought us stuff by car when the van has broken down!”

The store may have been in its new outlet for over a year now, but the journey continues as Sarah strives to find new ways to give her business the edge. “You have to have a game plan,” she says. And this c-store certainly looks like it’s on a winning streak. 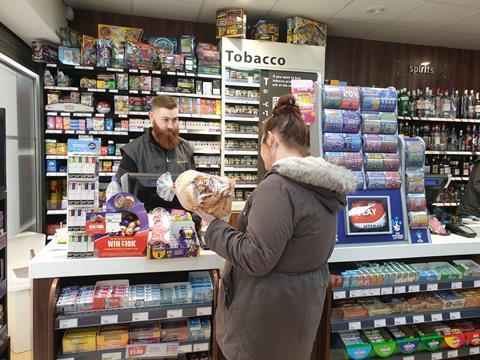