C-stores that are reliant on seasonal or city centre trade have suffered from loss of business due to the coronavirus pandemic. 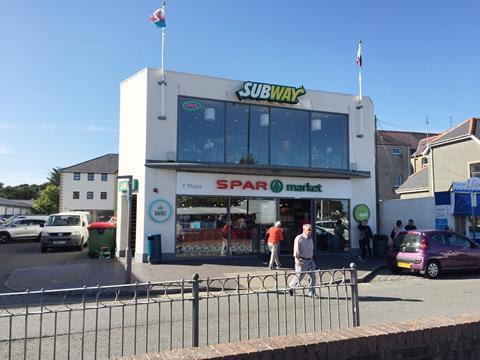 While many independent retailers are working overtime to keep up with relentless local demand, North Wales Spar retailer Conrad Davies, whose flagship Spar Market store is located in the coastal town of Pwllheli, said business had dropped off.

“We’re a seasonal store so it’s gone really quiet now. It’s become a ghost town – last week was fantastic until the lockdown, but now no-one’s here. All the caravan parks are closed and we’re not getting an Easter now,” he said.

He said the nearby Lidl and Aldi were receiving the majority of local business, but his store was being sustained by his new home delivery service and “good uplift” in ready meals, following on from pub and restaurant closures.

Meanwhile, Spar retailer Tony Cristofaro has been forced to temporarily close his Landmark Place store next to the train station in Cardiff City Centre.

“People are heeding the advice and staying away from Cardiff City centre and public transport,” Tony told C-Store.

“I’ll be relying on the government grant and business rates suspension to pay for rent, electricity and miscellaneous bills. I’m hoping the lockdown won’t surpass three months or I’ll have to start worrying about how to pay the bills.

“And I’ll be using the coronavirus job retention scheme to pay my staff 80% of normal pay and claim back from HMRC. Some of our short-dated food has gone a homeless charity.”