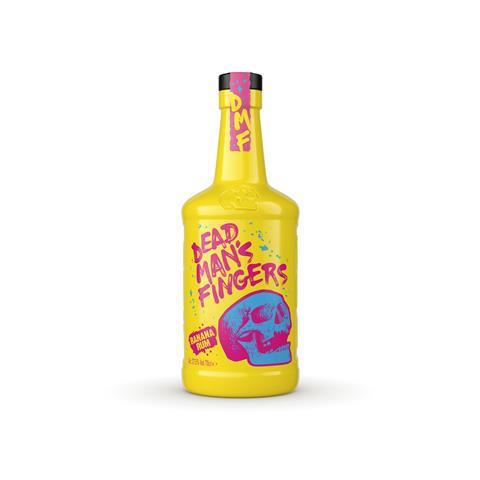 Dead Man’s Fingers has added a banana rum to its range.

The Dead Man’s Fingers Banana Rum was first launched as part of a series of limited edition variants in the run up to Christmas but is now being brought back as a permanent addition to the line-up.

Brand manager for Dead Man’s Fingers Sam Caulfield said: “The flavoured and premium rum category is continuing to see strong growth, with Dead Man’s Fingers now being the fastest growing flavoured / spiced rum brand (MAT). As we approach the summer season there’s a huge opportunity to tap into this trend with new tropical fruit flavours such as Banana, which is a key flavour trend for 2021 with consumers seeking out holiday style drinks.

“This delicious new addition is perfect for creating summer cocktails such as Banana Daiquiris or a lighter version of a Pina Colada, using the Dead Man’s Fingers Banana Rum mixed with coconut water and pineapple juice. It also tastes great paired with simple mixers such as Cola, Pineapple Soda, Ginger Ale or Appletiser. Plus, following the huge success of our limited edition Banana variant in the run up to Christmas, we know that there’s significant demand out there and are therefore confident that it’ll provide a strong sales opportunity for retailers over the coming months.”