McCoy’s Muchos back on TV in £1m marketing investment 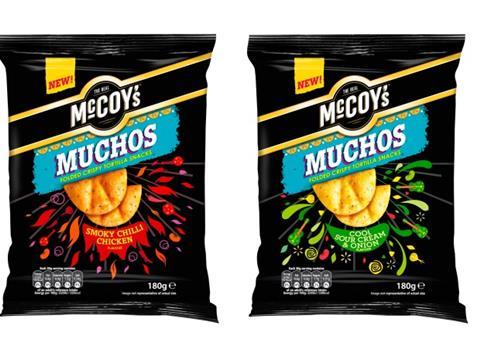 The range has been ranked as one of the top 10 FMCG product launches of 2019, with sales reaching £13m RSV in the first 13 months since launch, according to KP Snacks.

Launching on 2 March, the Muchos advert returns to TV and VOD, with the strapline “McCoy’s Muchos. When Mexican Flavour Calls”.

The campaign will also be supported by in-store activity with £1 PMP promotions available until March.