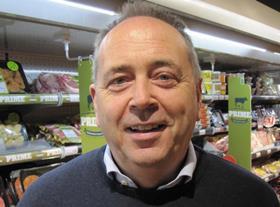 Located in Omagh, Northern Ireland, Spar Mullaghmore is one of 11 Spar stores operated by the McBride Retail Group. Owner Peter McBride (pictured) invested £400,000 in a store revamp in October 2017, enhancing the fresh and food-to-go offer in the process. The results speak for themselves – sales increased by 28% in the year following the refit. Fresh food now accounts for 48% of the store’s total sales, a rise of 4% year on year, yet wastage is only 0.7%. The impressive chilled range was recognised at CRA 2019, where the store won the Best Chilled Food Retailer award. 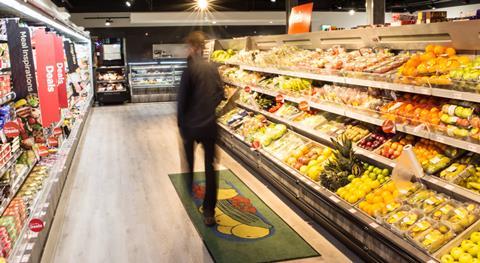 As part of the revamp, Peter moved the Barista coffee machine to the front of store, leading customers to produce and dairy. The move has driven up chilled sales, he believes. 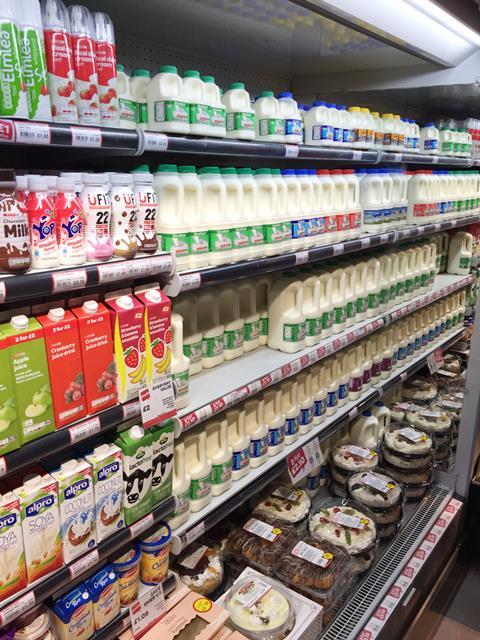 Milk is supplied from local dairy Strathroy, whose products sit alongside dairy- and lactose-free varieties. 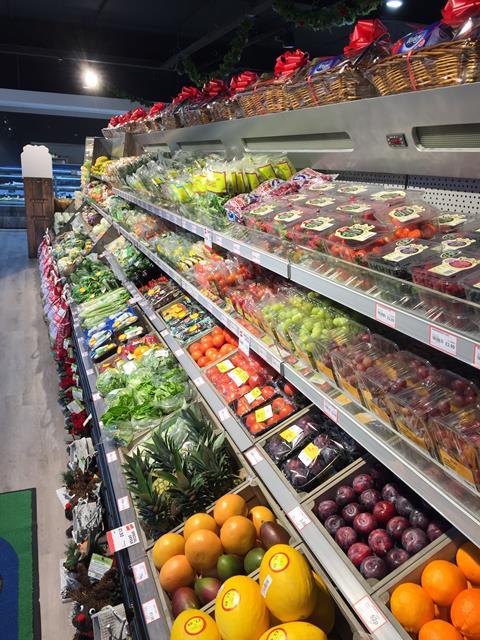 Produce consists of 132 lines and accounts for 7% of sales. Most fruit and veg is sourced through Hendersons, although the store uses a local supplier for sprouts and potatoes. Waste reduction has been aided by Peter’s decision to shelve sell-by dates. 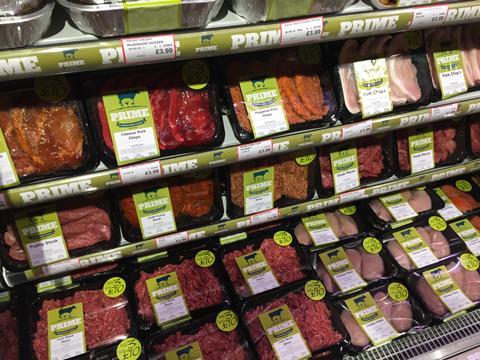 The store offers butchery lines under Peter’s own Prime label. The range was increased as part of the revamp, and as a result sales are up 39% and now account for 5% of total shop sales. 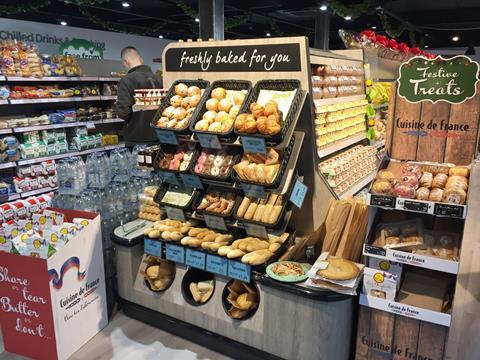 A new bake-off was introduced in the upgrade, including cookies, shortbread, baguettes and croissants. Sales have doubled on the back of multi-buy offers, better pricing communication and use of Spar Live Radio, Peter says. 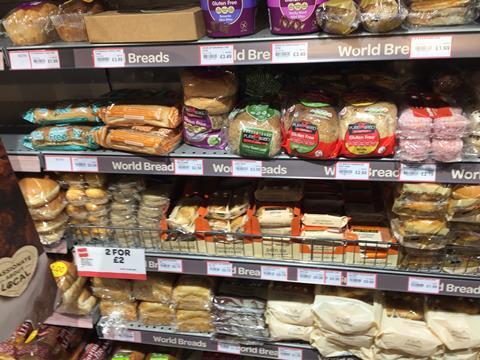 The Barista coffee machine is delivering sales of about 550 cups per week. 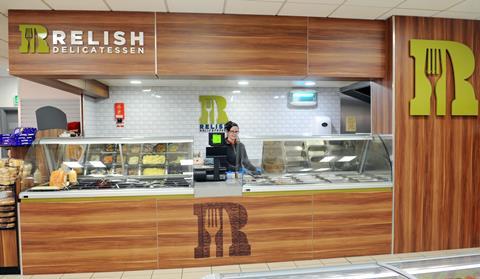 At the back of the store sits the superb Relish-branded deli, offering hot and cold food throughout the day. 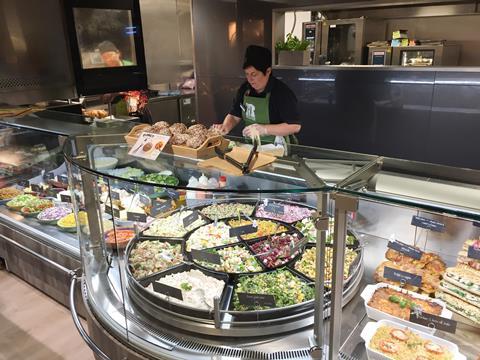 The deli attracts 3,000 customers per week, spending £3.64 on average. Sales are up 23% since the revamp after the fixture was expanded and due to “lots of digital marketing,” Peter says.

Deli profits soared after Peter introduced staff training to focus on waste, portion control and driving sales. Deli profit was 2.5% in the third quarter. The aim was to boost that to 15%, which was achieved in the following quarter. “It really boosted staff confidence and autonomy,” says Peter. 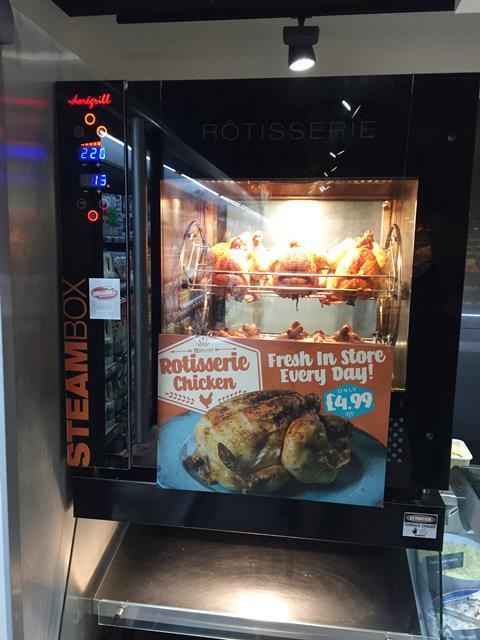 He also brought in a rotisserie with the revamp, using the same supplier he uses for his Prime meat. “It’s the perfect hot food evening solution,” he adds. 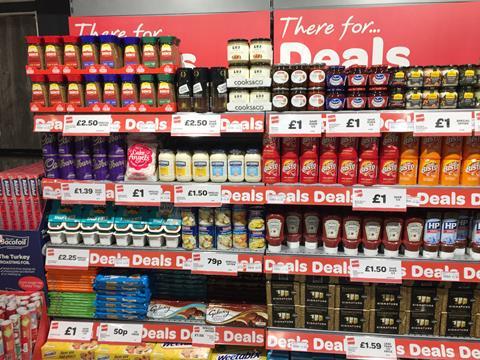 The store appeals to the value shopper with confectionery tubs at the front of store and a separate Deal bay to reinforce perception of value. The store has fierce competition in Omagh from Asda, Lidl, M&S and Supervalu. 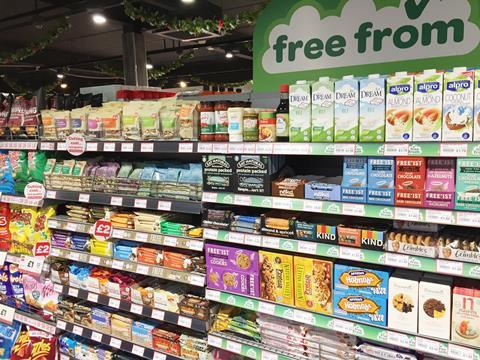 For shoppers with dietary preferences, there is an extensive Free-from range. 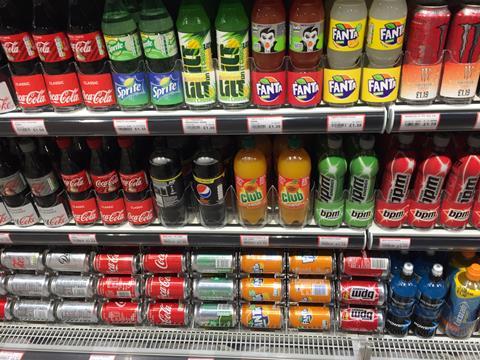 Peter has also worked hard on driving soft drink sales, working alongside Coke. “We used to over-index on water. We’ve made changes, resulting in a 10% sales uplift.”

He is looking to reduce plastic consumption and has had meetings with two suppliers to source wooden and leaf-based cutlery.