Welsh retailer Gareth Jones has been on a winning streak since joining the Best-one fascia last year. A store revamp has seen footfall soar and sales skyrocket 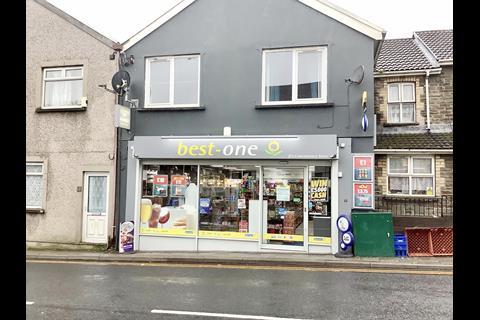 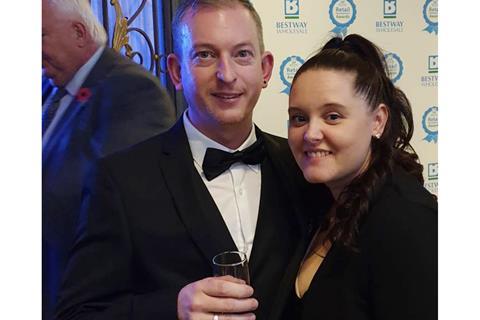 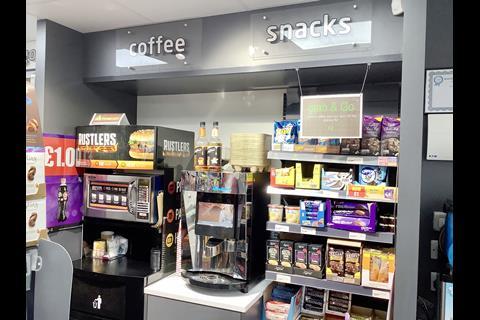 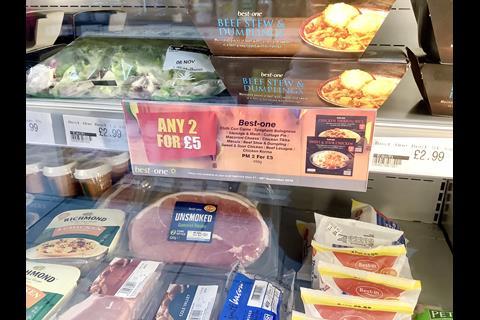 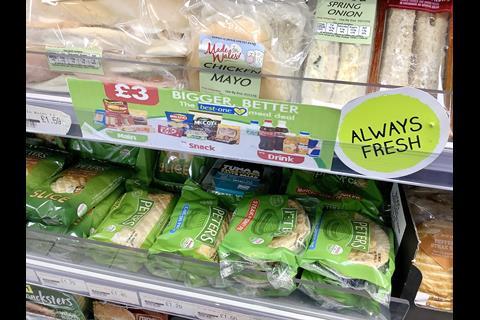 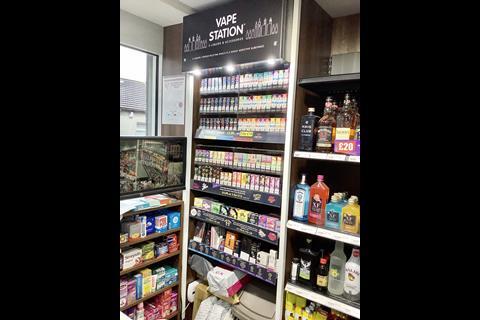 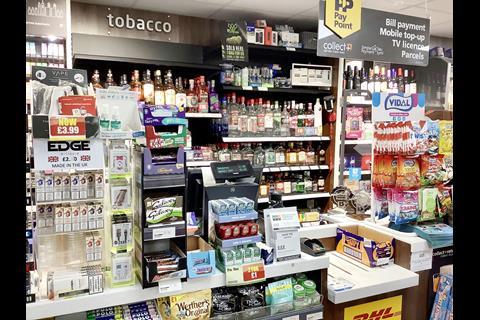 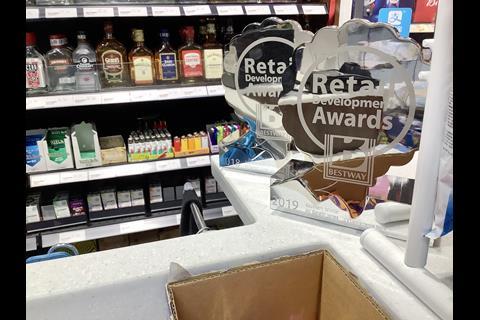 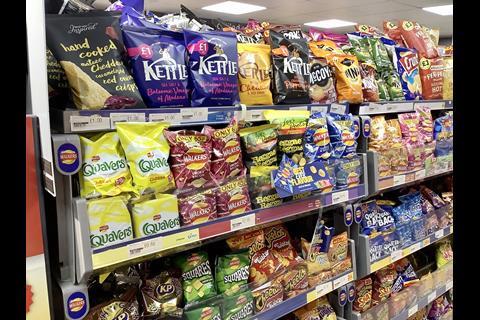 In the heart of the Welsh valleys, you’ll find South Wales retailer Gareth Jones trading happily in the small district of Gilfach.

Situated close to the former mining town of Bargoed, his 1,000sq ft convenience store had always been a destination for locals on a top-up shop. However, recent changes have broadened the store’s appeal and as a result he has seen weekly sales skyrocket.

The success is all down to a £50,000 revamp carried out last summer, shortly after Gareth signed up the unaffiliated store to the Best-one fascia. The improvements have enabled Gareth to tap into trade from local workers and make more of passing trade, with a comprehensive food-to-go and snacking offer. In came a Snowshock slush machine, Rustlers microwave, bean-to-cup coffee machine and a host of grab-and-go snacks that can be bought for £2 as a deal alongside a hot drink.

“Our food-to-go is really popular,” Gareth says. “Even before the refit, we had people coming in for lunch, but now we get a lot more people coming in throughout the day. Having a dedicated area for the category has allowed us to get even more out of our range.”

Spending such a large amount of money on refitting your business is always a risk, but Gareth was convinced the opportunity was there to increase trade.

“The store was doing well before, but I really wanted to take things to the next level,” he says.

“We are on the main street close to Gilfach train station so we knew there was a bigger market for us to offer a better food-to-go range for customers. That way, they are more likely to come back to us on a regular basis for breakfast, lunch or dinner.”

“Everyone who comes into the store is really impressed by the layout and how easy it is to shop,” Gareth explains. “Every category is now clearly signposted and the food-to-go area being at the front of the store really helps to makes a difference to footfall and basket spend.

“The look of the store has brought new shoppers in who are passing on their way to work or school,” he adds.

The changes and renewed focus on different customers missions have certainly paid off. Weekly sales in the months following last year’s revamp climbed to £15,000 and since then they have kept on rising to an average of £28,000. Average basket spend is on the rise too, regularly hitting £7.

Gareth is also on track to recoup his initial £50,000 investment by the end of 2020, thanks to strong sales results right across the store.

Part of the success is down to making existing space work harder. The store’s tobacco range has been moved into drawers, creating more space for vapes and high-end spirits at the gantry where tobacco used to sit. This not only adds more variety to the store’s till point, but the extra visibility also encourages shoppers to try something new.

Despite working with a compact floorspace, Gareth has made the changes without making things feel tight or cramped; there is plenty of room for parents with buggies to navigate their way around every fixture, for example.

Keeping families onboard was important to Gareth. “We get a good mix of families coming into the store,” he explains, “as well as kids coming in with their pocket money to spend on snacks or drinks.”

Snacks and drinks sit side by side so that busy shoppers can grab what they want and be on their way as quickly as possible.

Bestway’s chilled and frozen meal deals are also popular with families and those after a quick evening meal solution, offering good value for money and a varied selection that changes every few weeks.

“One of the main things we wanted to do post-refit was to attract people in the evening,” Gareth explains, “so we have signs up for meal deals in the chiller and in the freezer, and our displays of crisps and confectionery are designed to attract people shopping for Big Night In.”

Ensuring customers can get all they need in one place and building up a friendly rapport with customers means shoppers aren’t tempted to visit the local competition. A Morrisons superstore, located around a mile away in the centre of Bargoed, is the nearest supermarket to Gareth’s store and a Premier forecourt is situated less than half a mile away on the same road into Gilfach.

The Best-one fascia has given Gareth the confidence to push on with his plans for the new year without the fear of losing any trade to other stores.

“The Morrisons and the local forecourt cater to completely different markets,” he asserts. “When the superstore first opened a few years back it actually helped us because it brought more people into the district who would pop into us before even reaching the town centre.

“I’m not worried about what they are doing because we have a good plan to focus on meals for tonight in 2020 and are in the middle of remerchandising each category in the store to match up with the changing seasons,” he adds.

The store offers additional services, including collecting DHL and Amazon parcels and giving regulars discounts through payment and loyalty app Zapper, which also help Gareth to maintain long-lasting ties with the local community.

The Best-one store offers free cash back plus top-ups/bill services via PayPoint that aren’t offered locally by other businesses. Gareth admits that he doesn’t make huge profits from these services, but they are valuable to those who use them.

“It isn’t something that we make a lot of money from, but it is important that we look out for the locals who are often on a budget.”

This ethos of giving back to the community is something that Gareth has honed from very early on in his career. His first taste of retail success came from his time selling ice cream to locals and touring the region in his own ice cream van.

After this venture proved to be a hit, he bought the Gilfach store and later a second c-store a mile away on the other side of Bargoed, which also joined the Best-one fascia earlier this year.

Having many years of retail experience under his belt and running two shops under the same symbol has worked out well for Gareth, helping to make 2019 one of his best years for trading, and he was rewarded for his hard work and sales success with recognition at Bestway’s Retail Development Awards last month.

“Before I joined the group, I always liked working with Batleys for my supply when the store was unaffiliated,” Gareth adds. “Premier and Booker are more prevalent in Wales, but I really like the Best-one brand and the way they do things. The work we have done with them to improve the store has been a great success.”

After such a strong period of sales growth, Gareth is excited about his future in Gilfach.

He says: “I’m happy with the results so far, and the awards the whole team have got for making such a difference to the store are well deserved. I can’t wait to build on these achievements next year and take things forward again.”