James Convenience Retail: Back in the game

High-profile retailer Jonathan James has hit the headlines with his latest acquisition of Rippleglen coming less than a year after taking over GT News. C-Store went to have a look at some of the company’s sites, which are very much based on convenience.

There are few more well-known or recognisable independents in the country than Jonathan James. For many years in the pages of this magazine and others, he has been held up as a role model for entrepreneurial local retailers, both in his own right and in his role as a former chairman of ACS and an articulate spokesman for the sector in the national media.

And while in recent years his hands-on management of retail had lessened - particular opportunities and market conditions meant that where once he was a store owner he had become a retail landlord, leasing most of his stores to national operators - the passion for the trade remained.

Which led to the acquisition of the Yorkshire and Derbyshire-based GT News estate last April. And now, almost a year to the day after the genesis of James Convenience Retail (JCR) through the GT purchase, the estate has been dramatically enlarged with the purchase of a further 77 stores in the form of First Stop News, better known as Rippleglen.

All of which means that Jonathan now oversees the biggest store estate he has ever had in his life, with 110 outlets in the JCR portfolio. The new stores will be assessed on their merits but, like GT, will be supplied by Conviviality under the Bargain Booze Select Convenience franchise programme.

Located in an un upmarket suburb of Sheffield, the store thrives as a top-up shop for local residents. Alcohol accounts for only about 20% of sales, with fresh food and grocery accounting for a third.

There is no food to go in-store, but JCR bought a sandwich shop two doors down and the store manager looks after both outlets.

“I was out for a year, and I really missed it,” admits Jonathan. “But we are very excited about Rippleglen, which is a business with great potential. When I bought GT I said I wanted 100 stores within five years - although I never thought it would happen as quickly as this.”

The new stores, which are spread across the centre of England and range in size from about 400sq ft to 2,000sq ft are, as Jonathan puts it, in “very convenient locations”.

“What we are looking to do is what we are already good at: working within the team to serve local communities.”

Convenience at its heart

Since the decision to work with Bargain Booze-owner Conviviality on the GT stores, Jonathan - a man of impeccable convenience pedigree - admits to being a little frustrated about comments from people in the industry who think he is now running an off-licence chain. “The perception is often that we are off licence, but we are very much convenience,” he says.

A visit to a couple of shops in the estate quickly settles any doubt. They are self-evidently convenience stores, and good ones, too. The store layouts and product adjacencies are increasingly mission-led, and Conviviality is obviously on the ball when it comes to listing new products and sending them out on allocation to stores.

While the word ‘Bargain’ appears on much of the POS material and deal stacks, there are variations in the fascias, some of which don’t feature the words ‘Bargain Booze’ at all. In fact, some of the JCR stores aren’t even licensed due to sensitive locations. Bus station sites are a particular strength, with the flagship store at Derby located right in the centre of the terminal used by 13 million bus passengers a year.

The Barlborough store is on an industrial estate and has a thriving food-to-go counter serving hot and cold lunches, and also a kitchen used to supply nearby stores with freshly-made sandwiches. Post offices are housed in 10 sites.

“We are in great locations for convenience,” explains Jonathan. “Off licence is extremely strong with some great prices, but there is a perception of value throughout, and we can really get that across to customers.”

National brands are in force in all stores along with a good sprinkling of local lines, with ambient products supplied through Conviviality’s warehouse, and chilled and frozen coming from Nisa. The proper description is off licence-led convenience, with a strong licensed range and eye-catching offers on alcohol proving a strong driver of footfall, but shoppers can fill their baskets with other product categories, too.

“Bargain Booze deliver everything that (former supplier) Spar used to, and the support has been superb,” says Jonathan. “There are six-weekly franchise meetings to keep retailers up to date, and our account manager even works from our office on occasions.”

Jonathan also pays tribute to the “very good team” he has inherited, with most of the managers and staff from GT News, including CEO and right-hand-man Mark Titterton, being kept on.

GT News is, in retail terms at least, an historic name, with a heritage and history in Sheffield dating back to the late 19th century. And, after a year as JCR, all stores are in growth.

“We’re really pleased with the stores,” says Jonathan. “We’ve implemented good plans and procedures, and we are looking to evolve the offer with our colleagues at Bargain Booze.”

The stores are no more traditional newsagents than they are traditional off licences, but both product categories are well-represented and form important cornerstones of the JCR convenience offer.

The acquisition of Rippleglen, with its trading names of Supernews, Maynews and Arden News, will give a huge boost to the group’s news and magazine trade,and will make it the country’s second biggest deliverer of news, with about 50,000 HND copies distributed to homes every day.

Structurally, Jonathan is not worried about this at all. “I think news has a future. Some people are writing it off, but I don’t see it declining at all. Everything that might threaten it - the internet, smartphones etc - is already here, and we still sell shed loads of newspapers. It’s said that 16- to 21-year-olds aren’t buying newspapers - but neither did I when I was that age!

“Sure, it needs attention, HND in particular, but we already do a lot of newspaper-sponsored activity with the Telegraph and the Sun, and it really works.”

So how does it feel being at the head of such a large empire?

“Scale gives us a sustainable business,” Jonathan reasons. “When I had six stores, attrition through a competitor opening was a massive worry, but now the business is big enough to sustain any amount of attrition at one store or another, plus you have leverage for efficiencies on things like insurance and energy contracts.”

The entrepreneurial spirit obviously still burns within him, with property and building interests including a recent contract to develop a state-of-the-art forecourt on the A142 for BP and M&S. And farming interests are still close to his heart; his very first store was a converted shed on his father’s farm opened in 1989, selling mainly agricultural produce, including stuff Jonathan had cut from the fields himself.

“We did really well to start with, but then the relaxation of Sunday trading occurred and my shop, and others nearby, closed down within two months - the nearest Tesco was nine miles away, but it still shut the stores in rural communities. So when George Osborne tabled his recent proposal about Sunday trading I was so angry because I have seen the damage it can do to rural communities and I could see it happening again.”

So Jonathan stood shoulder to shoulder with other retailers at last month’s Westminster lobby session organised by Keep Sunday Special and the ACS, and maintains his good work with the ACS as the chair of its Independents board.

“I’m still an independent retailer,” he says, proudly. “Whether it’s one store or 111 it’s still me and the wife that own the business, and any progressive retailer would want more than one shop.

“When you get to this kind of scale you need some kind of corporate structure for sure, but I’m still an entrepreneur. If I can see an opportunity I grab it.” 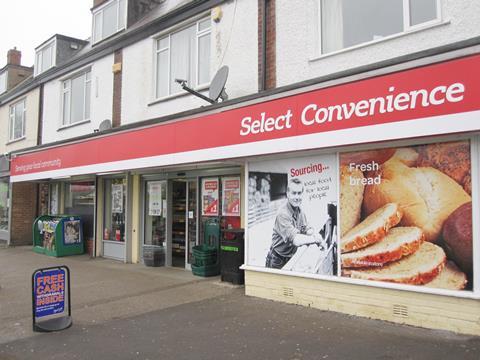 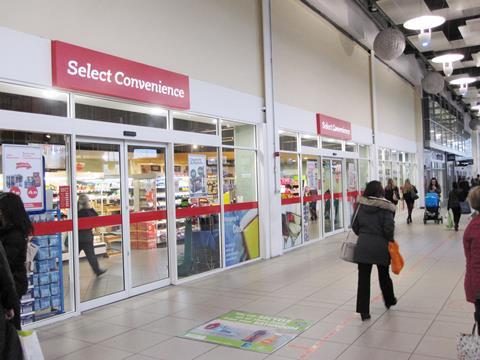