Mike and Karen Humphreys have transformed a struggling village store, creating an award-winning off licence and top-performing c-store in the process 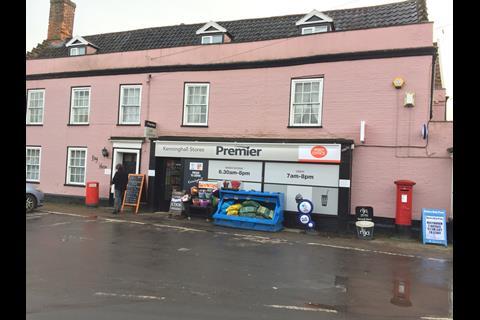 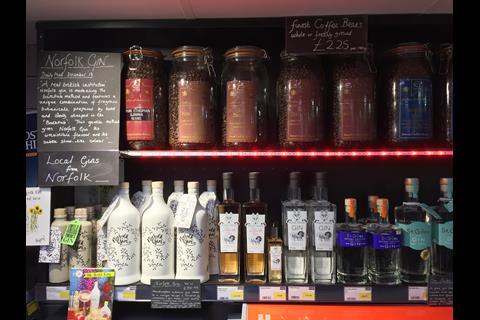 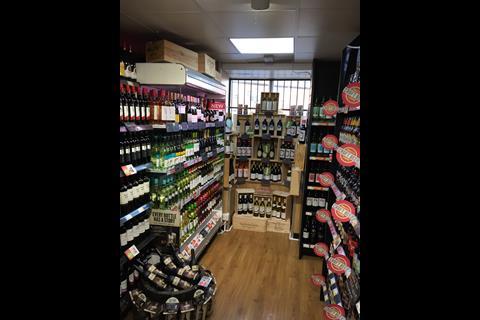 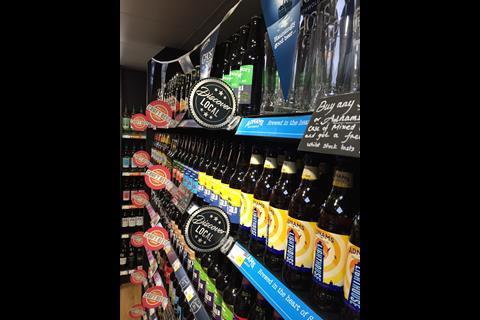 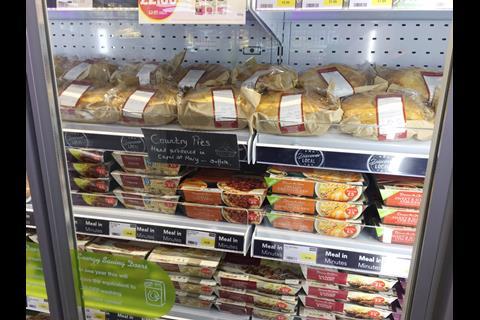 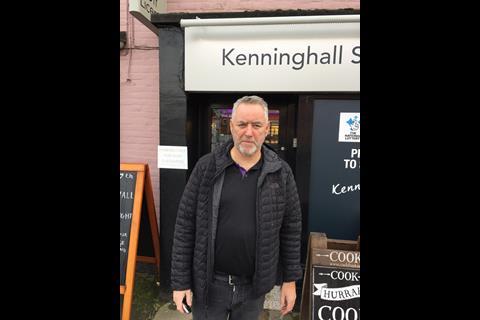 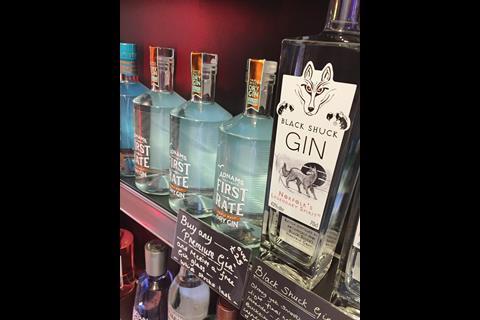 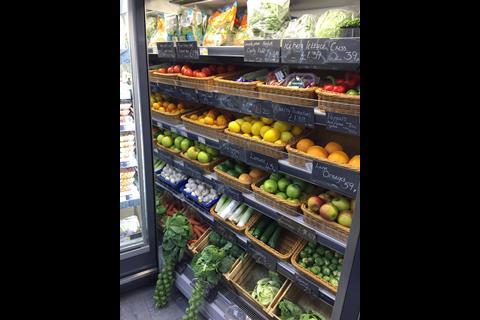 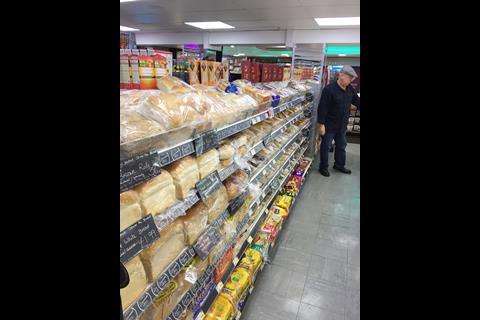 Mike and Karen Humphreys bought the village store in Kenninghall, Norfolk, eight years ago. It was their entrance into independent retailing, although as a former Booker area manager Mike had the necessary experience and insight to transform the former Spar site into a successful Premier-branded modern convenience store. “When I bought the store it was doing just £10,000 per week – but we listened to our customers and acted on what they said,” he says. “Now we’ve turned it into a profitable business, more than doubling sales with twice the number of staff and a greater range of products in a clean, fresh and bright store.”

Customer surveys revealed more local products were wanted, particularly in alcohol, and so Mike and his team acted on their request – emphatically. Such is the success of the transformation, in particular within the alcohol fixture, that the store was crowned Off Licence Store of the Year and named finalist in the Best Small Store category at the 2019 Convenience Retail Awards (CRA) held earlier this year.

It is fair to say that Norfolk took notice of the store’s CRA achievement. Three local newspapers covered his Off Licence accolade, including the regional Eastern Daily Press, and they even got TV coverage thanks to ITV Anglia. “We were quite famous – the amount of customers who have congratulated us is only now slowing down,” Mike enthuses. “I would think to pay for the amount of free advertising would have cost £5,000-£8,000, if not more.”

Over the past couple of years Mike and Karen have transformed the off licence, investing in a plethora of gin lines, premium wines and local beer and cider. The store now offers a total of 140 different gins – up from five lines year on year – with average margins of 25%. This is complemented by 40 other spirits lines, including 10 rum variants, two local vodkas, as well as 40 local ciders and craft beers sourced from three different suppliers.

Last year gin sales averaged about £1,000 per week, up from “practically nothing”, and total spirits sales are now more than £1,500 per week. Premium wines are sourced from Enotria & Coe, a wholesaler recommended by a customer. “It has actually been hard to keep up with wine sales,” Mike adds.

Mike and Karen have created a connecting store-within-a store for the off licence, where most of the above are sited – separate chillers housing big brand beers, ciders and wines on promotion are located within the main store. Within the off-licence zone, the displays are wonderfully eye-catching; premium wines are showcased in attractive wooden crates, while Karen has hand-written detailed product notes and offers on POS chalkboards to promote the likes of Norfolk Gin, the Botanist Gin and Black Shuck Gin. When C-Store visited, hand-written promotions included a free gin glass with any premium gin worth more than £25.

But Mike and Karen are not resting on their laurels following the CRA award. This year they are planning to move the tobacco gantry and medicines from behind the counter to make space for a 12ft display of some 100 more spirit skus. The area will be backlit for greater standout. Medicines will be moved to the shop floor, while tobacco will be sited in draws in a new counter.

The nearest supermarkets to Kenninghall are about six miles away in Diss, but customers come from miles around for the off licence, along with a number of other local products and the new Cook frozen ready meal range.

“Now our store has more local products than any other store in the area and is proving a destination for people from miles around,” Mike explains. “We’re supporting local suppliers and giving customers the choice they want.”

It is not just alcohol where the couple have focused their attention – they trebled the size of the chilled space last year, enabled by investing in space-efficient chillers and cutting back on ambient grocery. An extensive range of local products, including sausages, ham, eggs, pies, smoked fish, cheese and milk are stocked in the chillers, alongside the likes of Booker’s Discover the Taste ready meals and Pots desserts, usually available to Londis retailers.

The local milk, which isn’t intensively farmed, delivers about £700 in sales per week. Meanwhile, 90% of fruit and veg is sold loose in wicker baskets and consists of a combination of Booker’s Farm Fresh and local lines.

The local bread and cake offer is also a huge draw for customers, turning over £1,500 per week and generating large queues on Saturdays. The food-to-go fixture, which sits at the front of store, includes locally-produced pies, sandwiches and sausage rolls, alongside a hot bake-off cabinet and a Rijo bean-to-cup coffee machine, which is selling over 40 cups a day. Speaking of coffee, the store also sells a range of 10 lines of coffee beans which are freshly ground for customers. “This is really popular – the aroma of freshly-ground beans is a great attraction and also helps create great in-store theatre,” Mike says.

An adjoining area at the back of the store is dedicated to non-food items, including a DIY range, and the Cook freezer, which Mike says has been a big lure to out-of-village shoppers since he introduced it last year. Cook is complemented by a value frozen ready meal range located in the main store area, and total frozen sales are up 150% year on year.

“Every year we’ve managed to innovate in some way, whether it’s gins, beers, or Cook. Trying to be innovative is the biggest challenge,” he adds. Another footfall-driving innovation being considered is a loyalty card scheme – especially given the distance some customers travel.

Their Post Office Local counter is now open nine hours a days after customer surveys revealed demand for longer opening hours. It’s a necessary footfall driver, Mike says, and also an example of the couple putting their customers first. Another illustration of the customer-first approach is a home delivery grocery service for elderly residents who cannot visit the store easily.

The team are fully engaged in the village community, from fundraising for vital causes, to donations for local events. “We sell tickets for local events at the church and school, such as bonfire night and quiz evenings. We donate prizes for these events too – when Santa goes around the village just before Christmas, we donate gifts for the kids,” he says. “We fundraise for local good causes and recently raised more than £1,000 for the local hospice.”

The store recently enjoyed a bountiful Easter, in which sales increased by 25% year on year, driven by beer, gin and especially prosecco. And Mike is optimistic about the future, despite Brexit-related economic uncertainty. He adds: “I believe our future is bright – we will always strive to stay abreast of the latest changes and innovations, such as take-away hot pizza. Customers always have to eat and where better than a great local store with fresh local products and the products they need?”

With continual innovation and investment, it would appear the store is in the right hands to overcome any potential obstacles over the months ahead.