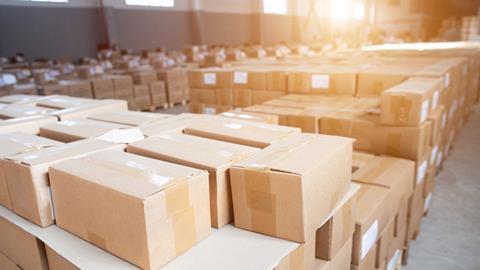 Illicit Tobacco: The impact of Covid-19

C-Store finds out the latest on the illicit tobacco trade and how it can be taken to task. 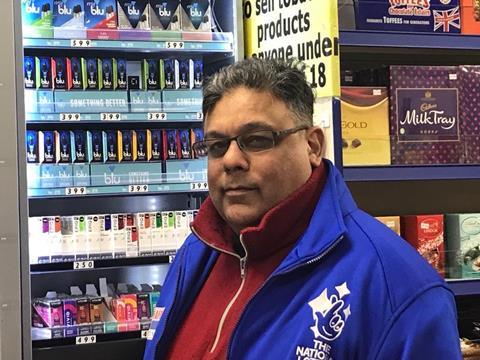 Accounting for an estimated 8% of cigarette and 33% of rolling tobacco sales at the last count, the UK’s illicit tobacco market continues to maintain a choke-hold on legitimate UK sales, the margins of law-abiding retailers and of course government coffers, with £1.9bn of tobacco tax revenue lost between 2018 and 2019. (Source: HMRC Measuring Tax Gaps 2020 Edition)

However, the arrival of the Covid-19 pandemic and its resultant array of travel bans, hospitality sector closures and restrictions on socialising, have dealt the illicit trade something of a body-blow, leading to an easing of its pernicious grip on the UK market.

The change has been felt by the legitimate retailing fraternity, with independent store owners across the country having experienced a rise in tobacco sales over the past year, especially roll your own (RYO).

Take Bipin Haria, owner of Seaford News, in Seaford, East Sussex, for example. His overall tobacco sales are up year on year, with RYO specifically up 12%.

“While the consumer trend towards shopping locally and from smaller independent stores has no doubt played a role in my tobacco sales rise, I’m also convinced that the stifling of the illicit trade has been key,” he says.

“Given our location close to a number of channel ferry ports, the illicit trade has always been something of an issue for us, not just as a result of large organised crime shipments but also with people smuggling large quantities of tobacco back from the continent, Belgium specifically, in their suitcases.

“However, international travel restrictions have put paid to much of that, as have some of the other lockdown restrictions, such as the closure of hospitality venues where it was also being sold.”

“As a result my tobacco sales are up and that’s despite trading for less hours a week than we were in 2019, as we now close at 4pm.”

Up in the gently rolling hills of Gloucestershire – and a good distance away from any major ports, Mike Dorey, owner of Eastcombe Stores near Stroud, has experienced an even more serious hike in his tobacco sales.

“My tobacco sales have boomed over the course of the past year, rising by 20% at the start of the first national lockdown, peaking at 60% up in May 2020 and they are still up 50% year on year now.

“There are clearly multiple factors at play here, but in my opinion the figures highlight that even here in rural Gloucestershire, the black-market and illegal cross border sales do play a role in ‘normal’ times.

“Our tobacco sales have been matched by a rise in BWS sales which are also up almost 80% year on year and the illicit trade, or rather its absence, is most-likely influencing those sales figures too.

“Criminal gangs are facing restrictions on their usual sources of supply and points of sale while the tide of cross-border shopping and smuggled fags for friends and family has all but been stifled.”

Clearly, the change has also been noted by manufacturers, as JTI UK fiscal and regulatory affairs manager Ian Howell notes: “The pandemic has had an interesting effect on the tobacco market, with legal, duty-paid sales holding up well, particularly in the case of roll your own.

Imperial Tobacco UK anti-illicit trade manager James Hall agrees: “Restrictions on travel due to Covid-19 have reduced the amount of tobacco purchased abroad for consumption in the UK.

“This, combined with the temporary closure of pubs and other hospitality venues during lockdown, which have traditionally been used as sales points for illicit tobacco, has all contributed to a decrease in sales of illicit tobacco.”

But of course, while the threat may have quieted in recent times, it has not gone away. 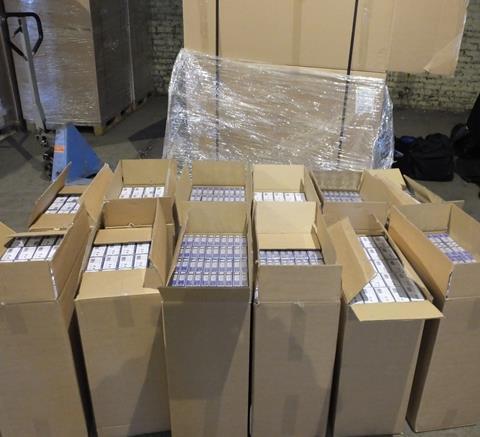 In fact, according to JTI research from 2020, despite lockdown and travel restrictions, 32% of smokers were still able to purchase tobacco that was not subject to UK taxes – with much of these sales emanating from a concerning growth in purchases via social media.

In addition, JTI analysis also suggests that November 2020 saw the highest monthly volume of cigarettes seized in the UK in the past five years.

This included one of the largest illicit seizures of its kind ever made, with HMRC finding more than 30 million cigarettes, worth £11.6m in unpaid duty in an industrial unit near Dudley.

The cigarettes, which were hidden amongst packets of dried noodle soup, were packed onto 120 pallets, stacked eight feet high, and required six HGV’s to remove them all.

Just a few weeks later, 4.2 million suspected illicit cigarettes worth an estimated £1.6m in lost duty and taxes were seized in a Glasgow warehouse. 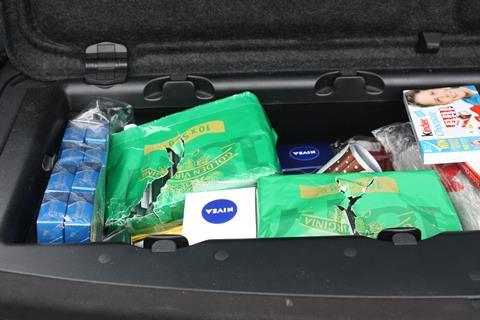 As lockdown eases and international travel continues to open up, all parties fear that the illicit tobacco trade is likely to make an unwelcome return.

“As international travel opens up, I am expecting to see a shift back towards old patterns and behaviours and the illicit trade to just bounce back to where it was before,” Bipin adds.

“The price of legitimate tobacco has risen again over the course of the past year. A pack of 20 B&H Gold in my store now costs £12.90, whereas illicit alternatives will be far, far cheaper and price will always be the driver.”

Mike agrees: “Unfortunately I think it’s only a matter of time before illicit sales start to rise again though as soon as restrictions lift more fully,” he says.

Imperial Tobacco’s James Hall has a similar view: “The expectation is that with the relaxation of travel restrictions, the amount of non-UK duty paid tobacco entering the UK, both for legal personal use and also for the purposes of illegally selling, will rise.

“Furthermore, with the reopening of hospitality venues, there will be more opportunity for consumers to have access to the illegal sellers,” he says.

“Online, where counterfeit tobacco is a growing problem, illicit products are commonly sold as ‘duty free stock bought in error’ to avoid detection.

“Similarly, they try to beat algorithms by putting a code word in front of ‘cigarettes for sale’ with the hope of throwing any one policing online off,” he explains. 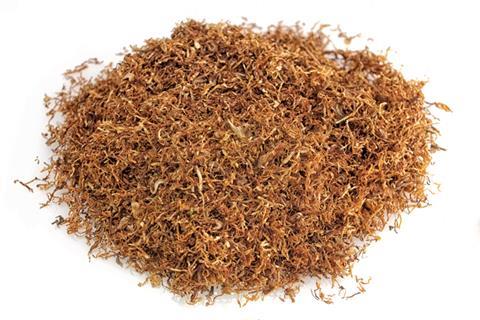 The “good news”, for want of a better phrase, is that action to tackle and deter the illicit sales at a more local level, is on the horizon.

The results of HMRC’s consultation on tougher sanctions to tackle tobacco duty evasion are expected shortly, with a number of “game-changing” penalties and initiatives linked to the Track and Trace System (TTS) for tobacco products on the cards.

With the UK’s TTS now embedded, the consultation proposed a number of key changes, most significantly of which could be a new power for Trading Standards to ban retailers “persistently” caught trading in illicit tobacco from selling tobacco products by deactivating their Economic Operator Identifier (EOID) codes – a move which HMRC says would be “especially useful.”

JTI has also given this particular proposal a thumbs up. Granting Trading Standards the power to issue ‘on the spot’ fines and suspend the EOID’s of those caught selling illicit tobacco would, “effectively, remove the need for cases to go to court, as retailers would have their right to sell tobacco instantly suspended or revoked, which could have a big impact,” Howell added.

“We regularly monitor media reports of illicit tobacco seizures and there are several cases we’ve picked up where it has taken three or four offences before the retailer ends up in court. The quicker you can get the bigger penalties, the better,” Howell said.

The consultation has been broadly welcomed by retailers, trade associations and tobacco manufacturers alike, although the Association of Convenience Stores (ACS) has called for the development of guidance to better help retailers understand the process on how and why EOIDs may be deactivated.

It also thinks that HMRC should ensure there are clear avenues for businesses to appeal the deactivation of their EOID. 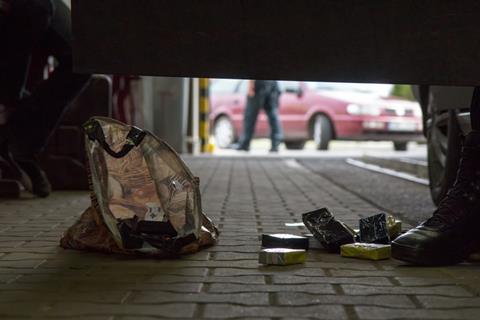 The ACS also called on Trading Standards officers and HMRC to broaden its outlook on sources of illicit and non-duty paid tobacco products.

As chief executive officer James Lowman points out: “Convenience stores, newsagents and off-licences are not the only places that illicit or non-duty paid product is present in communities.

“However, they are the easiest places for trading standards officers to take enforcement action against because they have a visible presence in communities, are subject to regular compliance checks and trade from fixed premises.

“There are number of different locations where illicit tobacco is sold, including takeaways, clubs, markets, private accommodation and self-store.”

“Increased enforcement action and better tracking of tobacco in the supply chain is likely to drive the illegal tobacco market underground.

“This means more products sold through private homes or on the street. Therefore, enforcement action must adjust accordingly and not solely focus on retailers, which is at the central policy aim of this consultation.”

But of course, even the toughest of sanctions can only do so much. Winning the fight against illicit tobacco, or even issuing it with a stinging blow, requires a multifaceted plan of attack.

A freeze in taxation, although unlikely, would certainly help, as would higher levels of reporting from within communities. 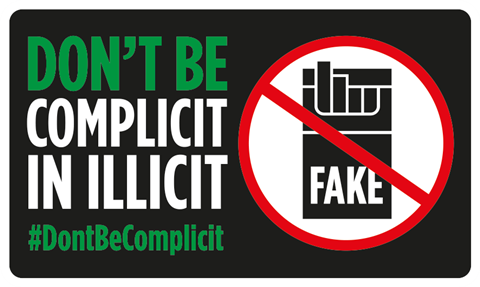 Responsible retailers clearly have a greater role to play here too, the Bipins and Mikes on the front-line, whose tobacco sales and profits face a return to the firing-line unless concerted action is levelled.

However, despite the threat, levels of reporting from the legitimate retailing community are not as high as they could be.

In fact, according to Imperial Tobacco, recent figures have shown that “a staggering 78% of those who are aware of illicit tobacco being sold in the last 12 months haven’t reported it, with just 19% saying they did”.

JTI’s Ian Howell elaborates on why this may be: “We know that many retailers feel these reports fall on ‘deaf ears’ and that ‘nothing ever seems to happen’, so a real challenge can be in encouraging them to step forward.

“We want to reassure retailers that everyday enforcement action is taking place and the criminals depriving honest retailers from legitimate sales are being brought to justice.”

Training staff to recognise the signs of illicit activity and report it higher up the management chain is also key, he adds.

“Law enforcement agencies depend on the support of retailers to tackle the problem head on, so the more staff are aware of the issue and the warning signs to look out for, the better.

After-all, the illicit tobacco trade is a crime that thrives as a result of its sophisticated criminal network and community of unscrupulous sellers, meaning that an even more concerted partnership approach is needed from all levels of the legitimate retailing community and beyond, if it is to be tackled. 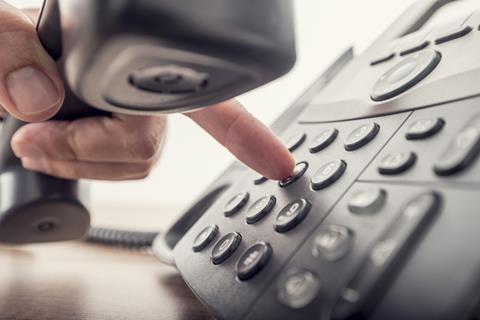 Retailers aware of anybody selling illicit tobacco have an array of routes to report it. These include: