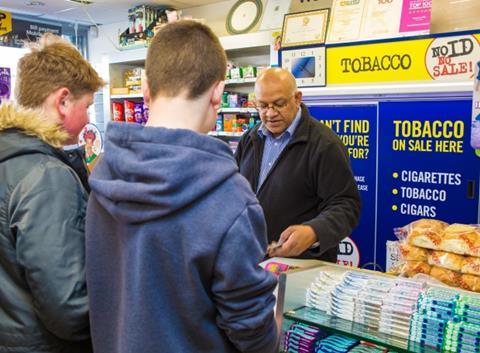 A suggestion by MPs of raising the age of sale to 21 for tobacco products in order to reduce smoking has been met with criticism.

In its report, Delivering a Smokefree 2030: The All Party Parliamentary Group on Smoking and Health recommendations for the Tobacco Control Plan 2021, 12 suggestions were set out to government on cutting down tobacco consumption.

These included introducing legislation to make tobacco manufacturers pay for a Smokefree 2030 Fund to bring an end to smoking; the funding of regional programmes to reduce the use of illicit tobacco in deprived communities and health warnings on individual cigarettes.

The group also recommended a consultation on raising the age of sale for tobacco from 18 to 21. It believes the effect of increasing the age of sale would be “cumulative over time by reducing uptake in future generations, particularly in poorer and more disadvantaged communities”.

It is hoped that this measure would “further decrease the numbers of under 18s smoking, by making it harder for children to obtain cigarettes and taking the legal purchase of cigarettes beyond school age” as well as remove a potential source of supply within schools.

The suggestion of an increase in the minimum age to buy tobacco was met with derision from smokers’ group Forest.

“If you can vote at 18 you should be allowed to buy tobacco at 18,” said Forest director Simon Clark. “In the eyes of the law you are an adult and once an adult you should be treated like one.

“Treating young adults like children insults their intelligence. Instead of prohibiting the sale of tobacco to people aged 18 to 20, the government should continue to educate teenagers about the health risks of smoking and encourage adults of all ages to take personal responsibility for their health. If however an adult chooses to smoke, the government must respect that choice.”