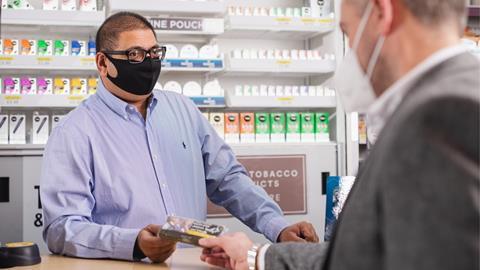 Working together to stub out illicit tobacco

Covid-19 has not slowed the illicit tobacco trade, which continues to take money out of the hands of law-abiding retailers. Fighting it requires participation by all, says Ian Howell, fiscal and regulatory affairs manager at JTI.

Understanding the problem of illicit tobacco

Illicit tobacco continues to be a serious issue for law enforcement, retailers, suppliers and communities across the UK. HM Revenue and Customs (HMRC) estimates that the total cost of tobacco smuggling, in terms of lost tax revenue, is close to £49bn since 20001. This includes £2.3bn in 2019/20, with 9% of cigarettes and 34% of roll your own (RYO) in the country coming from illegal sources2.

While cheap illegal tobacco products may appear a bargain to some smokers, they are underpinned by criminal organisations, and this illicit trade undercuts local businesses as law-abiding local retailers lose sales and footfall in their stores.

Kantar research shows that, in 2021, the problem is particularly concentrated in Greater London, where 46% of smokers have purchased illegal tobacco in the past month3. Areas such as Wales, the West Midlands and the North, at 37%, are also above the average level across the country.

The effect of Covid-19 on the illicit tobacco trade

Since the start of Covid-19, volumes [of illicit tobacco] in the legal UK market have increased as smokers haven’t been able to travel overseas and access cheaper products, resulting in a considerable revenue boost for the Treasury - £1.4bn in 2020/21. However, despite lockdowns and travel restrictions, more than 35% of smokers have been able to purchase tobacco not subject to UK taxes4.

What JTI is doing to fight illegal trade

JTI takes illicit tobacco very seriously and is committed to supporting retailers and providing them with the tools they need to communicate the dangers of the illicit tobacco trade to their customers.

Its ’Don’t Be Complicit in Illicit’ campaign and dedicated microsite, feature a host of useful articles and advice, and aim to helps retailers join the fight against illicit tobacco in their area by providing them with more information on the scale of the issue.

The company also assists law enforcement to stamp out illicit trade through a variety of no-nonsense measures. For example, it regularly conducts test purchasing to identify retailers selling illegal tobacco and, since the start of 2020, has gathered evidence on over 160 of them.

And in 2021, with the support of its service providers, JTI issued its 20,000th takedown notice against online sellers offering counterfeit JTI products, as well as completing its 20th private prosecution.

What retailers can do to tackle illegal tobacco

Law enforcement agencies depend on retailer support to take action, so the participation of retailers is crucial when it comes to tackling the problem head-on.

By encouraging more people to report suspicious activity to the relevant authorities, retailers can help protect their local communities. Educating and training staff on illicit tobacco is also vital, as the more staff who are aware of the issue and the warning signs to look out for, the better.

Many retailers feel these reports fall on ‘deaf ears’ and that “nothing ever seems to happen”. However, everyday enforcement action is taking place and the criminals depriving honest retailers from legitimate sales are being brought to justice.

Operation CeCe, a joint initiative between National Trading Standards and HMRC to tackle the illegal tobacco trade, has seen a notable uplift in enforcement action and seizures in 2021. Last October, 24,200 cigarettes and 6.65 kilos of hand rolling tobacco were seized from shops in Darlington by Durham police, further disrupting the illicit trade in the borough.

You can also visit www.jtiadvance.co.uk/DontBeComplicit and use the Don’t Be Complicit in Illicit microsite’s quick and easy ‘report’ function.