Ferrero has lifted the lid on a host of seasonal developments and NPD across its Kinder, Rafaello and Thorntons brands. 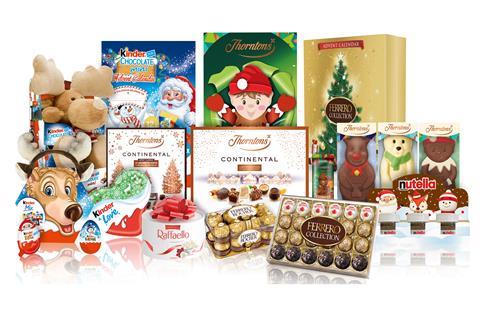 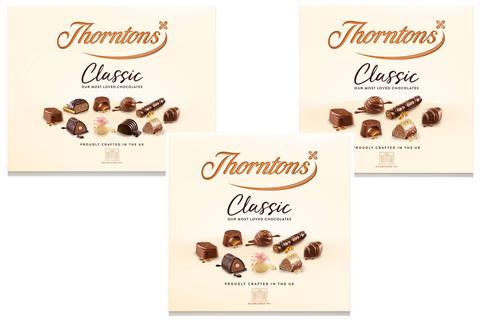 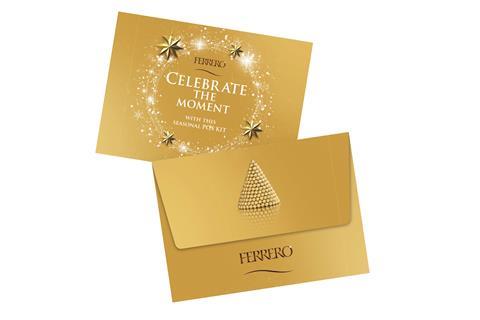 The firm has revamped Thornton’s Classics in a bid to “reclaim the number one position” in inlaid boxed chocolate, according to Levi Boorer, customer development director for Ferrero UK & Ireland.

The chocolate assortment has been re-engineered to correlate with Britain’s top 10 confectionery flavours, with the likes of Turkish delight and coffee being ditched in favour of strawberries and cream, triple chocolate and dark butterscotch.

In addition, Thorntons Continental has received a makeover with six new chocolates, including Spanish torres and Italian panforte (rrp £9.68 / 273g).

The group is also premiumising the Thorntons Continental advent calendar with the addition of a bar for the 25th door celebrating Christmas Day (rrp £11 / 311g).

What’s more the firm is making Rafaello more giftworthy with a new box topped with a red ribbon (rrp £4.25 / 100g).

Outside of boxed chocolate, Thorntons Cheeky Elf has expanded into the treat category. The 29g variant has an rrp of 75p while a 200g version carries an rrp of £5.38. Both skus comes in four different poses.

The company is hoping to follow up the success of the Cheeky Elf figure with Cheeky Reindeer and Snowy Bear figures (rrp £5.38 / 200g).

For the first time, Ferrero is supporting small stores with Diwali POS to drive visibility and sales. The kits will be available to order from the firm’s Your Perfect Store website from September and retailers will also have the chance to enter a competition to win a pre-filled Ferrero stand.