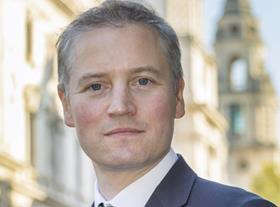 Politics, as I’m sure you’ve noticed, has been dominated by the Brexit debate for what feels like decades, so the Queen’s Speech last week, while still pretty Brexit heavy, was a refreshing return to government setting out its domestic legislative intentions in the coming months.

One of the headline Bills announced was the long-awaited Environment Bill. There’s a lot to unpack in this Bill, with most of the details yet to be confirmed, but the government has made it clear that policies like deposit return schemes (DRS), charges for single-use plastics and reducing waste are high on its agenda.

We remain concerned about the ramifications of DRS for retailers, and while charging for plastic bags has been successful, the government should finish the job it started in 2015 and make the policy applicable to all shops before embarking on a new charging scheme for other things.

There was limited good news in the Queen’s Speech on plans to give tougher sentences to the most violent offenders. Almost 10,000 incidents of violence were recorded in our sector last year, with almost half resulting in injury, so it’s absolutely crucial that the people committing those crimes are given proper justice. However, these crimes don’t happen in a vacuum, often it’s the lack of response to lower level incidents like theft and verbal abuse that give criminals the confidence to go on and commit more serious offences, so the government still has work to do to ensure there is effective intervention to stop the cycle of repeat offending.

Also, sentencing rules mean nothing if offenders aren’t even being apprehended.

The other main area of interest for retailers will be employment law reform. This Queen’s Speech provided another reminder that the government is committed to raising the National Living Wage to £10.50 per hour. The convenience sector is an excellent employer providing local, secure and flexible jobs, and the real issues lie with less secure and balanced ‘gig economy’ jobs. Increases in the National Living Wage can only be taken so far before businesses – and by extension their colleagues – suffer.