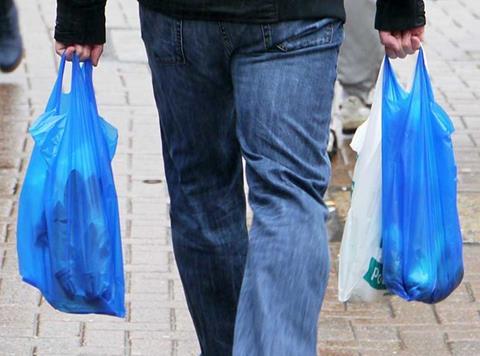 Legislation on the proposed increase to the plastic bag charge may be rushed through due to a lack of time in the Parliamentary calendar.

Announced last August by Defra, the changes included increasing the charge for a single-use plastic bag from 5p to 10p in England, Northern Ireland and Wales. An April 2021 implementation date had been scheduled however no parliamentary date has been scheduled for the debates for the change in legislation.

When asked by ConvenienceStore.co.uk about the timetable for implementation, a Defra spokeswoman said that the aim was still “mid-Spring”.

She explained that in order to meet this deadline, the increased charge would come into effect the day after the Statutory Instrument has been signed off.

“To account for the very busy parliamentary timetable and ensure there is sufficient time for debates for this SI, the Order (SI) will come into force the day after the day on which the Minister signs (makes) the Order. This usually happens a matter of days after Parliament has approved the SI.”

As part of the consultation outcome, it was stated that “the government will put in place an effective communications strategy ahead of the proposed changes to extending and increasing the charge, to ensure that consumers and businesses are aware of the changes” and that the relevant guidance on the GOV.UK site will be updated.

When questioned about this, a Defra spokeswoman told ConvenienceStore.co.uk: “We are writing to stakeholders to inform them of the changes the SI will introduce and will provide an update once the dates for parliamentary debates have been set. We will also be sharing updated guidance informally with stakeholders, in advance of it being published on gov.uk.”

Some retailers in England have already begun to charge 10p per bag in anticipation of the changed legislation including Budgens Offord in Cambridgeshire.

Earlier this month, Scotland increased the charge per bag from 5p to 10p.

Association of Convenience Stores (ACS) chief executive James Lowman appealed for as much notice as possible for the change so it can be communicated to shoppers. “There are supposedly just weeks to go until the extension and increase in the plastic bag charge are supposed to come into force and we still don’t have clarity on the implementation date. Small retailers need as much notice and support from DEFRA as possible ahead of the change to enable them to provide advance notice of the change to customers and colleagues, which will reduce the risk of confrontation in store.

“ACS has long supported the extension of the plastic bag charge to all retailers in England as a way to provide consistency for customers, and as another great way of raising money for local and environmental charities.”