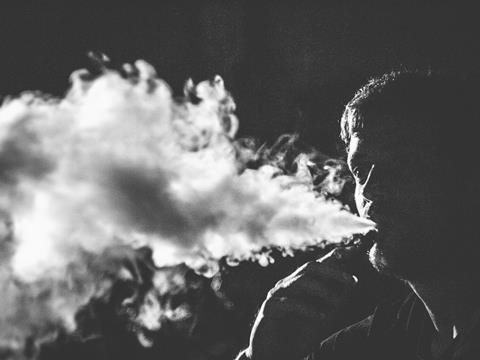 Vaping brand Geek Bar has launched a new campaign aimed at retailers to help stem the flow of counterfeit and non-compliant vaping products finding their way onto the UK market.

It has produced a leaflet which will accompany all Geek Bar products heading to the UK from this month, detailing its measures to combat the counterfeit and non-compliant vape market. The leaflet is also being sent to all local authority trading standards teams across the UK.

The campaign states: “Geek Bar takes its responsibility to its customers very seriously. It has come to our attention that there are counterfeit products on the market, claiming to be genuine Geek Bar vapes.”

“We cannot vouch for the safety of counterfeit products and would urge customers to verify their Geek Bar vapes at our website http://www.geekbar.com/ where you can input the unique serial number and instantly identify whether it is a genuine product.

“We also want to remind our customers that all vaping products can only be purchased by over 18-year-olds for use by adults only.”

Geek Bar has launched a number of other initiatives to crack down on counterfeit and non-compliant products in recent weeks.

Billy Rahman, managing director at vape manufacturer iBreathe, has been appointed to act as a consultant for Geek Bar and has established a primary authority arrangement with his local council, Oldham in Greater Manchester, in which trading standards officers there will co-ordinate operations with their counterparts around the country in respect to counterfeit and non-compliant disposable vape products.

He is also working alongside compliance company Arcus Compliance, which represents brands in the vaping industry, to ensure that all CLP (classification, labelling and packaging) requirements for Geek Bar products being sold around the UK are met.

Meanwhile Geek Bar has published a list of approved UK distributors and has worked with the authorities in China to close down 12 counterfeit factories in recent months. Over 100,000 vapes, destined for the UK market, have been seized.

The company is also in the process of warning all non-official Geek Bar social media sites that they must cease to continue under the Geek Bar name.

Retailers and distributors can report suspected counterfeit and non-compliant products at legal@geekbar.com and the company is incentivising retailers to report counterfeits or products that do not comply with UK regulations.

The largest haul was at a former takeaway outlet in Newcastle in November and was worth more than £190,000. Items have also been seized in raids in Aberdeen, North Lanarkshire and South Ayrshire in Scotland, Stockton-on-Tees, Halton, Walsall, Cherwell in Oxfordshire, Cheltenham and Cirencester in Gloucestershire, and parts of Kent.