Coca-Cola European Partners (CCEP) has unveiled a new cherry-flavoured variant to the Coca-Cola Energy range to broaden its appeal. 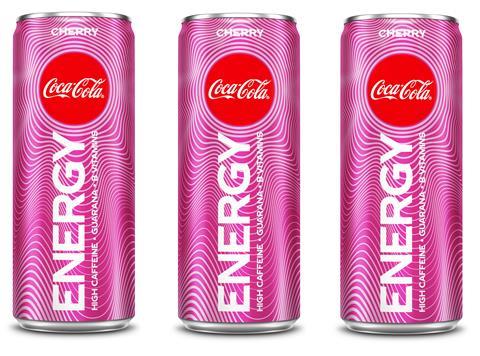 Coca-Cola Energy clocked up almost £4m-worth of sales in 2019 and the company believes Coca-Cola Energy Cherry will help retailers to capitalise on the demand for flavour innovation in the energy sector. The drink combines Great Britain’s most popular cola flavour (Nielsen Total Cola Value, flavours with cherry, FY 2019) with naturally derived caffeine, B vitamins and guarana extracts, but with no taurine.

At the same time Coca-Cola Energy and Coca-Cola Energy No Sugar have been given an extra Coca-Cola taste, and the cans have an enhanced look and feel which draws greater distinction between the two variants. The can design of Coca-Cola Energy Cherry reflects the full range, but comes in striking pink which delivers maximum on shelf standout. All variants come with branded shipper trays that help deliver further standout in the chiller and POS to highlight to shoppers that the range provides an energy kick and the unique taste of Coke.

The three-strong Coca-Cola Energy range will be supported by a multi-million-pound marketing campaign kicking off in April which includes out-of-home advertising, consumer sampling of more than a million samples and activation at some of the biggest music festivals across the summer.

“With cherry-flavoured colas worth £160m and taking the mantel as the most preferred cola flavour in GB, Coca-Cola Energy Cherry will help the range appeal to a broader audience of both cola and energy drinkers. This new flavour variant in combination with the extra Coca-Cola taste of the original variants and new-look cans will no doubt help fuel sales for retailers this year and beyond.”