Former Wine Rack executive Haydn Hicks has redefined the Bargain Booze brand at his Select Convenience store in Cumbria, with on trade and food to go to the fore 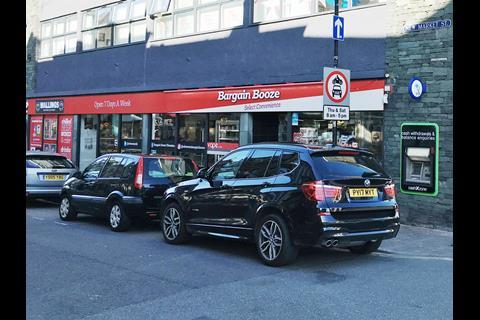 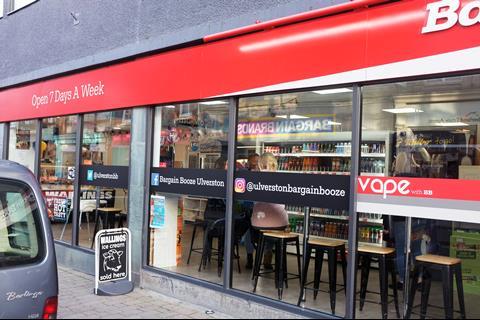 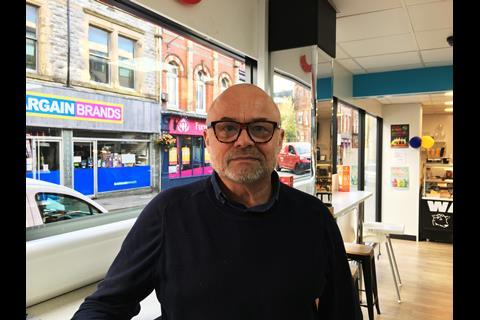 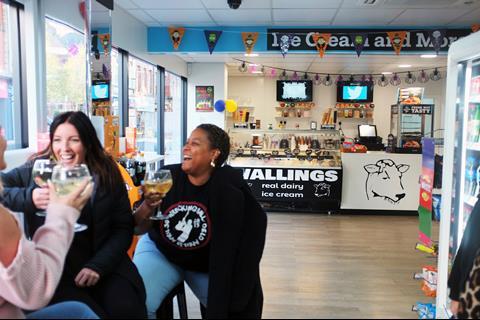 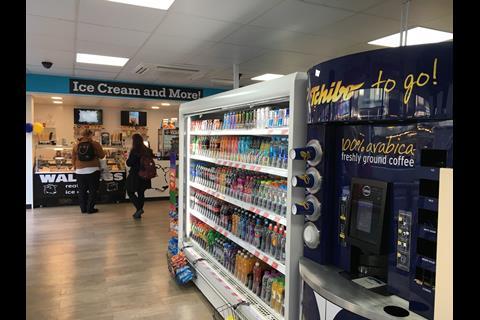 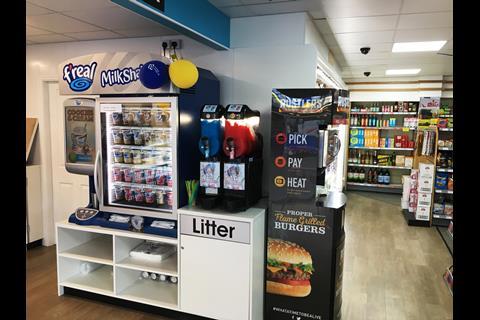 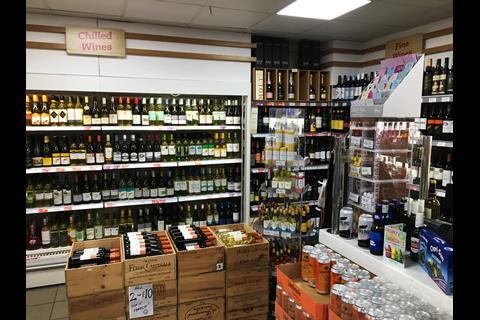 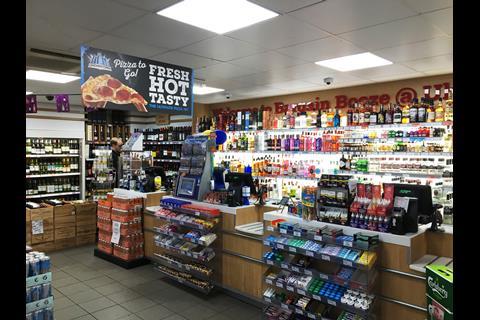 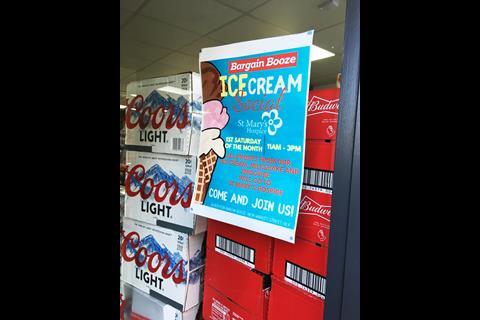 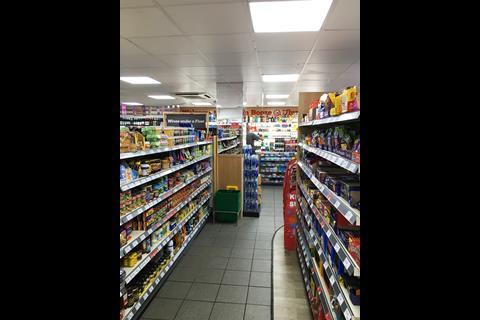 In the splendid geographical isolation of south Cumbria, Haydn Hicks is at the centre of the convenience revolution. His Bargain Booze Select Convenience store in the small town of Ulverston continues to adhere to the Bargain Booze USP, with a comprehensive and competitive alcohol offer, but it has now gone on trade – and on trend in many other ways, too.

The new food-to-go offer is cutting edge, technology is being successfully utilised to drive loyalty, and the alcohol offer is second to none. Grocery has been streamlined but is focused, relevant and growing, while the timeless attributes of customer service and community engagement remain crucial to the store’s success.

Haydn first took on the lease in 2000 before first revamping the store in 2009 when a Tesco Express replaced the Woolworths in town. “We’ve always tried to push what they’re not selling, we had to adapt and change so we went down the traditional beer route,” he says.

Ten years later, and with an Aldi and M&S Simply Food also due to open in Ulverston, Haydn knew it was time to continue his store’s evolution. In the intervening years he had honed his retail skills at Wine Rack, where he held the role of head of retail operations for five years until January 2019. During this period he also had to navigate the choppy waters caused by the Conviviality collapse, which he describes as “quite frightening”.

“I had to use my experience and go to different wholesalers and use contacts I’ve had for 20 years,” he adds. “It all came together, thankfully. Now these guys [Bargain Booze brand owner Bestway Retail] know what they’re doing, and there are other companies that seem to be struggling at the moment.”

So with the ship steadied and his retail nous and experience to call on, Haydn embarked on a major refit earlier this year to meet the competitive challenges. In came a food-to-go offer including a locally-supplied ice cream bar, homemade Belgian waffles, a F’real milkshake machine, Chicago Town pizza to go, a Tchibo self-serve coffee unit, Rustlers burger machine, Sir-Lush slush machine, and homemade sandwiches and salads.

But the biggest transformation has been the new on licence, enabling customers to drink alcohol at the new seating area, which comprises 10 seats. “We brought an on-licence concept in to it, where you can come in and buy a bottle of wine and sit down and drink it. It’s a common practice among our customers now. I’m quite proud to be a pioneer of it really, but things are changing a lot,” he says.

“I’ve seen it on my travels in Ireland, where you can go in to a chemist and sit down with a pint of Guinness. Mums are coming in with their kids to get ice cream and will sit down with a bottle of prosecco, and others are sitting to drink beer in the evening.”

The overall impact of the revamp has boosted footfall, while sales are up about 6% year on year. “We’re getting people back who drifted away, and new customers who are enjoying the feel of it.”

The ice cream, Haydn believes, is the “best in the North West” and is supplied straight from Wallings farm near Lancaster twice a week. Flavours are extensive and diverse, spanning jaffa cake, Eton mess, banoffee, lemon meringue, cookies & cream, rum & raisin, rainbow, cream egg, alongside traditional favourites such as vanilla and triple chocolate, and dairy-free sorbets.

Prices are a competitive £1.70 per cone with 50% margins, while Belgian waffles come fully dressed at £3.50. Elsewhere, the new Chicago Town pizza offer is “very much sustainable” and turning over up to 40 portions per week.

Following the refit the store cut back on the grocery offer, which has led to an increase in sales. “We’re aiming for everyday convenience, it’s taken a long time to get right,” he says. “We generally stick to just branded and economy lines.”

The new Bestway chilled range is also popular with customers. “It fits the demographic of my business and there’s minimal wastage now, too.” Other on-demand lines include locally-produced meats, pies and shrimp from Morecambe Bay, as well as a sizeable Polish range to cater for the local Polish community. “My manager is Polish and she’s been here 12 years,” he adds proudly.

The off licence includes an extensive range of chilled wines, fine wines and promotional ‘2 for £10 Mix ‘n’ Match’ wines displayed in wooden crates on the shop floor. A broad range of chilled ciders and beers are complemented by a craft beer fixture, while a premium spirit range is displayed behind the counter. “My old man used to tell me that the one metre behind the counter was the most profitable part of the business,” Haydn says. “Young people are generally drinking better quality alcohol, but less of it. They’ll drink Grey Goose or Absolut vodka, not cheap white cider.”

Among the premium spirits offer, gin has become an increasingly important player. Once a week the store runs a ‘try before you buy’ tasting session of gin or other categories, such as ice cream. “I learnt a lot from Wine Rack on the gin side,” he adds.

All tobacco has now been transferred from behind the counter to under the counter, but a striking new vaping fixture complete with an educational media screen reflects the focus on the burgeoning e-cigarette category.

His finger on the pulse, Haydn and his staff make a priority of reaching out to the digital customer. Not only do the staff “constantly” post on social media, but the store’s Instagram, Facebook and Twitter addresses are slickly displayed on the exterior.

Furthermore, the store has joined the Loyal Free app in connection with its membership of the local BID (Business Improvement District). App users currently receive every 10th F’real milkshake and Tchibo coffee for free, and a coffee for £1.50. “There are already about 70 people on the app and they come in constantly,” Haydn reports.

The store also runs a customer incentive scheme for good causes. Every first Saturday of the month, all profits from ice cream, milkshakes and smoothies go towards the nearby St Mary’s Hospice. In addition, it donates £1 from every blue and yellow ice cream to the hospice all year round, while products going out of date go in a community box, which also cuts down wastage.

Like all the best retailers, Haydn combines a modern approach to retail with the traditional elements of community engagement and customer service that remain so appealing to local shoppers. “Customer service has always been my mantra, everyone gets treated the same,” he enthuses.

His stint at Wine Rack was invaluable for absorbing best practice from other retailers, he says. “At Wine Rack I learnt a lot from the different cultures, such as from the Indian community down in London. Every day was a school day and you start to piece together all the pieces of the puzzle.

“From the Indian community I basically learnt better retailing. They were very much about every penny – you bring that back into your own business. They were very margin-driven and customer-focused as well. It was putting the icing on the cake of retail.”

As for the future, Haydn wants to focus his energies on the Ulverston store and his other store near Liverpool. “I want to make this store a big success. I’m happy here, I don’t want to take on more sites,” he explains. “I see customers now who I remember coming in in prams. That’s what’s it’s all about, it’s rewarding.”

Opening hours: 8am-10pm every day of the year