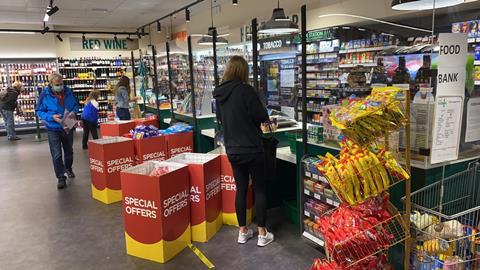 Ronak Patel, who owns three stores in Cambridge, including the Convenience Awards’ Best Large Store Budgens Arbury, is taking staff safety to the next level.

At the start of lockdown, Ronak made a significant investment in protective screens at till points and in the post office area. “We were one of the first stores to put screens up,” he claims. “We got them from a London firm, they did a great job. They’re pricey but the quality is good and it looks professional. The screens gave staff and customers confidence.”

The store also introduced 2m floor markings for people to queue in the post office and on the shopfloor and promo bins have been placed in between tills to stop customers crossing paths. Staff wear masks provided by Ronak and regular wiping down of baskets and trolleys has become part of the daily routine.

Now, as winter approaches, Ronak is ramping up covid prevention measures in order to keep customers and staff safe. 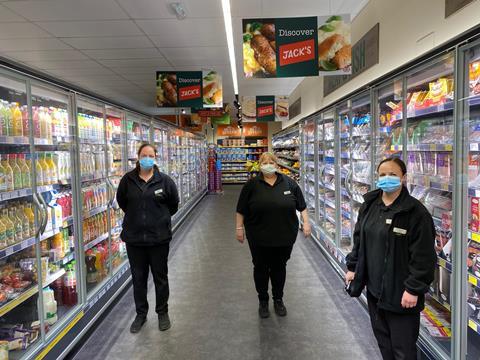 Ahead of flu season, Ronak is introducing a new initiative. “We’ve put a [staff] poster up in all our stores saying if anyone wants to get a flu jab, we’ll reimburse them,” he says.

He was inspired by a similar initiative in a different industry. “My wife works in construction and they’re doing the same scheme,” he says. “When she told me I thought it was a really good idea.”

He claims that vaccinations are a relatively small investment. “They aren’t expensive - £9 in Tesco and they were even £1 in Asda for a limited period,” he says. “Brian, our store manager at Budgens Arbury, his wife is doing flu vaccinations in school and she has given us the number of a nurse who will come to the store as a service for key workers.”

Ronak states that the cost easily outweighs the consequences of staff being off on sick leave. “One staff member catches the flu and they’re out for the week. And then there’s the whole is it coronavirus or isn’t it.”

He advises other retailers to consider offering similar schemes. “It’s something other retailers should think about - obviously it’s up to staff members to make their own decisions, but knowing there is a company incentive to do it can motivate them,” he says. “I’ve booked myself in for a vaccination too. I’ve never had a jab before, but I thought this year it’s more important. It’s more available than it used to be too - it used to be by GP appointment, but now you can get it in supermarkets.” 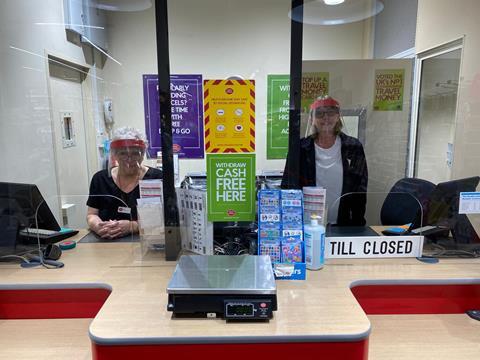 Ronak is now attempting to keep his workers in bubbles where possible. “We’re trying to do social bubbling with morning and evening staff not interacting,” he says. “Till staff and shop floor staff stick in their own bubbles. We’re lucky in that we have a big enough store to do that with Budgens Arbury.”

Separating staff into groups is much trickier at his smaller stores, Ronak concedes. “In my other stores it’s more difficult to create the bubbles,” he says. “The Nisa is 2,400 sq ft and my other store is 2,000 sq ft. You have less staff and less flexibility. Here at Arbury, we have a dedicated team for fresh, bakery and post office so they aren’t mixing as much. In the smaller stores we do it to a lesser degree. If staff have to interact it’s at the 15 minutes shift swap - at 12:15 the morning staff finish and the evening staff start at 12, but they’re still 2m apart.” 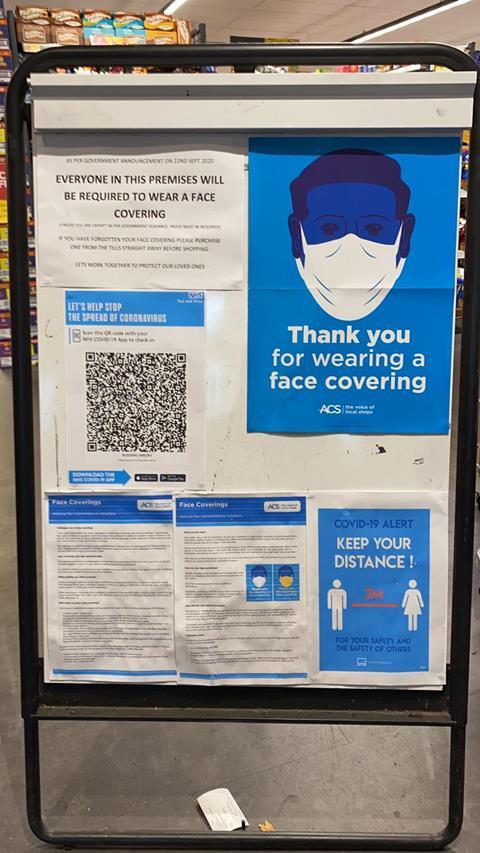 Ronak admits that, like many retailers, he initially found the Prime Minister’s recent mask rules baffling. “When Borris first announced the masks, it was such a vague announcement we didn’t know what it meant,” he says. “It didn’t go into detail about whether it needed to be worn back of house, in the office. It’s only this week that the Association of Convenience Stores website was able to make it clear.

“We told all staff to wear one unless you have a doctor’s note. Everyone is compliant. This week I’ve put out another notice saying if you can maintain 2m distance in the back areas you don’t need a mask and if you’re behind a screen you don’t need [to wear] one.”

He has decided to invest in face visors. “We gave everyone masks in March,” he says. “When I had a mask on I was touching my face more than ever, I had to keep pulling it down to access my phone through facial recognition! I’m ordering everyone visors now and giving them the option of wearing one instead of a mask.”

He is now focussing on ways to ensure the local secondary school pupils adhere to the mask requirements when in store. “It’s difficult to tell with kids if they are under or over 11, it’s becoming really difficult to police it. We’ve had a meeting with the local school - we asked if they are 11 or under can they wear a badge, but the school won’t do that because of data protection. The head teacher said they’ll address it in assembly that everyone must wear a mask in the store.”

Ronak also has a QR code displayed at the store entrance as part of the government’s coronavirus testing and contact tracing programmes. “We have a QR poster on the shop door to encourage people registering for Track and Trace. But 50% of our customers are elderly and don’t have a smartphone, so I don’t see it working.”

Overall, he is pleased with the progress the store has made so far in the fight against covid-19. “We’ve done all the recommended steps,” he says.“I think the team is managing it really well.”

How are you protecting your staff during the pandemic? Let us know by emailing Sarah.Britton@wrbm.com.