Raven’s Budgens in Abridge, Essex, fell victim to a break-in on Sunday 16 January, but the thieves’ plans were thwarted when they couldn’t access the tobacco they were targeting thanks to a Navarra Smart Tobacco Gantry.

Three men broke into the store at 3:30am using a petrol-operated road cutting device. “The machine takes one bloke with two hands, struggling, to pick it up,” said owner Goran Raven, who captured the incident on CCTV. “It’s what they use to cut up concrete on the roadways.” 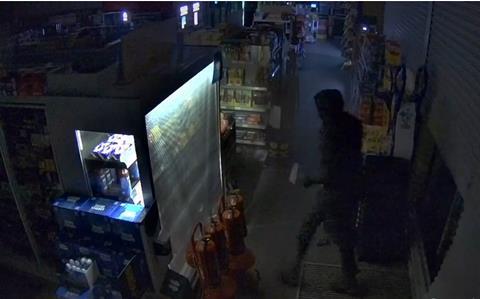 Upon hearing the noise of the cutting machine, neighbours called the police, but they couldn’t get to the store on time to stop the attack.

Meanwhile, the private security firm Goran uses narrowly missed the attackers, arriving on the scene in four and a half minutes, just 45 seconds after the thieves had left. “It was a very professional outfit - they were in and out in minutes,” said Goran. 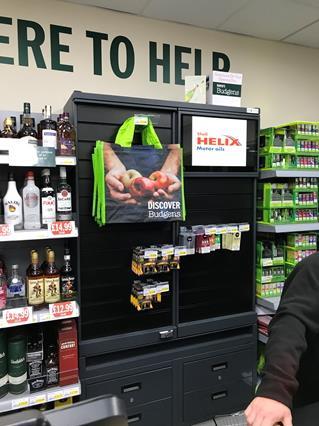 However, the thieves left with just 62 packets of cigarettes, rather than the 1,000 stored on-site. “We have a Navarra gantry, which is like a vending machine, so they couldn’t access it,” said Goran. “62 packets of cigarettes is still expensive, but it could have been a lot worse. We’d have lost our entire inventory of stock if we didn’t have the Navarra.”

The full number plate of the thieves’ getaway vehicle was identified, but the police said that the criminals aren’t using it any more and the case has been closed. “It would actually require policing and detective work for them to do something about it and that’s not what the police in Essex are about any more,” said an exasperated Goran.

The criminals caused £5,000 worth of damage, ripping all the covid screens down as they approached the counter.

However, the incident has not put Goran off selling cigarettes. “I’m a 4th generation retailer and I’ve witnessed 20 robberies over the years - all they’re after is cigarettes, cigarettes, cigarettes,” he said. “Tobacco is a dwindling market, but it’s a key component. Smokers are regular customers and they pick up other items, they’re big basket spenders. So if I was to get rid of cigarettes I’d be chopping my nose off to spite my face.”

The store is fitted with a 1.2m wide RDH1200P Navarra gantry.