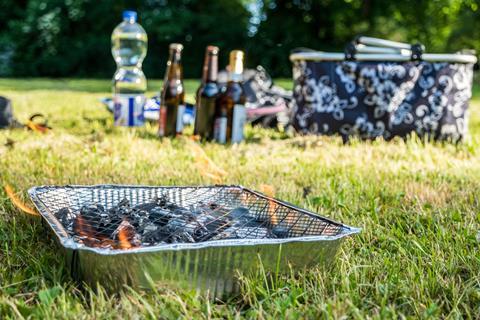 London’s Fire Commissioner has called for a total ban on disposable barbecues.

The appeal comes following an “unprecedented number” of large grassland fires that London’s firefighters had to tackle last week.

According to London Fire Brigade, in the week commencing Monday, 18 July the Brigade received 8,302 calls and attended 3,231 incidents. Its research found that the number of 999 calls received was more than double taken for the same period last year and that 34 grass fires required an attendance of four fire engine and above.

Are cheap deals on disposable barbecues the reason “mums go to Icelands”? Come on @IcelandFoods take these off the shelves and back @DisposablBBQBan campaign to reduce the dangers caused by them. https://t.co/QcHhfV4S2p

For as little as £1.25 a disposable barbecue can be bought and potentially cause untold damage to tinderbox dry grassland that could spread to homes. It’s what we do @coopuk say. We’d really like you to take them off the shelves and totally ban disposable barbecues pic.twitter.com/t3mnvB6M9D

The fire brigade warned that disposable barbecues pose a significant fire risk if they are not put out properly, causing grass fires in open spaces and scorching the grassed areas. It added that the dry spell has left grassland “like a tinderbox” and increases the chances of a fire caused by a disposable barbecue.

London’s Fire Commissioner Andy Roe has written to local authorities asking for a temporary ban on the use of barbecues in all public parks and open spaces.

Commissioner Roe said: “Despite our grass fire warnings, we’ve still seen some people behaving carelessly and recklessly. On Saturday (23 July) firefighters prevented a serious blaze at Wanstead Flats caused using a disposable barbecue. We need urgent action now to see a national ban on the sale of disposable barbecues. They can be bought for as little as five pounds and can cause untold damage, especially when the grass is as dry as it has been over the last few weeks.

“Last week is another example of how we are increasingly being challenged by new extremes of weather as our climate changes and we’re developing long-term strategies to deal with more incidents like this in the future.”

The Brigade also is backing a petition set up by Toby Tyler whose son Will was severely burned by a disposable barbecue. The petition can be found at https://petition.parliament.uk/petitions/618664.