How to capitalise on the Pokemon Go craze

If you’re wondering how to make the most of the Pokemon Go phenomenon, then look no further 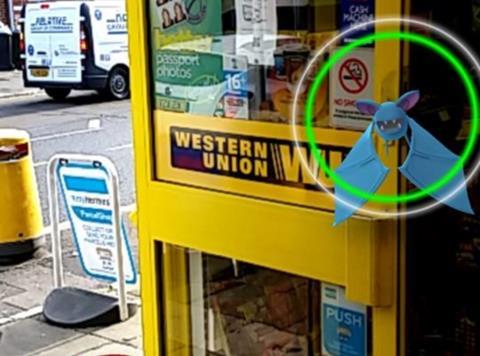 What is Pokemon Go?

Pokemon Go is the app craze that’s sweeping the nation. Using GPS location and real-world maps, players can use their smartphones to hunt for and capture creatures called pokemon.

Why is it worth me taking part?

Retailers across the UK are boosting their community profiles and increasing sales by encouraging pokemon players to visit their stores and support them on social media.

How do I get involved?

Download the Pokemon Go app from Playstore (android) or The App Store (iphone).

Photograph any pokemon you find in-store or in the surrounding area and post them on your Facebook page and encourage your followers to do the same.

How do I take it further?

Check out your local area on the map and see if you have any pokestops (areas where players can pick up tools to catch pokemon) or gyms (areas where pokemon can do battle) nearby.

a) Highlight the pokestop on social media – the most effective way is to post a photo of the nearby stop, or of a pokemon in-store (by switching on the ‘AR’ function on your phone)

c) Use lure modules to increase the number of pokemon in the area, which will in turn attract more players. Lures last 30 minutes can be collected at pokestops, but can also be purchased. You can either release lures yourself, or encourage players to release them at your nearest pokestop by offering them a small incentive. Some businesses buy several lures and then publicise a ‘lure party’ at a set time in order to encourage players to visit.

The Kiosk Newsagent in Newport, South Wales is offering pokemon players a 25% Slushie discount if they set off a lure at the pokestop near the store

a) Highlight the fact that you are near a gym on social media, preferably with a pokemon photo

c) Set up a tournament on social media where players can gather at your store before heading for the gym to do battle.

Greens of Markinch in Fife has made sure that pokemon players are welcome at the store, alerting them to the fact that there is a pokegym nearby  and also to the fact that rare pokemon have been sighted

b) Use social media to organise a pokemon hunt. This could be a family friendly event where everyone meets in your store and goes on a walking tour of the area, before ending at the store to compare their results and hopefully purchasing refreshments.

c) Put up signs at the pokestops or gyms (permission allowing) highlighting a store deal especially for pokeman players.

d) Encourage players to post images of the pokemon they’ve caught on your Facebook page in return for a small incentive.

To submit an application to set up a pokestop at your store click here. The criteria for having your request granted is not clear, but it makes sense that the more support you garner, the more likely you are to get the green light, so encourage your social media followers to submit applications too.