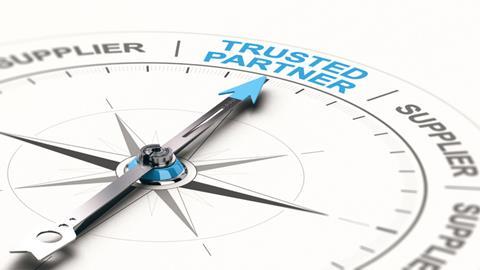 Fascia & franchise: Are you getting the right support?

C-Store speaks to five retailers about the support their franchise and symbol groups provide them and how they have worked through the challenges of 2020. 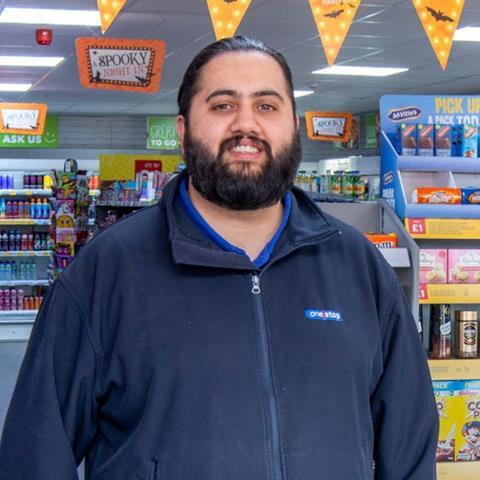 Aman has been impressed with the way his franchise group has dealt with the pandemic. “One Stop have been fantastic stockwise,” he says. “Obviously, every group has suffered stock shortages, but we’ve been kept up to date and they’ve been very transparent in the way that they’ve operated. There have been periods where they’ve allocated us extra alcohol when there’s a big need for it in multipack format which has been welcomed.”

He claims that One Stop was quick off the mark when it came to making his store a safe environment back in March. “We were very early - within the first few weeks of lockdown we’d implemented social distancing and queuing systems. In terms of safety, they’ve been second to none with their support in terms of screens for counters, floor stickers, sanitisation. It’s all been provided at no extra cost. We were also provided t-shirts for staff with social distancing messaging on. We’ve not had to pay a penny, which has been a real help in this situation. We were one step ahead and now it comes as second nature. We’ve all just carried on and everyone feels safe.”

Now approaching the end of his five year contract, Aman has no doubts as to whether he’ll renew. “I’ve been with One Stop for five years now. We’re just coming to the end of the contract and we’re in the process of renewing. We’ve had a very good relationship since the first year, they’ve been very supportive in many aspects. The brand is going from strength to strength, customers realise how good our offering is and we’ve had a lot of comments from customers saying ‘these are supermarket style offers’. We’ve managed to retain a lot of new customers [since the first lockdown]. If anything, the thing lockdown enforced in our minds is it gives you a chance to look at your business again and we’ve realised we’re in a good place. Nothing’s perfect, but there’s a lot of stuff that is right there.” 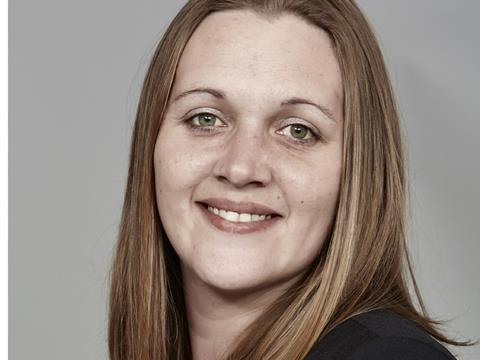 Susan speaks very highly of her symbol group. “I think Spar has been one of the best [at managing the pandemic],” she says. ”I’m with Appleby Westward and they were surprisingly good! They’ve given us daily updates of what stock they have and haven’t got. They inundated us with social distancing signage during the first lockdown. We had floor stickers, signs, absolutely everything. I’m on the guild, but we all pay guild fees and we all pay into a marketing budget so I think we’ve paid for it somewhere along the way, but it saved us the hassle of doing it and it helped us out a lot.

She also benefitted from Spar taking a personal approach. “When my business development manager, Ben, had the opportunity, he did come out to see if we were ok and what was going on. We’ve kept in contact via Whatsapp and then we’ve got all the mobile numbers for the people we can contact if needed so that communication line has stayed open for if we’ve got any problems.”

Outside of covid, she claims that Appleby’s service is hard to fault. “Their availability and delivery rate is over 98% so I can never ever complain about it. They’re just a bit slow off the mark with certain products, sometimes we get it six months down the line! But they have got better - we already have Walkers sausage roll crisps!”

She is feeling confident going forward. “They’re even getting NPD through now which I didn’t think we would be. There are some promotions which have been cut - Dolmio sauce was cut recently, but they’ve let us know, so we’ll just not run it, it’s fine.”

Susan explains that Spar has a network of suppliers in place to ensure good availability. “They’ve teamed up with other suppliers so that if we can’t get it from Spar we can get it from other places, so I’m fairly hopeful. They’re being really good.” 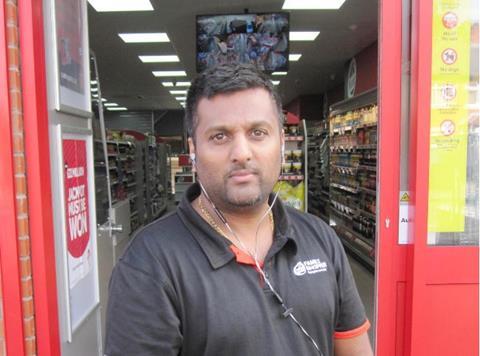 When panic buying first kicked off back in March, Mos initially felt frustrated that he was not being looked after by Booker in the same way that other retailers were being catered for by their wholesale groups. He claims that other depots would reserve stock for their symbol members. “Parfetts were getting exclusive rights and Best-in customers were getting rights, but Booker wasn’t giving us any privileges and we couldn’t get hold of promotional stock. I had to use my own initiative to get stock,” he says. However, having aired his views, he was pleased when Booker took on board his request. “A lot of big spenders said: ‘What’s going on here?’, so Booker listened and made a Premier room [at my local depot].”

Despite not always seeing eye to eye, Mos feels that the group is open-minded and works with him to resolve any problems. “I work closely with Booker,” he says. “You have to have examples and back up your complaints with facts.”

Mos was very pleased with the group’s provision of hygiene equipment and social distancing signage. “We had hand gels, wipes, posters - they reacted really fast. They sent in envelopes with social distancing posters and floor markings and signage promoting contactless payments. They put it on their radio station too. They went beyond other groups and I take my hat off to them for that.”

He also praised the group for keeping retailers in the loop with such a fast-moving situation. “In the first lockdown, they had conference calls every day. They communicated with us what was happening in the law and they gave us advice,” he says. “They had a best practice link on Facebook and you could self-print any extra material you needed. My friends [in other symbol groups] were doing the floor markings themselves.”

He was unphased at the prospect of a second lockdown. “I didn’t panic about a second lockdown because Booker gave us feedback that they’ll service stock,” he says. “They have limited stock and put caps on everything.”

Sagar concedes that there were inevitably availability issues during the first lockdown, but he feels that Costcutter dealt with the issue as well as any other group. “Everyone was in the same boat the first time round where they couldn’t secure a lot of stock, it was the same for every symbol group out there, so I think Costcutter did as much as they could.”

He was pleased with the support the group provided him. “Communication has been good,” he says. “They supported us with posters and floor stickers for keeping your distance and they put us in contact with companies, like shopfitters that can fit screens to your till and hand sanitizer stations, so that’s been a good help.”

Prior to the pandemic, he claims that there has been the odd problem when it comes to deliveries, but that these are few and far between. “It can take a long time for them to sort out certain issues, for instance, an Easter delivery didn’t turn up and it took a couple of months to sort out what went wrong and get compensation for it. But if you weigh everything up, we haven’t had many issues overall. We’ve been with Costcutter for the past 10 years and the store is well established in the area.”

He feels that the Co-op lines are the jewel in Costcutter’s crown and enable his store to stand out from the crowd. “The introduction of the Co-op lines has been good, they are selling well. They’re good quality lines and we’ve had good feedback from customers. That’s quite a major factor in terms of what they have to offer. In terms of pricing it’s good, there’s a lot of flexibility for us to play with the pricing, they give us a decent margin and we’re able to pass on some of that to our customers. It’s pretty good having that point of difference compared to other retailers in the area.”

Sagar is feeling positive as we head towards Christmas. “This lockdown has definitely been better than the first one because they’ve had better availability,” he says. “They’ve managed to secure quite a bit of stock, so we’ve not had any issues with that, so we’re definitely pleased.” 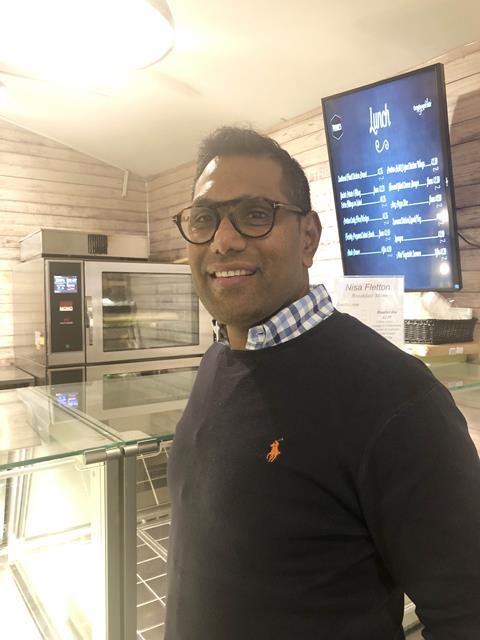 Having just opened his eighth store, Nisa has been making full use of Nisa’s expertise in order to promote his offer. “Nisa is very helpful,” he says. “The Nisa marketing team helps me.”

The pandemic threw up a number of challenges in terms of deliveries and availability, but Siva remained satisfied that the group was doing its best. “The first lockdown was a bit hard, because they had a high volume and they couldn’t deliver at the right time and there were some availability issues, but nothing to complain about,” he says.

Nisa made an effort to meet with Siva face to face to get a better understanding of his business and what support it required. “The Nisa CEO came to see me twice during the pandemic, he wanted to know what I was doing and if I needed any help.”

Siva is convinced that with his symbol’s support, he can face future challenges. “It’s a big organisation, they can’t be 100% perfect. It’s a business and you can’t please everyone. I don’t have any problem with Nisa, we work with them very closely. If I have any problems, I pick the phone up and they sort it out.”