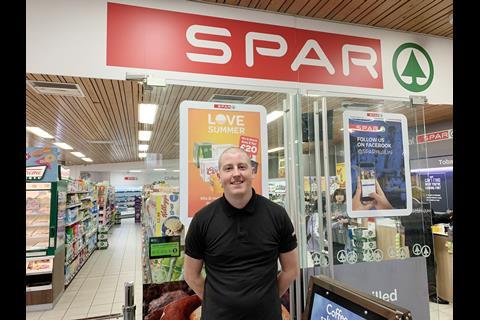 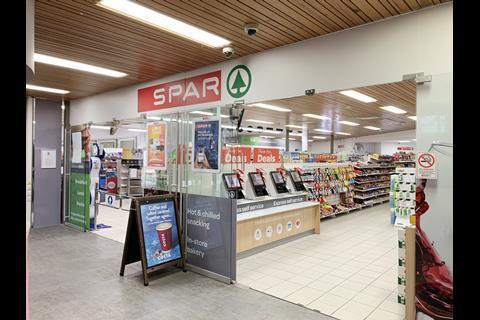 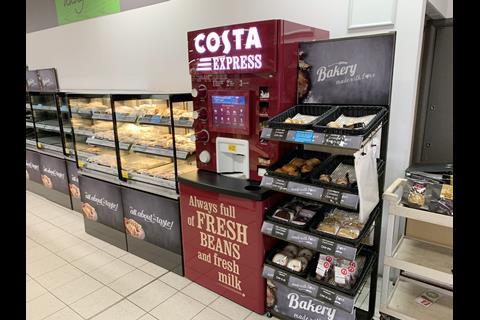 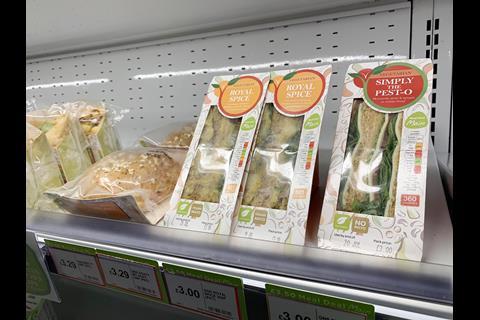 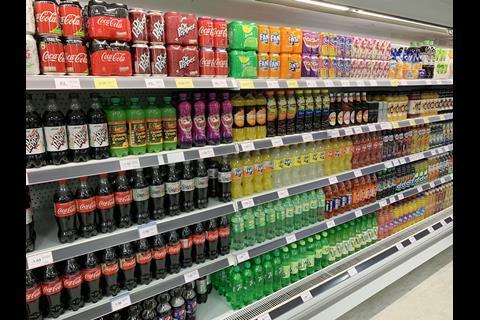 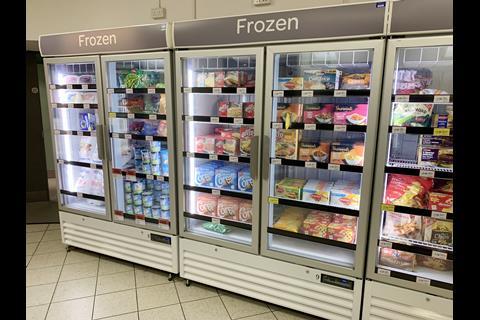 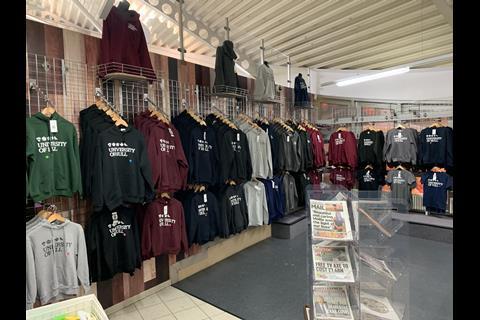 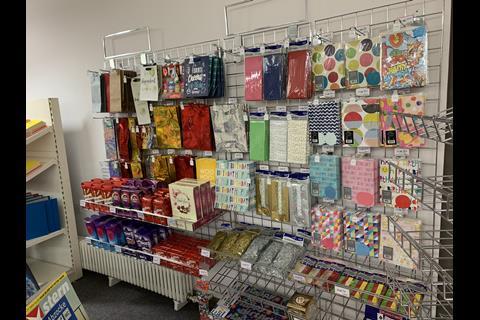 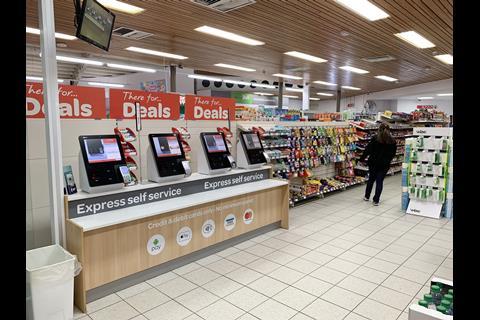 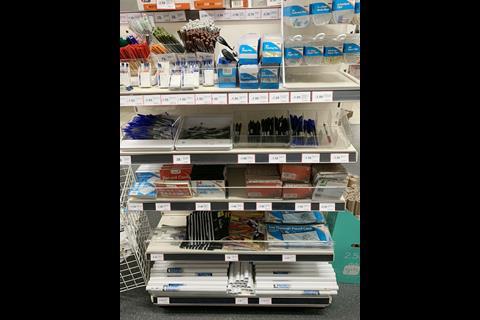 Things can get pretty frantic at Spar Hull University, when hordes of hungry students pour into the 3,498sq ft store in search of sustenance between lectures. “In term time it is manic and very, very busy,” says Dave Hunt, assistant retail manager. “For a large store like we are, the footfall is crazy. Any point during term time we can have queues from the till area, right around the back of the store to the other side.”

To keep things moving the store focuses on food students can pick up quickly, such as its lunchtime meal deals.

“We are very much a grab-and-go store. Students will come in mid-lecture or half-way through the day and grab a meal deal or one of the lunch offers we provide,” Dave explains.

“We offer the Spar-branded meal deal for £3.50, which includes a sandwich or pasta pot, a snack of crisps or cake or fruit pots, and then any of the drinks. In terms of meal deals, grab-and-go drinks, sandwiches and so on are key and we are pretty much on par with our competitors, I believe.”

Dave says the meal deal isn’t just a top seller among food to go, with evening meal deals also a hit despite their higher price point.

“We offer the Spar frozen meal deal during term time. You can get fish fingers, burgers, potato waffles, sweetcorn and a pack of Cornettos for a fiver,” he says. “Every three weeks or so, that’ll change and we pick a new meal deal offering.

“We were a little sceptical at the start, but it sells really well for us. We didn’t know whether students, who are notoriously price conscious, would want to come in and spend £5 on just frozen food, but they do and it is really popular as a section.”

Looking to capitalise on students’ love for a deal, Dave is now keen to bring in a breakfast meal deal.

“What we don’t have at the minute is a breakfast meal deal. This is something we are exploring,” he explains.“What we’d be looking to do is potentially offer a hot drink from the Costa Coffee machine and a pastry as a deal.

“We are trying to entice people in a little bit more for breakfast. I think we cater so much for the lunchtime rush, we may be losing out on the breakfast occasion. So it is just a little incentive that we’re going to explore and look to bring more trade in during the morning periods.”

Another way the store keeps queues moving is through its self-service tills, which Dave says have been a great success since they were introduced in January 2017. “In term time, we’d often have a big queue around the store and the self-scan tills have meant we can really get the queuing time down.”

Dave describes the tills as “exceptional”. “We have four self-scan tills, but they take only debit and credit card payments and don’t accept any type of cash,” he explains.

“We have worked out that, at its maximum, it is around a couple of minutes’ queuing time at our busiest. I don’t know if it is because they don’t take cash and therefore it’s a simpler system, but these are really quick and responsive, easy to use and an easy layout.

“We haven’t had a single complaint about them, and having been in and worked in other stores, I know how rare that is.”

Dave joined the team at the store just 18 months ago from Morrisons, where he worked for about seven years, and he is his relishing the freedom that the job at Spar Hull University offers him in terms of making improvements.

“Here, you can implement your own flair and initiative. For example, I chose to split up the larger aisles in the middle of the store last summer in an attempt to improve the flow around the store.

“We are constantly moving things around and changing bits to try to improve. We used to have a big, blocked aisle and it was cluttered so we decided to take that out and open up the floorplan and make it easier for shoppers, easier for us to merchandise. Because we are an independent retailer, we have the freedom to try different things.”

The peaks and troughs created from operating on a campus also mean Dave can take stock of how business is going in the quieter times when students aren’t around.

“At this stage of the year, it is the perfect time for us to implement what we want – new ideas, concepts, new merchandising techniques, experiment with stock, any building work. It is almost a good thing that we have this quieter time,” he says.

One of those new ideas has been to add a party section, following customer demand. “Before, they’d have had a small stand with a few party bags, but now we’ve bought in what customers want. They are after gift bags, so we offer a range of those and they sell really well,” he says.

“Gift wraps, paper tissue, fillers, sweets to go in presents, banners, balloons are all things we didn’t have before. And we have new lines to come.

“We explored our data and realised students are beginning to have an interest in it and thought ‘let’s go for it’.”

The newly-revamped in-store clothing display has seen also sales increase. “Currently, the university don’t supply any branded clothing. We are the only place you can buy Hull University clothing and merchandise such as jumpers and hoodies,” he says.

“It sells unbelievably well. We’ve just had the first intake of international students arrive and they go wild for it. They come straight in and buy two or three at a time. We recently moved it from a different part of the store and keeping it all in one corner and looking nice makes it all the more appealing.

“We’ve also just had graduations over the past couple of weeks, so people come in with their parents and buy the clothing to remember their time here.”

Like clothing, stationery is another important area. “It for us is just as important as any other category in the store,” says Dave. “It is really big for us. You can get pallets full of paper and they fly off shelves the same day.”

It’s not only students that Dave aims to please, though. “While the majority of our customer base is students, we get professionals on campus, lecturers and so on in the store every day,” he says. “We have a vast range of customers. People who work in the buildings, the thousands who work for the university, come to us because we are the only store on campus. We have to cater for everyone. We can’t just sell beer and sweets and old-fashioned student favourites.”

Dave is wise to have his eye on the bigger picture as the number of students living on campus is set to grow as nearby student accommodation is being extended. This means the store could see an even bigger influx of customers as of next year.

“Courtyard, where at the moment 550 students live during term time, is having some building work done, which means that we will be having a lot more students staying on campus as of next year,” he says. “To have more people on campus, living here, should bring more trade to the store,” says Dave.

There’s further good news, too. “Over weekends our sales tail off slightly compared to the weekdays, but this year they are opening a new bar area in the main building of the university where we are based, which will generate more income for the store over weekends.”

With more students to cater for, it could be that Dave will be needing a few more of those self-scan tills to keep on top of the queues.

Staff numbers: 15, not including the management team

Opening hours: Monday-Friday 8am to 8pm; Saturday 9am to 8pm; Sunday 10am to 5pm