KP Snacks is investing an additional £1m in the promotion of Hula Hoops Flavarings over the next few months in time for the back to school season. 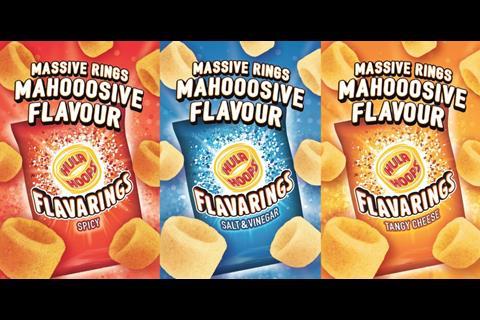 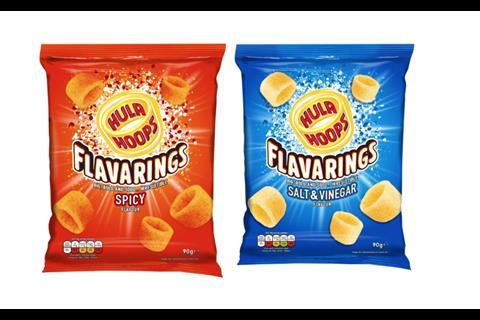 Following on from the brand’s ‘Bigger, Bolder, More Irresistible’ TV ad campaign earlier this year, the latest activity carries the strapline ‘Massive Rings, Mahooosive Flavour’ to highlight the flavour of the Flavourings range.

Out of home ads will run on bus stops, print billboards and digital billboards from now until 3 November with digital TV advertising rolling out on ITV Hub, All 4 and Sky Media catch-up platforms from 9 September to 20 October.

The campaign aims to drive awareness and purchase of Hula Hoops Flavarings, which are available to c-stores in Tangy Cheese; Salt & Vinegar and Spicy variants in 8 x 90g cases (rrp £1.50 per sharing pack).

Kevin McNair, marketing director for KP Snacks, said: “After the success of the Flavarings campaign in driving sales for retailers earlier this year, we want to launch a second wave of activity which will continue this momentum, and make Hula Hoops Flavarings a compelling choice for snackers across the UK.”

“Hula Hoops are eaten by 1.9 million consumers every week (Nielsen Scantrack, 13/07/19), making them one of the most popular snacks on the market. This campaign will heighten the awareness of Hula Hoop Flavarings and drive category growth within the sharing sector.”