Cadbury is aiming to get shoppers excited for the 2019/20 Premier League season with the return of its on-pack Match & Win promotion. 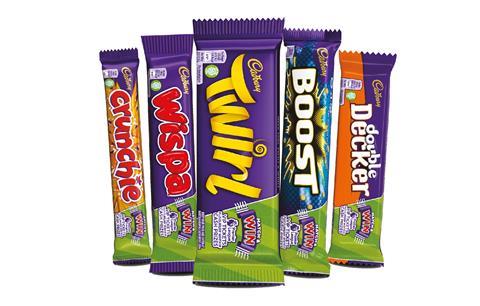 Staring former footballer Thierry Henry, the 2019 campaign builds on last year’s on-pack activation which was the biggest ever for the brand.

For the third year in a row, the Match & Win campaign will run across 170 million packs of Cadbury singles, multipacks, medium and large bags, medium blocks and biscuits.

As part of the activation, shoppers will be encouraged to buy any pack featuring the Match & Win flash and enter a promotional code on matchandwin.cadburyfc.com.

This year for the first time, the promotion includes an instant win mechanic which will see up to 200,000 cash prizes worth a combined total of £1m given away through the Match & Win website.

Live from the start of the Premier League 2019/20 season until 25 October, some of Cadbury’s best-selling brands are being promoted as part of the activation, including: Twirl, Wispa, Crunchie, Boost and Double Decker, as well as new launches and well-known sharing options such as Cadbury Fingers, Cadbury Dairy Milk Giant Buttons, Bournville Buttons and Cadbury Dairy Milk Big Taste Oreo Crunch.

The third Cadbury Match & Win promotion will be backed by a marketing spend of more than £1.5m which includes POS materials, out-of-home advertising and digital / social media support.

Amelia Duverger, brand manager at Cadbury, commented: “The partnership with the Premier League is the latest in a series of iconic and engaging partnerships for the Cadbury brand. Last season’s Match & Win campaign delivered incredible success, with the campaign reaching two in three British people at least once. This means that awareness of the Match & Win campaign was high - and we expect our third season to be even bigger.

“Retailers should stock up in advance and maximise visibility in store to create real excitement around the start of the Premier League season and the third year of the Match & Win campaign.”