One Stop Leamington Spa owner Sunder Sandher is saving money, growing sales, helping the planet and winning praise from customers thanks to his new green chillers and freezers.

“My existing chillers were 15 years old and rattling away,” says the Warwickshire-based retailer. “The electricity costs were going through the roof!” 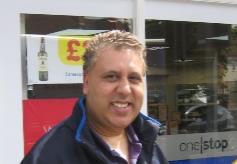 He got in touch with Simon Robinson, md at refrigeration supplier Pastorfrigor GB, to discuss an upgrade and decided to invest £20,000 in three Genova OV units, which use natural refrigerant. “They have an A energy rating - it’s the most energy efficient refrigeration on the market,” says Sunder. “The older units have pipes to the condenser units, but the new ones are integral (they have a motor inside), so they’re quiet.” Pastorfrigor describes the 54 DbA noise level as “whisper quiet” and claims that it is the first commercial display cabinet to achieve an energy rating A.

Sunder claims that they were simple to install and set up. “We ripped out the pipes, and plugged in the new systems,” he says. “By 4pm [on the day they were delivered] the stock was in the chillers and up and running.”

The units release heat into the store, which will keep it cosy during the colder months. “During the summer, it gets slightly warm so you need aircon on, but how often does it get hot in this country?” he says. “And in the winter the shop is nice and warm with heat from the chiller grills.”

He claims that the lighting in the chillers showcases the produce, which has in turn boosted sales. “The chillers have LED lighting, which covers the whole area and highlights the products,” he says. “Growth is where chilled is. If you have a sleek, fresh unit and fresh products people tend to buy more. The units look so smart and my sales are increasing.”

He has also installed eco-friendly Genova freezers, at a cost of £13,000 for three units. 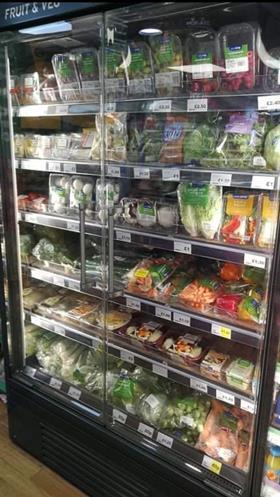 Having installed the chillers back in March, followed by the freezers a few months later, Sunder is now reaping the rewards with a massive reduction in his energy costs. “We’re saving £500 a month now,” he says. “Obviously, electricity costs have gone crazy in the last few months, but I’m still on a two year contract, so I’m going to take advantage of that.”

He decided to share news of his energy saving with customers and was thrilled with their response. “I didn’t go to the ACS [Association of Convenience Stores] Heart of the Community event, but someone at the event stood up and said ‘retailers do a fantastic job, but we’re not shouting to the consumer’,” says Sunder. “I thought ‘I need to tell my customers as well’,” he says.

So he made stickers for the chillers to explain their eco-benefits. “Customers love them and they love that it’s caring for the planet,” he says.

The chiller doors’ automatic closing function is a real bonus, adds Sunder. “I like the doors on the chillers because with my other doors they would get left half open, whereas these have special hinges, so they’ll self close if they’re left open.” Not only does this save more energy, it also means that open doors are no longer obstructing the aisles. “So many times the [old] doors have been left open and then there’s a staff member with a cage of goods and it has hit the door and then the door comes off the hinge and needs to be fixed.”

He concedes that the new chiller and freezer units didn’t come cheap, but that it makes sense to invest in more sustainable equipment. “It’s a big investment, but I was going to replace the old units anyway,” he says. “The new refrigeration is helping this store reduce its carbon footprint and contributing to making net zero happen.”

He advises other retailers to follow suit. “Before, we were all shouting about margins,” he says. “Now we need to think about the planet and in the future we need to be on the ball with this because it’s what customers want.”