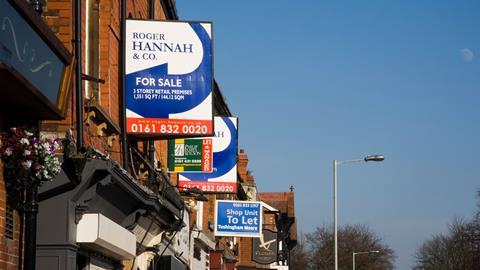 Is it the right time to buy or sell a site?

A pandemic might not seem like the right time to sell you business or grow your retail empire but demand for convenience sites has grown in the past three months.

According to retail property specialists Christie & Co, demand for convenience store sites has grown during lockdown. In its Buyer Registration Index, it reported an increase of 65% in retail registration figures between 27 April to 22 June, when compared to the early weeks of lockdown.

It stated that since 20 March, its retail team has agreed 46 deals and “remains very active”. This is almost as many as the same time last year, during normal market conditions and Christie & Co reports that it has also been achieving the asking price for stores despite these challenging times, due to this increase in demand.

Speaking to ConvenienceStore.co.uk, managing director of retail Steve Rodell explained that it’s a good time for both buyers and sellers in the sector. “Market sentiment is good. It flows from what has happened during Covid-19 period. When we were locked down people couldn’t go anywhere like the supermarkets but essential services like convenience stores remained open. Every consumer had to go to their local shop and consequently there was a significant rise in sales across convenience businesses.

“If you’re buyer, you want to take advantage of the increased awareness of what the convenience market is like. If you can find a site, it’s a great time to start into the business because you’re riding the crest of a wave. If you’re a seller it’s a good time because of the increased demand and you would get your expected price for the business. But it’s definitely a seller’s market right now.”

Rodell says that people looking for a sector to invest in might see the sales growth in convenience and think it’s worth joining.

“I suspect that some people don’t like the current uncertainty and are looking at what business to invest in and have seen how busy convenience stores are right now and they are thinking it’s a lucrative move.

“We saw a rise in hits on the retail section of the website go up from an average of 25,000 hits a month to 35,000 hits a month during lockdown. That’s also translated into viewings and deals leading to a record month in June.”

Although all of the deals conducted by Christie & Co during the past few months have involved existing convenience sites, Rodell believes that there could be a rise in conversions from other types of site. “My hunch going forward is that there will be more conversions as the pub market continues to suffer as well as the high street. There’s going to be a lot of empty shops and landlords will be looking for the next available retailer to take space.”

One trend that he’s seeing is the move away from London by investors. “It’s busy across the board but we’re seeing an interesting move of people from London into the north and Scotland where there is a perceived better value for money. Some of the sites in those areas are not expensive to buy and you can get more for your money in those situations.”

He does warn that there are some unique circumstances in the marketplace that do need to be watched out for if someone is entering it. “Factors like a business rates discount do help a little bit but anyone entering the market would have to be careful. When the government does eventually reinstate them, they’ll have a large expense so buyers will need to factor that in. You’ve got to do your due diligence so you know what a normal profit and loss account looks like.”

Rodell says that while convenience stores have seen huge growth, forecourt sites have had mixed fortunes in terms of sales recently due to a reduction in people driving. “The petrol station industry is slightly different [to general convenience]. If the site has a convenience store then they would have seen the sales benefits but fuel volumes dropped about 70% on average across the UK during the height of the lockdown but since then it’s back to 80% normal. Whether it goes back to 100% is debatable and depends on consumer behaviour. But the operators we’ve spoken to have balanced their books because what they’ve lost on fuel sales they’ve made up on retail growth so you’re relying on people returning to driving which is not guaranteed.”

Are you considering buying a new site or selling one? Let us know at aidan.fortune@wrbm.com.