What does winning Convenience Retailer of the Year mean for your business? 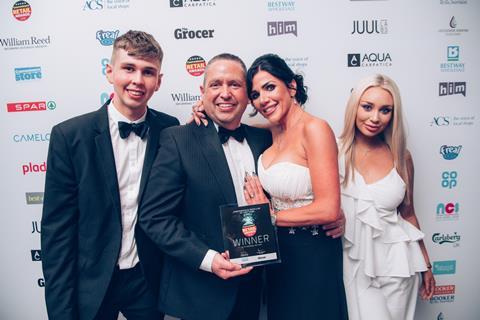 Ahead of The Convenience Awards ceremony, which takes place on 29 September online, we caught up with Convenience Retailer of the Year 2019 Justin Whittaker of MJ’s Premier in Greater Manchester to discuss what winning the top accolade in the industry did for his business.

Justin and his team beat off tough competition and impressed the judges with high standards and investment in innovation, including a dessert bar offering, dedicated food to go zone, chilled beer room and local delivery service.

With a new Convenience Retailer of the Year set to be crowned, Justin says winning the award meant a huge deal to his business.

“It’s a great honour to win and it confirms the confidence you have in your business. To win when there are so many great retailers is fantastic and a great opportunity to grow and improve your business.”

Justin says winning the award prompted him and the entire team to try harder. “We wanted to make sure that we lived up to the expectation of being Convenience Retailer of the Year and we made sure that store standards didn’t slip just because we won the award. It made us up our game and work even harder.”

He says that being named Convenience Retailer of the Year changed the conversation with suppliers as well. “They sit up and take notice of you a little bit more when they find out you’ve won. We put it on our store stationery and email signatures so everyone we correspond with knows we’ve won without us having to drop it into conversation every time.”

As well as attracting attention from the local press, Justin promoted the win on social media by running a customer competition to win a bottle of champagne and displaying it in-store. He said the award just confirmed what many of his customers already felt. “When we won and had customers congratulate us, many of them said they thought we were already the best store in the UK. It builds trust with customers, as they now know that the store is as good as they think it is.”

Finally, as we announce a new Convenience Retailer of the Year, Justin has this advice for the winner. “Just because you’ve won, don’t rest on your laurels. Use this award to take your business to the next level and build upon what you’re doing.

Organised by ConvenienceStore.co.uk, The Grocer and Lumina Intelligence, The Convenience Awards take place on 29 September, log on here to register to watch online.