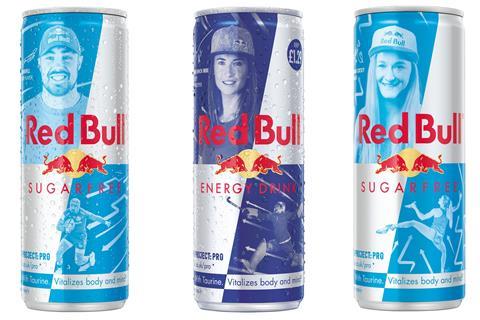 As part of the project, six of the UK’s top athletes will offer consumers an insight into how they train and live their day-to-day lives.

The activity will also see six limited edition cans launch into stores this summer. Available in singles and multi-packs of four, the cans will come in regular energy and sugar-free variants, with bespoke on-pack wraps, and in plain and price-marked packaging.

The Red Bull Project Pro products will be supported by a multi-media marketing campaign, including: a Ben Stokes TV ad airing during the Cricket World Cup, social media content, sports sampling, as well as in-store activation and promotional placements.

To participate in the campaign, consumers will be directed to redbull.co.uk/pro where they will be able to join a four-week sporting programme using the Red Bull Project Pro Facebook Messenger app.

Mark Bell, strategy & planning manager at Red Bull, commented: “We are incredibly excited about Red Bull Project Pro. First and foremost, this campaign aims to inspire and motivate people who want to learn directly from professional athletes. It also aims to reinforce Red Bull’s relevance in sports and fitness whilst boosting consumers’ trust in the brand by showing professional athletes using it as a key part of their training routine.

“Supported on all energy drink and sugarfree 250ml single cans and 4-packs in store during summer 2019, Project Pro is Red Bull’s biggest activation on can to date; the campaign aims to drive positive attitudes towards an active lifestyle and inspires consumers to be the best version of themselves. Red Bull Project Pro is the latest element of the brand, seeking to drive awareness and sales through choice, an active lifestyle and expert advice from Red Bull athletes. ”

The limited edition cans are expected to launch into the convenience channel later this month and will be available until 31 August.