In-store services: So much more than just a store

Offering a strong range of services not only drives footfall, but can actually impact on how customers view your store’s role in the community. 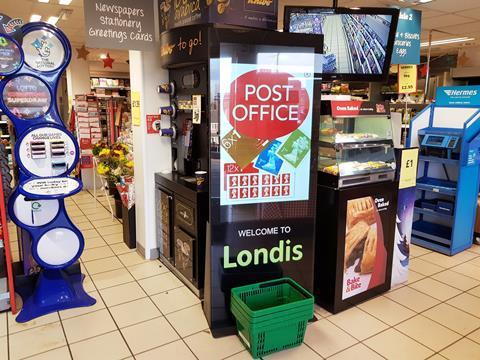 When was the last time you popped into your local bank? If the current drive online continues, chances are that it might have transformed into a coffee shop, nail salon or Wetherspoon’s by the time you get there.

According to research from Which?, 3,000 bank branches have closed since 2015 – a rate of about 60 a week. This is terrible news for customers who prefer bricks and mortar to mobile apps. Yet, as bank counters vanish, staff at c-stores are increasingly stepping in to take up the slack.

“More stores are offering services because of changes in the retail environment,” explains Chris Noice, head of communications and research at the Association of Convenience Stores (ACS).

“I always use the example of bank branches closing. That means people are driven elsewhere to get cash or pay bills. And today c-stores have the flexibility to offer those services.

“It’s an opportunity to make stores more of a destination. It’s not just about incremental sales. It can change how the store is viewed. We’ve a lot of research that shows services have a positive impact on people’s lives in the local area.”

All of these help to establish the convenience store as a must-have fixture in the local community.

Establishing an impressive and practical community-focused offer doesn’t have to be ultra-complicated. It can be as simple as providing customers with a safe space to get cash on the premises, rather than out on the street. According to ACS figures, 46% of convenience stores have a free-to-use ATM. And it works for retailers like Jai Singh from MJ’s Go Local in Sheffield.

“Our older customers especially appreciate the fact that our ATM is inside,” Jai says. “They know we’ve got CCTV and that they can come in and get their cash safely.”

Best of all, Jai maintains that having an ATM generates about £2,000 a week in additional sales, while helping support other local businesses. “We’re the only place in our parade where people can get cash, so customers are quite grateful for it,” he says.

“There’s a hairdressers and an Indian takeaway and they don’t take card payments so that means people come to us to get their money. And while they’re here they might get a sandwich to have while they’re getting their hair done, or a drink to have with their food.”

That all sounds great in principle but, as most retailers will agree, offering services isn’t often plain sailing. For example, Jai’s customers always valued the fact that the ATM was free. But when his supplier, DC Payments, was taken over he received a letter saying that they’d now be charging customers to use it.

“Some 85% of our customers think that we get the charge, and they weren’t happy,” he says. “In fact, we got some abuse from angry customers at the counter, thinking we were being greedy.”

Jai was left feeling resentful about the way the changes were communicated so he stuck the letter he received to the ATM and explained that customers could get free cash through cash-back at the counter.

“Basically, we just weren’t promoting it to customers,” he says.

It took a visit from the rep, and an amended contract, to make it free again.

“Retailers need to be very careful about services,” cautions Noice. “It’s not one size fits all. There’s often investment in terms of time and money. It’s about asking: is the service really needed in the local community?”

Richard Inglis, who has several Co-op stores in Southampton, says that sometimes the answer can be surprising.

“We used to have PayPoint,” he says. “It used to be fairly simple, but as time has gone on it turned into a much more complicated system. The risks associated with it were quite high, since it was staff at the counter who had to input all the numbers. There wasn’t a whole lot of support. There used to be queues whenever something went wrong. We just realised that it was taking up staff time and creating problems.”

So he ran the figures and decided that offering the service wasn’t worth the headache. Plus, he believes that services are evolving anyway. “I think there’s room for services in the c-store marketplace,” he says, “but it needs to be less about relying on someone behind the till and taking up their time. We’re speaking to Payzone at the moment about services. We’d like to use them, but it’s got to integrate into our self-service system to work for us.

“We’d also like to get into Amazon collection, but it’s a bit ‘spin-the-bottle’ with them at the moment. Amazon seems to pull contracts every 12-18 months or so, so you never know quite who you’re going to get.”

He believes that part of the underlying trend driving the evolution of services is the move towards a cashless society. Today 88% of stores offer contactless payment (ACS). And in more metropolitan stores it’s getting far rarer for people to pay with cash.

“That’s just the way things are going,” Richard says. “Any service based around cash or cash payments is going to change. We have ATMs, one outside a busy station, but they’re not really delivering for us. One thing that happens is that they can attract beggars who sit near them. That’s not great for the image of the store overall.”

While online delivery pick-up points nod to the future, it’s important to remember the more traditional services that customers still rely on.

“If you look back at the old days of newsagents, services such as bill payment have always been part of it,” says Raaj Chandarana from Tara’s Londis in High Wycombe. “People just like the option of paying their bills at the local shop.”

Raaj runs a whole suite of services at his store, including post office, Lotto, ATM, bill payments and parcel collection. If pushed, he says that bill payment and the post office are “unfortunately” the most popular. “I say unfortunately because commission no longer covers people’s wages,” he points out. “On the other hand, local people appreciate the service so it’s about getting the mix right and maximising profit in other areas of the store.”

He adds that having Lotto is essential. That’s not surprising since 83% of stores feature it as a core part of their offer (ACS).

“It’s part of the British way of life,” he says, “and if it’s part of everyday life in this country then we want to be part of that. Although sometimes it means that to make it work well you have to upsell, and maybe mention your deals at the counter, to get a profit.”

As a hard-working retailer with a positive approach to life, Raaj certainly doesn’t want to come across as moaning (which he certainly isn’t). He says that sometimes the onus is on retailers to make services work. Yet he adds that suppliers need to make sure that, in the rush for customers, they’re no longer treating retailers as the least important part of the chain.

“I think that the balance is shifting,” he says.“Before, retailers were basically having to work for almost nothing. But it’s a collaboration and we need to be rewarded fairly. Basically, if you reward us properly then we’ll be happy to promote your service. That’s the way it’s got to work. 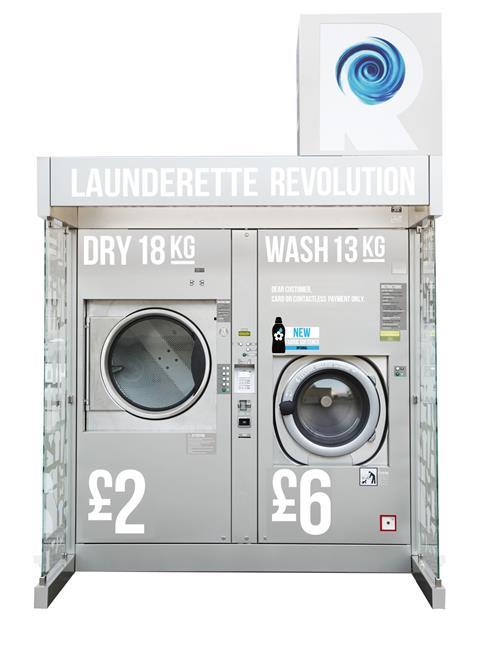 Photo-me is giving retailers the opportunity to clean up by providing outdoor launderettes with self-access washing machines.

The Revolution Compact (bottom right) and Compact S (top) are capable of handling large or heavy loads such as duvets, blankets and pillows, and a cycle takes as little as 30 minutes.

The firm claims that the machines are contributing to “a huge increase in footfall/revenue” for retail sites where they have been installed, which includes Morrisons and Co-op stores.

It adds that 60-80% of Photo-Me’s customers tend to visit the on-site store while they wait. “It increases footfall and revenue for the store, which means that even if they are renting the machine revenue is still growing thanks to the dwell time,” says Photo-Me managing director Elliot Andrews.

Meanwhile, as post offices close more consumers are seeking somewhere to take a passport photo (or even a place to make digital selfies permanent). This means offering a Photo-Me booth in-store can help you develop a keen services offer.

“Whether it be our photo booths for general ID/passport or our Speedlab printing kiosks, we’re sure to have a solution that can be both adapted and tailored to meet the retailer’s needs,” says Andrews.

Today’s photo booths are a lot smarter than their previous incarnations. Andrews says that the machines are now able to tailor messages direct to c-store consumers.

“With all of our equipment we’re able to tailor the marketing messages/video display screens to that of the stores themselves.