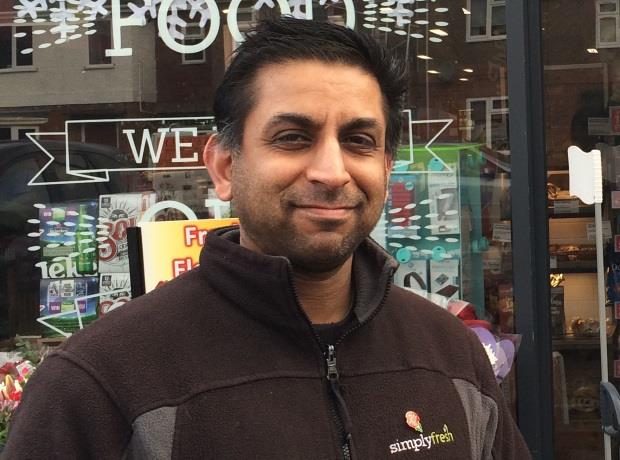 Covid19 Kenilworth, which was set up to help support elderly and vulnerable residents, had originally been using Waitrose to fill its grocery deliveries, but following a trial, it switched the service to Sid’s St John’s Budgens store last week.

Around 16 individual ‘same day delivery’ orders are placed with Sid’s store each day, having been made via the Covid19 Kenilworth call centre.

“We then pick the orders, pack them and have them ready for delivery just a few hours later,” Sid told C-Store. ”Orders are collected for delivery by the group’s Street Champions, it’s a real life-line for some people.”

Any medicines and prescription items needed by the customers are also collected from the local pharmacy and added to the delivery ensuring that people in need get as much help as possible.

Sid and the in-store team also prepare an average of 60 further home deliveries a day for residents of Kenilworth and its surrounding villages, with orders placed and payments made by the Snappy Shopper app.

“The online side of the business has just taken off,” Sid said.

In the last four weeks alone Sid’s store has racked up almost £40,000 worth of online sales with an average online basket spend of £45, more than six times larger than an in-store average basket.

“Demand for home delivery is still just as high as when virus-related panic buying was at its peak but we are now managing it much better as we have streamlined processes,” Sid said.

Sid now employs a full-time taxi driver to make the deliveries and has a dedicated team of four staff working on picking orders and arranging deliveries.

“At the start of the crisis we were using a team of local volunteers and my wife and I were also making lots of deliveries; on one evening we were out making deliveries until gone midnight. It was exhausting.”

Last week Sid and the team also launched a new collection service to help ease the pressure on the in-store team, and after just a few days, 10% of online orders have already transitioned to click and collect.

“Customers place the orders, we pack them and arrange a collection time and make a note of the customer’s registration number. Customers then call us when they are outside the store and a member of staff loads the groceries into the boot and they drive away.

“Home delivery as a whole is just having a monumental impact on our business and on the local community. We’ve been able to help people in the most amazing ways.

“One night we made a delivery to an elderly gentleman who lived deep in the countryside and hadn’t been able to get out to do a shop. When we arrived he told us that his daughter had placed the online order for him all the way from Australia, it was incredible that we he had been able to help in that way.”