Jonathan James focuses on the post-pandemic food to go opportunity 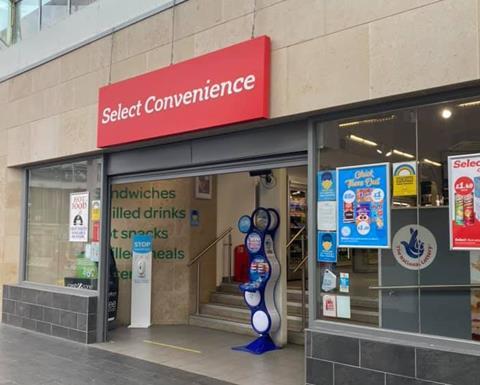 With many retailers recording huge sales growth over the past year, it can be easy to overlook some of the stores that struggled due to a drop in footfall. Stores located in bus and train stations saw their main customer base cut as fewer people travelled by public transport, leading to an inevitable drop in sales.

While this may not seem like the best time to be spending money on a store, Jonathan James took the opportunity to overhaul his Select Convenience store at Northampton Bus Station, giving it a more of a food to go focus.

As part of what Jonathan dubbed a ‘mini refit’ was the addition of several food to go machines including Tango Ice Blast machines and F’real to create a food to go zone in the store. “We really wanted to highlight food to go a lot more in the site and wanted to give it that wow factor. With the new machines, I think it’s really impactful and will attract shoppers to that area.”

While not the first retailer to praise food to go machines, Jonathan was blown away by their popularity. “I can only describe Tango Ice Blast as a phenomenon. I hear about people travelling for miles to try and once word gets out that you’ve got one, they’ll flock to you. Where we can put them, we will. I was worried it might be a fad at first but I’m not seeing that to be the case. It doesn’t seem to be seasonal but I’d assume that we’ll sell a lot more when the hot weather hits us. Any store that we can get these machines in, we will.”

When planning these changes, Jonathan and his team looked at what other retailers were doing with a view to rolling out across his estate. “We’ve had inspiration from other retailers on this and we’ll be rolling similar changes to other bus station stores over the next 12 months. We’re taking advantage of the desire for food to go to future-proof these stores. We’ve taken advantage of the bus stations being quieter to do these mini refits as it’s easier to do work on them.”

While food to go has had a tough time during the Covid-19 pandemic, Jonathan was adamant that this was the way to go for this store. “Food to go is always going to bounce back. I appreciate it took a hit as a category but undoubtably it’ll return - people have got to eat. As a category, there’ll always be some demand for it and I wanted our stores to be ready for that.” 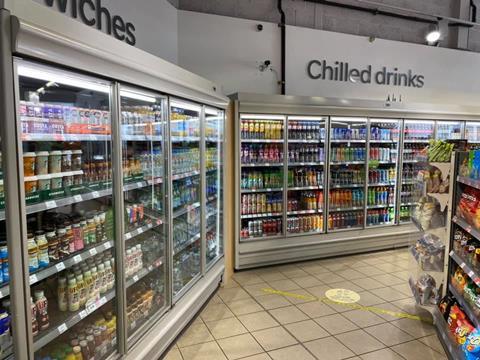 Other changes to the store include the widening of aisles so that customers can continue to safely social distance while shopping. “We’ve gone in with the mindset of making it spacious. Even with the vaccine, people are going to need space so we designed the aisles to be wider and utilised the space better to give it an open feel. The food to go zone is where the counter used to be, so we’ve brought the counter more into the store.”

To accommodate these wider aisles, Jonathan didn’t cut back on lines but rather the number of facings to make better use of the space while still maintaining the same range. “We’ve made it more efficient and made more use of the space we had.” 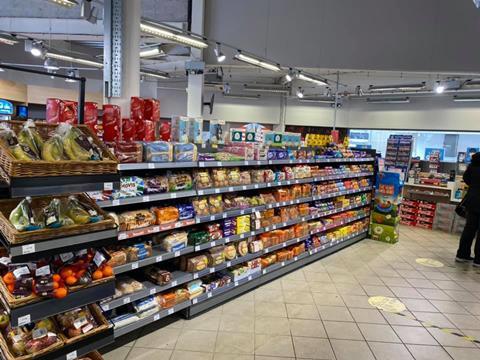 Last May, in the height of the first lockdown, Jonathan spoke to ConvenienceStore.co.uk about how some of his stores were doing well during the pandemic, while others were struggling and had to close temporarily.

He says that while it hasn’t returned to pre-Covid-19 levels, it has improved. “There’s no denying it, the bus station stores are a hell of a lot quieter than before, they’re starting to pick up. This time last year, we closed a lot of our bus station stores because of Covid-19. It’s started to come back, we’ve seen since the school kids came back, we’ve seen a significant uplift in traffic so hopefully when other shops open in April, we’ll see another step up in footfall.