Track and Trace: Cracking the code

New Track and Trace legislation designed to curb the illicit trade will mean dramatic change for retailers. Our guide details what you must do to ensure you can buy tobacco legally 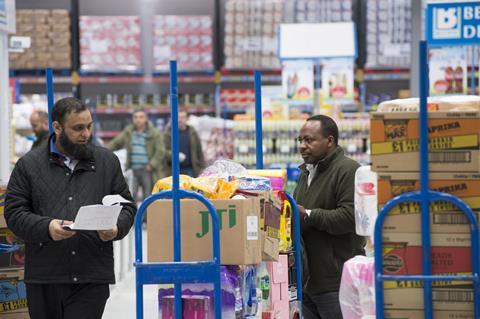 The UK’s problem with illicit tobacco certainly isn’t lost on the convenience store industry. Most store owners are well aware of its pernicious influence on local communities, and many have first-hand experience of the impact it has on footfall, sales and profitability.

One month from now, in a bid to curb the crime, new Track and Trace regulations will be implemented in the UK as part of the EU Revised Tobacco Products Directive.

Coming into force on 20 May, the legislation will allow the authorities to track individual tobacco products right across the supply chain, immediately identify illicit product, and stop businesses which have been repeatedly caught selling illicit tobacco from buying or selling any legal tobacco products.

In the next few weeks all UK retailers who sell tobacco will need to apply for two unique codes: an Economic Operator Identifier Code (EOIC) registered to their business; and a Facility Identifier Code (FIC) for each of their stores that sells, or stores, tobacco.

Wholesalers and large national retailers will be able to start applying for their codes from 23 April, with the application process opening up to the rest of the retailing industry from 30 April.

Just three weeks later, from 20 May 2019, packs of cigarettes and handrolling tobacco entering the UK supply chain will include new scannable security features, and all retailers will need to know their two codes in order to buy this tobacco legally.

As C-Store went to press, the HMRC website had yet to be updated with the details of exactly how to apply for the codes, meaning an incredibly tight timescale before the legislation is implemented. This has been strongly criticised by representatives from across the supply chain, and industry fears have been exacerbated by what has been felt by many to be an insubstantial drip-feeding of information from the authorities.

Association of Convenience Stores (ACS) chief executive James Lowman’s thoughts are representative of most: “We have been frustrated with the lack of information and frequent delays to the process. Three weeks is not a long time for thousands of small shops to comply with the regulations, especially if there are any problems with the system,” he says.

The lack of clarity has contributed to a real sense of confusion and in many cases panic, among the convenience sector, with retailer interviews by Convenience Store revealing a wide range of misconceptions about how, and when, the legislation will be implemented, and some store owners not even aware of it in the first place.

Inaccurate beliefs range from retailers thinking that they would have to apply for codes from every wholesaler that they buy tobacco through, to thinking that the rules would not apply to symbol group retailers, and that these retailers would not need to do anything at all, because their wholesalers would automatically apply for codes on their behalf. None of the above are true.

So, just to clear up some of the confusion, here are the facts on Track and Trace:

As the industry waits with baited breath for the application process for codes to finally go live, let’s just hope that the software, procedures and systems behind it are up to the mammoth task.

Correctly distributing such a vast number of unique and vital codes to the many businesses across the country in such a short space of time will certainly be no mean feat.

What action do you need to take?