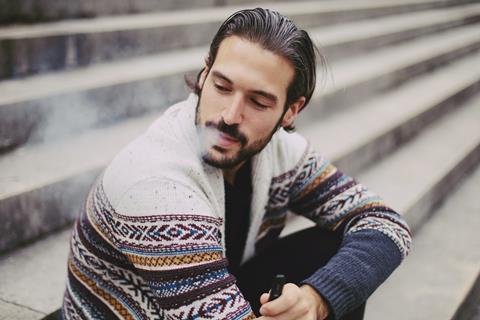 The number of people vaping in the UK has risen to the highest-level yet, research has found.

According to the Office for National Statistics’ (ONS) report, Smoking prevalence in the UK and the impact of data collection changes: 2020, 6.4% of the population were reported to use e-cigarettes – the highest number since stats on the number of UK vapers were first collected in 2014.

The report also found that the number of adult smokers in the UK currently stands at 13.8%, its lowest percentage since at least 2015. This is despite smoking rates rising during the pandemic and national lockdown to a peak of 16.3% in August.

Director general of the UK Vaping Industry Association John Dunne said: “This is a hugely welcome announcement as everyone on the side of harm reduction knows that vaping is far less harmful than smoking – by as much as 95% according to the former health protection watchdog Public Health England (now part of the UK Health Security Agency) – so more people vaping and less smoking can only be cause for celebration.”

Dunnes attributed the spike in smoking rates during the pandemic to vaping shops not being open. “While this rise in smoking prevalence during lockdown could be attributed to increased anxiety because of the pandemic, I would also point towards the fact that speciality vape shops were not granted ‘essential retail’ status and therefore had to close their doors as another significant contributing factor,”