Scottish convenience stores are seeing an increase in alcohol sales following the implementation in May 2018 of Minimum Unit Pricing (MUP), which has levelled the playing field between small and large retailers, according to the Retail Data Partnership. 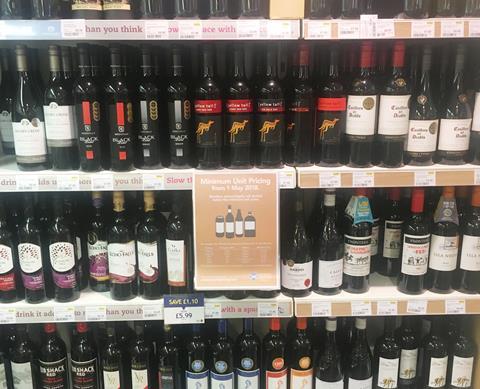 The value of alcohol sales in the 280 Scottish convenience stores surveyed increased by 9.9% in the 34 weeks after MUP came into effect.

Compared year-on-year, cider sales remain the only casualty, with a 1.21% decline, the Retail Data Partnership said.

“Before Parliament passed the MUP bill, smaller outlets could not compete with deals offered by the likes of Tesco, Asda, and Morrisons.

“The Scottish government then increased the base prices of wine, beer, and spirits to 50p per unit in a bid to counteract health problems affecting the country.”

The set prices eliminated the advantage previously held by larger stores. The new regulations found prices for cider increasing by 151%, whisky by 40% and beer by 72%.

“However, from our data, the price hike hasn’t deterred drinkers from buying their preferred tipple. They appear to have migrated towards their local shop, instead of travelling to the nearest supermarket in search of cheaper deals.

“Shoppers are getting the same deal offered by their local store when compared to supermarket chains, as prices across the board remain locked,” the spokesman added.

The findings follow new data published in the British Medical Journal last week which showed an overall fall in the amount of alcohol purchased by households since MUP was introduced.