A man has been jailed for three years over a knife-wielding robbery at a convenience store in Halifax. 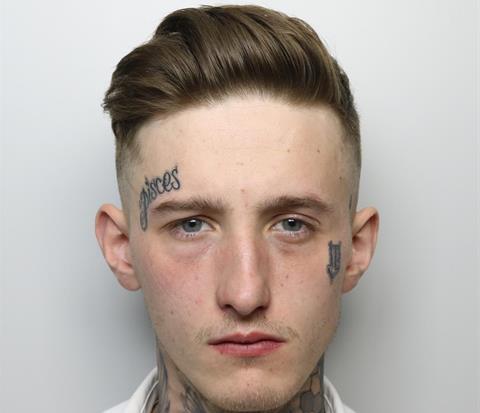 The incident happened at Pellon Lane convenience store on 10 February.

Tyler Griffiths, 22, was found guilty of robbery, along with other offences, and was sentenced to three years in jail.

According to West Yorkshire Police, during the robbery he entered the store armed with a knife and demanded the cashier, a female in her 20s, hand over money from the till.

He was traced by Calderdale CID after a CCTV appeal issued on the West Yorkshire Police social media accounts resulted in several members of the public calling in with information relating to his identity.

Calderdale CID detective sergeant Ross Wadsworth said: “We welcome the sentence imposed on Griffiths and although no one was injured in this incident, the use of a knife clearly caused concern in the community.

“We received a great response from the local community and further afield after publishing the appeal on our Facebook page so I would like to thank the public for their help in tracing Griffiths and ultimately helping us secure justice for the victim.”