A man has been jailed for six years and eight months after brandishing a fake firearm during two attempted armed robberies in Oxfordshire and Berkshire. 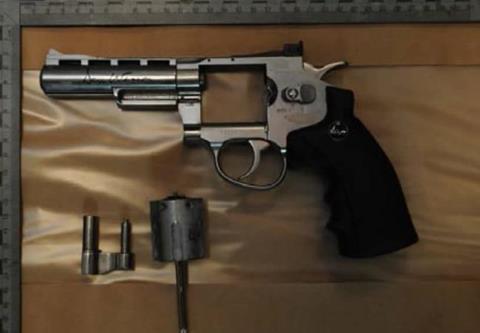 Luke Andrews, 28, entered the Budgens store threatening a store worker with a handgun, which police later established was fake. The offender fled with a quantity of cash.

During the second incident, Andrews attempted to rob Woodcote Way News, pointing the same imitation firearm at a store worker and demanding cash. The store worker wrestled the gun from Andrews, who fled on foot.

Andrews was found guilty and jailed for six years and eight months.

Detective constable, Jon Morley, said: “I am delighted that Luke Andrews has been jailed for six years and eight months for these extremely serious crimes. This was an extensive investigation involving work from across a number of departments in the force, including CID, forensics, and scenes of crime, as well as the Crown Prosecution Service.