A man who threatened staff with a knife at a Nisa store in Swansea has been jailed for 10 months. 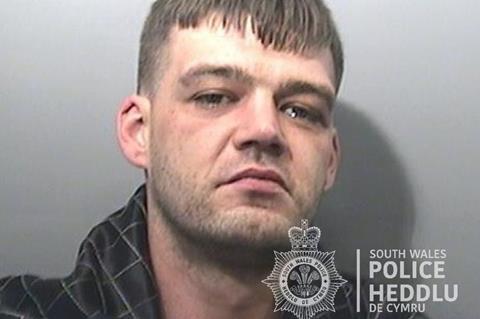 The incident occurred at CK’s Nisa Local store on Pentregethin Road in Cwmbwrla, Swansea, on 7 May.

Daniel Morris was refused service by store workers after acting suspiciously, before returning moments later waving a kitchen knife at staff through a window.

Morris, 30, pleaded guilty to having a bladed article in public at Swansea Crown Court and was jailed for 10 months.

Sentencing, Judge Peter Heywood said: “It seemed you were looking to steal something, and you told staff, ‘do you know who I am? I am Daniel Morris’. You were in an intoxicated state and causing problems. When police arrived, you were found to be in possession of a knife with a long blade.

“You were seen by members of the public to be brandishing it around. I am glad you can see how serious it could have been, and I understand you were dealing with a difficult situation and had lapsed back into drug use.”

Retailers have told C-Store that the emotional well-being of convenience store staff is being put at risk by the threat of crime and worsening levels of verbal abuse linked to age-related sales.