A gang of five men have been jailed for a total of almost 25 years following a knife-point robbery at a convenience store in north London. 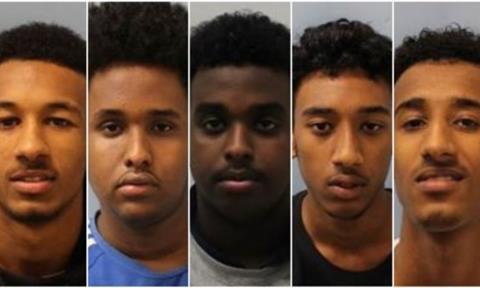 According to Metropolitan Police, the gang entered the store armed with knives and demanded money from the till. After threatening two store workers, the group fled with £600 worth of cigarettes and alcohol.

North West CID detective constable, James Robb, said: “Despite the robbery taking place in 2017, the outcome in court demonstrates we will relentlessly pursue suspects who commit violent offences and ensure that they are put before the courts.

“There is no place in society for this behaviour and those who commit such offences should expect to pay the consequences for their terrifying and destructive actions.”

The sentencing follows several recent incidents across the UK, including a machete-wielding robbery at an Essex McColl’s store and an attempted armed robbery at a convenience store in West Yorkshire.