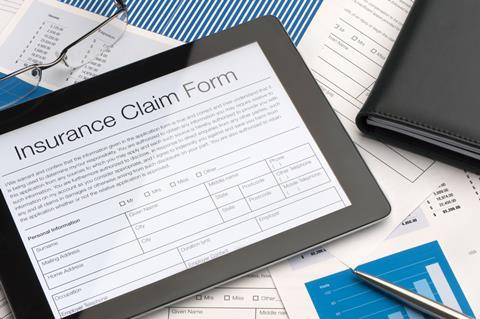 Rod Thomas is a customer of Sudesh Gupta’s Quick Stop store in Chalfont St Peter, Buckinghamshire. He rang me with a story on behalf of Sudesh whose English is not so good, especially when dealing with the intricacies of his Retail Mutual insurance policy.

Rod also took the trouble to summarise the problem on email. He wrote: “On 17th July 2019 Mr Gupta had a burglary at his shop, which eventually was settled in July 2021 in the sum of £2,495. Unfortunately, before this was settled he had a further burglary on 27th March 2020. I attach a copy of the claim submission which went to Retail Mutual via IAS Chartered Loss Adjusters, which sets out the circumstances and amount of the claim.

“Retail Mutual turned this claim down on the basis that the shop was closed for business at the time and the alarm was not set. Mr Gupta contends that whilst the shop doors were locked, he was in and out of the shop checking the freezer temperature. He has also said that due to the Covid lockdown he often sold some groceries to neighbours who had been working late (including an NHS doctor) from the side door, so the shop was not closed to business.”

That evening Sudesh had noticed that one of his ice cream cabinets was overheating so he moved the contents to another freezer and let the original one cool down. Then he cleaned it, changed the plug and turned it on again to freeze. This took a considerable time and he had to repeatedly return to check the temperature. Just after 3am he decided to go for a walk, leaving his two grown-up daughters in charge.

Shortly afterwards four men approached, jemmied the front door (all caught on CCTV) and doing a fair bit of damage. The girls, quite sensibly, took cover in the private premises.

In just two minutes, they cleared out tobacco, cash and postage stamps (again, all on camera).

They did put in an appeal against the declinature which Retail Mutual referred to an internal governance and compliance manager, who confirmed Retail Mutual’s decision. The compliance manager justified this by saying that, as the cigarettes were kept in baskets and trays under the counter in the shop, tobacco and cigarettes in the public area is excluded where the stock is not contained in a cupboard, gantry, Servertab or similar overhead concealed tobacco storage system.

The compliance manager also said that, while the Mutual is regulated by the FCA, the provision of discretionary cover is not an FCA regulated activity, meaning the Financial Ombudsman Service would not be able to intervene.

Nonetheless I recommended that Sudesh approaches them anyway. In the first instance because the first claim took so long to settle that it nullified the second one. And they should throw in the second claim for good measure. £3K means a lot more to Sudesh than it does to The Retail Mutual. I am also recommending that he consults with an insurance assessor.