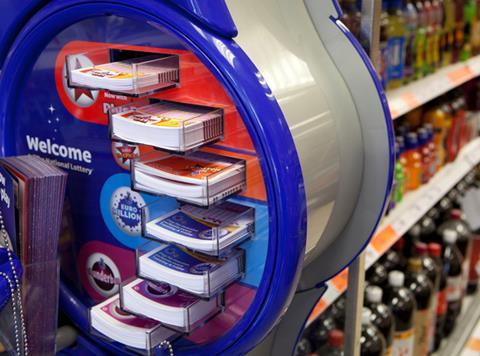 Ramanathas Tharmarajah got in touch when he found an earlier story about how I managed to get a lottery terminal for a retailer that Camelot had previously refused.

Ram wrote that he had recently taken over a shop, Premier Bainsford, in the Forth Valley just outside of Falkirk. He applied for an account with Camelot under his company name which, although previously trading for six years, it had stopped in July 2020. Ram was using it again to operate his new business. The store had a lottery terminal but Camelot told him that the credit checking company Experian came back with a straight decline.

He says: “I asked them whether I could do the transfer under my name and they have said that, since my company is more than one year old, I will not be able to open an account for the next six months.”

As this query came in the week leading up to Christmas I asked Camelot if there was any chance of a Christmas miracle (as it sounded more like a paperwork screw-up than anything else).

And lo and behold, to coin a phrase, it came to pass.

Or, as Camelot put it: “As with all National Lottery retailer applications, we look at a number of factors to ensure we select the right outlets to maximise returns to National Lottery good causes. It seems some of the relevant information was missing from Mr Tharmarajah’s original application – and therefore we weren’t able to accurately check his eligibility for his new store.

“After speaking to Mr Tharmarajah directly to get the full detail, we were able to properly assess a second application and we’re pleased to say that it was successful. We wish him all the best and look forward to continuing to work with him.”

So it was third time lucky for Ram.